He took the cand.real. degree in 1970 at the University of Bergen. He was appointed as a lecturer at the University of Tromsø in 1973, took the dr.philos. degree here in 1978 and was promoted to a professor in 1979. He served as both dean and prorector there, and chairman of the University Centre in Svalbard. He was a fellow of the Norwegian Academy of Science and Letters from 1993. [1] [2] 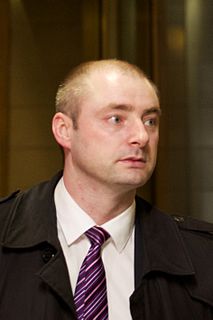 Robert Eriksson is a Norwegian politician for the Progress Party. He served as Minister of Labour and Social Inclusion in Solberg's Cabinet from October 2013 to December 2015.

Bjørn Arild Gram is a Norwegian politician for the Centre Party.

Dag Kavlie is a Norwegian shipping engineer. He was a professor and rector (1984–1990) at the Norwegian Institute of Technology, and later worked for the Research Council of Norway. 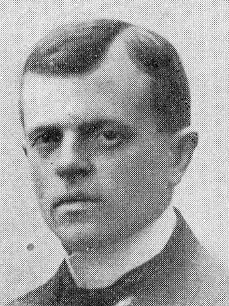 Johannes Gerckens Bassøe was a Norwegian jurist and civil servant. He is known as the first Governor of Svalbard, assuming office in October 1925, although there had been an Acting Governor since August. Bassøe was later County Governor of Troms and Vestfold.

Hårek Elvenes is a Norwegian politician for the Conservative Party.

Tore Gjelsvik was a Norwegian geologist and polar explorer. He headed the Norwegian Polar Institute from 1960 to 1983, and played an important role in the Norwegian resistance during World War II.

Inger Lise Husøy is a Norwegian trade unionist and politician for the Norwegian Labour Party.

Olaf Martin Devik was a Norwegian physicist and civil servant. He worked in academia until 1938, when he became an official in the Norwegian Ministry of Church and Education. During the German occupation of Norway, he fled the country and worked with its government in exile. After the war, he returned to the education ministry until his retirement.

Ole Andreas Krogness was a Norwegian physicist. He worked for the establishment of a geophysical institute in Tromsø, and served as the institute's manager from 1918 to 1922. He was instrumental in many geophysical accomplishments in northern Norway in the early 20th century.

Håvard Alstadheim was a Norwegian economist and politician for the Liberal Party.

Gunnar Bovim is a Norwegian physician and civil servant. He has been the rector at the Norwegian University of Science and Technology from August 1, 2013 to August 21, 2019. After that he will be working with policy matters related to education and research at NTNU and be of disposal to NTNUs top management.

Marit Sandvik is a Norwegian jazz singer. Her husband is guitarist Øystein Norvoll and their daughter is the artist Dagny Norvoll Sandvik.

Tore Hattrem is a Norwegian diplomat and politician for the Conservative Party. In 2018 he was appointed as the Permanent Under-Secretary of State of the Ministry of Foreign Affairs, the top civil servant in the ministry. He is President of the UNICEF Executive Board during 2018.

The Fram Committee Nansen Award is a Norwegian academic award for polar research named after Fridtjof Nansen. The award has been given out since 1961 by the University of Oslo. It can be awarded to Norwegian researchers who, through a dissertation or otherwise, have made significant contributions to the exploration of the polar areas in biology, geography, geophysics, geology, or oceanography. The award is conferred on Nansen's birthday, October 10.