Torgeir Anderssen-Rysst was born at Ålesund in Møre og Romsdal, Norway. A lawyer by profession, [2] he worked as editor of Sunnmørsposten from 1918 to 1928, and again in 1931 and 1934. He served as Minister of Defence in the second government of Johan Mowinckel 1928–1931. [3] Anderssen-Rysst later worked as a tax collector in Ålesund, [3] and served as ambassador to Iceland, remaining in that post until his death. [4] He was also a reserve officer (Norwegian : vernepliktig officer) in the Norwegian Army. [3] 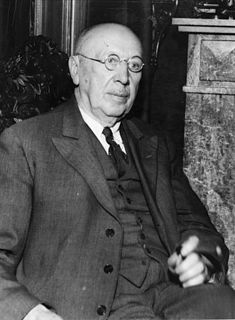 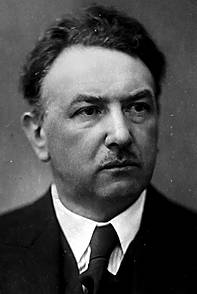 Peder Ludvik Kolstad was a Norwegian politician from the Agrarian Party. He was Prime Minister of Norway from 1931 until his death in 1932.

Anton Ludvig Alvestad was a Norwegian politician and government minister for the Labour Party. Born in Sula, Alvestad was a baker by profession, and owned his own bakery. He was also active in the temperance movement. An active labour politician from an early date, he was among the founding members of the Labour Party of Ålesund. Between 1920 and 1921 he was the first Labour mayor of the city.

Ny-Ålesund Airport, Hamnerabben is an airport serving the research community of Ny-Ålesund in Svalbard, Norway. The airport is owned by Kings Bay, who also owns the company town. The only flights available are to Svalbard Airport, Longyear, operated two to four times a week by Lufttransport using Dornier Do 228 aircraft. The services are organized as corporate charters and tickets are only available after permission from Kings Bay.

Borgund is a former municipality in Møre og Romsdal county, Norway. The municipality existed from 1837 until 1968 when it was merged into Ålesund Municipality. Borgund originally encompassed the large area north of the Storfjorden and south of the Grytafjorden, from the mainland areas of today's Skodje Municipality in the east to the islands of today's Giske Municipality and the ocean in the west. The city of Ålesund was located in the central part of Borgund, however, was not part of Borgund, and it was governed separately. At its dissolution in 1968, the 172.93-square-kilometre (66.77 sq mi) municipality included the islands of Sula, Humla, Tørla, and Ellingsøya, as well as parts of Oksenøya, Hessa, and Nørvøya, plus many minor islands throughout the area. The main church for the municipality was Borgund Church, located at Borgund. The administrative centre of the municipality was at Borgund, near the church, along the Nørvasundet strait.

Kings Bay AS is a government enterprise owned by the Norwegian Ministry of Trade and Industry that operates the entire settlement of Ny-Ålesund on Svalbard. The settlement, the most northerly civilian in the world serves research staff. The company provides the necessary infrastructure, such as transport, real estate, power and water supply, catering and other facilities. The company is also responsible for administering Bjørnøen AS, a government enterprise that owns the entire island of Bjørnøya. In the summer the company also handles cruise ships that arrive at Ny-Ålesund. 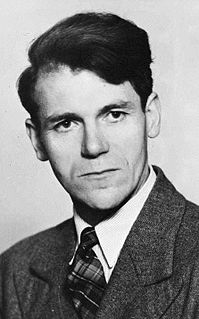 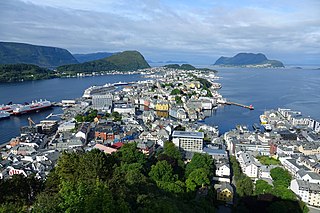 Ålesund is a municipality in Møre og Romsdal County, Norway. It is part of the traditional district of Sunnmøre and the centre of the Ålesund Region. The town of Ålesund is the administrative centre of Ålesund Municipality, as well as the principal shipping town of the Sunnmøre district. The town is a sea port and is noted for its concentration of Art Nouveau architecture. Although sometimes internationally spelled by its older name Aalesund, this spelling is obsolete in Norwegian. However, the local football club Aalesunds FK still carries that spelling, having been founded before the official change.

Monrad Oskar Norderval (1902–1976) was a Norwegian bishop in the Church of Norway.

Kristen Johanssen was a Norwegian attorney and jurist.

Lorentz Wilhelm Brinch was a Norwegian barrister, military officer, banker and politician for the Conservative Party. 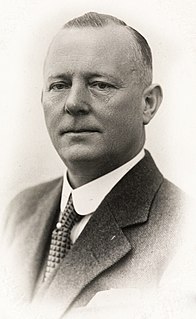 Peter Mathias Bretanus Olsen Røwde was a Norwegian rubber magnate. Famous for the Viking brand of boots and tires, he established a rubber factory in Askim in 1920 and owned such factories in Mjøndalen and Stavanger. He was also a leader of employer associations, local politician and consul-general for Hungary.

Ålesund is a town in Møre og Romsdal county, Norway. The town is the administrative centre of Ålesund Municipality. The centre of the town of Ålesund lies on the islands of Heissa, Aspøya, Nørvøya with newer developments located on the islands of Uksenøya the outer parts of the "urban area" even stretch onto the island of Sula which is in the neighboring Sula Municipality. The town is the main headquarters for the Norwegian Coastal Administration as well as the location of the Sunnmøre District Court.

Eiliv Odde Hauge was a Norwegian military officer, screenwriter, author and museum director. During World War II, he was a member of the Norwegian resistance movement.