Lindgren was the son of Andreas Lindgren and Helga Björk. He studied in Umeå to become a teacher and worked as a teacher until the middle of the 1970s. For several years he was active as a local politician for the Swedish Social Democratic Party. In the 1980s he converted to the Catholic faith.

Lindgren began as a poet in 1965 but had to wait until 1982 for his breakthrough, with the novel The Way of a Serpent (Swedish: Ormens väg på hälleberget). Lindgren's work was translated into more than thirty languages and was one of Sweden's most internationally successful contemporary writers. He became a member of the Swedish Academy in 1991. [2]

The Way of a Serpent

The Way of a Serpent tells the story of a farmer family in a poverty-stricken region in the northern parts of Sweden in the nineteenth century. The family formerly owned its land, but had to sell it cheap during a succession of years of famine. The new owner collects his rent as long as there is money in the household, and exploits the women when there is no money.

The novel was made into a film by Bo Widerberg in 1986.

Lindgren received honorary doctorates from Linköping University (in 1990) and Umeå University (in 2000). He also received a number of other awards, including the following. 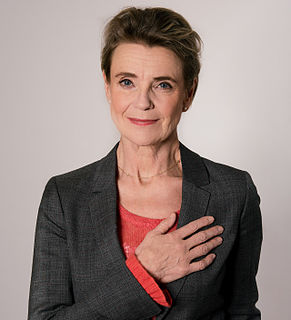 Stina Åsa Maria Ekblad is a Swedish-speaking Finnish actress. Living in Stockholm, she has appeared mostly in Swedish productions. She received a Guldbagge Award for Best Actress in 1987 for her performances in Amorosa and Ormens väg på hälleberget and was nominated again in 1996 for her performance in Pensionat Oskar.

Kurt Niklas Lindgren, known in the media prior to his arrest as Hagamannen, is a convicted Swedish serial rapist. Lindgren was convicted of nine counts of sexual assault in 2006, two of which were labeled attempted murder, in relation to attacks in the city of Umeå from 1998 to 2005. The attacks were all made outdoors, involved physical violence and in some cases attempts to kill his victims. The nickname "Hagamannen" refers to the area in Umeå named Haga where Lindgren made his first assault.

Dilşa Demirbağ-Sten is a Kurdish-Swedish author and journalist. She is the Secretary General of Berättarministeriet, a foundation she co-founded together with Robert Weil and Sven Hagströmer in 2011.

Vladimir Oravsky is a Swedish author and film director.

Per Nilsson is a Swedish author. He worked as a music teacher until the summer of 1999, after which he became a full-time author. He has also written the screenplay Hannah with H, based on his early novel Another way to be young. Between 1997 and 2010, he was a Member the Swedish Children's Book College. 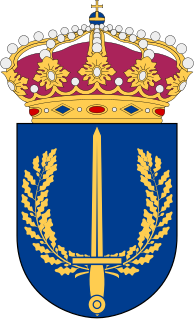 The Swedish Defence University is situated on Drottning Kristinas väg 37 in Östermalm, Stockholm City Centre, next to the campus of the Royal Institute of Technology.

Norra skenet is a sculpture by the artist Ernst Nordin at the Umeå University campus in Umeå in Sweden.

Sweetness is a 1995 novel by Swedish author Torgny Lindgren. It won the August Prize in 1995.

The Way of a Serpent is a 1982 novel by Swedish author Torgny Lindgren.

Maj Bylock was a Swedish children's writer, translator, and teacher. Her works have been translated into Danish, English, Finnish, Faroese, Dutch, Latvian, Norwegian, Polish, Sami, Turkish, and German. She is the recipient of the Litteris et Artibus medal among other awards.