Last updated December 15, 2020
In this Japanese name, the family name is Torii.

Viscount Torii Tadafumi (鳥居 忠文, October 19, 1847 – October 1914) was a Japanese samurai of the late Edo period who served as daimyō of the Mibu Domain in Shimotsuke Province. Succeeded to the family headship in 1870 following his elder brother Torii Tadatomi's retirement due to illness.

He served as Vice Consul to the Kingdom of Hawaii under Taro Ando and was Acting Consul in 1889. [1] [2]

Tadafumi later became a viscount (子爵 shishaku) and a member of the Council of Peers.

Colonel Curtis Piʻehu Iaukea served as a court official, army officer and diplomat of the Kingdom of Hawaii. He later became an influential official for the subsequent regimes of the Provisional Government and the Republic and the Territory of Hawaii.

The Treaty of Amity and Commerce, also called the Harris Treaty, between the United States and Japan was signed on the deck of the USS Powhatan in Edo Bay on July 29, 1858. It opened the ports of Kanagawa and four other Japanese cities to trade and granted extraterritoriality to foreigners, among a number of trading stipulations. 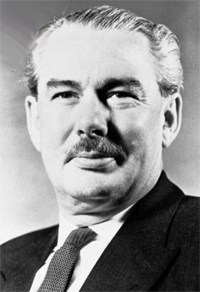 Sir Hugh Selby Norman-Walker was a British colonial official. He served in India from 1938 to 1948. Joining the Colonial Office in 1949, he successively served as an Administrative Officer and an Assistant Secretary in Nyasaland, and was seconded to the Cabinet Office of the Federation of Rhodesia and Nyasaland in 1953. He returned to Nyasaland to become Development Secretary in 1954, Deputy Financial Secretary in 1960 and Secretary to the Treasury in 1961. He remained in the government until 1965 when Nyasaland gained independence as Malawi in 1964. In 1965, Sir Hugh was posted to the Bechuanaland Protectorate as Her Majesty's Commissioner. Knighted in 1966, in September of the same year he witnessed the independence of the Protectorate as Botswana. In the next year, Norman-Walker was posted to the Seychelles as the Governor and Commander-in-Chief but his short tenure came to an end when he was assigned to succeed Sir Michael Gass, who was in turn appointed High Commissioner for the Western Pacific, as Colonial Secretary of Hong Kong in 1969. He was once rumoured to be the designated candidate to succeed Sir David Trench as the Governor of Hong Kong, but the rumour soon died out when the post was taken up by Sir Murray MacLehose, a career diplomat, in 1971. 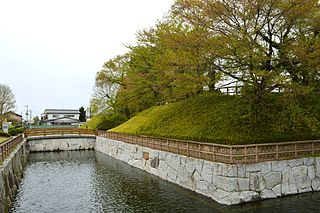 Mibu Domain was a feudal domain under the Tokugawa shogunate of Edo period Japan, located in Tsuga District of Shimotsuke Province, Japan. It was centered on Mibu Castle in what is now part of the town of Mibu, Tochigi. Mibu was ruled through much of its history by a branch of the fudai Torii clan. 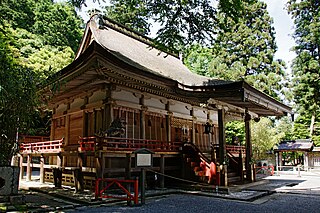 Hiyoshi Taisha is a Shinto shrine located in Ōtsu, Shiga, Japan. This shrine is one of the Twenty-Two Shrines. Hiyoshi Shrine, also known as Hiyoshi jinja (日吉神社) or Hie jinja.

Japanese Consulate-General, Honolulu is Japan's diplomatic facility in the City and County of Honolulu, Hawaii, United States. The facility is located at 1742 Nuuanu Avenue. The facility's jurisdiction includes Hawaii and American Samoa.

Sir Donald Collin Cumyn Luddington, was a British colonial government official and civil servant who served firstly in the Hong Kong Government and became District Commissioner, New Territories and the Secretary for Home Affairs successively, during which he had also served as an official member of the Legislative Council. He was later promoted to Oceania and was High Commissioner for the Western Pacific and Governor of the Solomon Islands during the period from 1973 to 1976. He returned to Hong Kong in 1977 to replace Sir Ronald Holmes as chairman of the Public Service Commission. He was the second person, after Sir Jack Cater, to hold the post of Commissioner of ICAC from 1978 until his retirement in 1980.

Sir David Ronald Holmes was a British colonial government official who served in Hong Kong from 1938. In the Second World War, he was assigned to the British Army Aid Group where he actively took part in a series of guerilla actions in the Far East to resist the Japanese Army and to rescue prisoners of war from the Japanese detention camps. His contribution was recognised by the British government and he was decorated for a number of times. After the war, Holmes played a significant role in reconstructing Hong Kong. In 1954, he was appointed to establish the Resettlement Department, a governmental department which was responsible for constructing resettlement estates for the homeless refugees. Later on he successively served as the Director of Urban Services, the New Territories' District Commissioner and the Director of Commerce and Industry.

The Hiroshima to Honolulu Friendship Torii is a half-size replica of the torii at Itsukushima Shrine located in the Mōʻiliʻili Triangle Park of Honolulu, Hawaii. The replica torii was presented as a gift from Honolulu's sister-city, Hiroshima, where the original torii is located. Although intended as an offering of friendship, this torii caused controversy for using state funds to pay for a religious monument.

John Mākini Kapena was a politician, diplomat and newspaper editor who served many political roles in the Kingdom of Hawaii. He served as Governor of Maui from 1874 to 1876, Minister of Finance from 1876 to 1878 and again from 1883 to 1886, Minister of Foreign Affairs from 1878 to 1880, Postmaster General from 1881 to 1883 and Collector General of Customs from 1886 to 1887. From 1874 to 1875, he accompanied King Kalākaua on his state visit to the United States to negotiate the Reciprocity Treaty of 1875. In 1882, he traveled to Tokyo as Envoy Extraordinary and Minister Plenipotentiary to the Court of Japan to negotiate Japanese immigration to Hawaii.

Marie Gabriel Georges Bosseront d'Anglade was a French diplomat to the Kingdom of Hawaii during the late 19th century. He wrote Un Royaume Polynésien: Îles Hawaï, an account of life in Hawaii from 1889 to 1893. He also served many other consular posts around the world.

Francis Funk or Franz Funk was a lawyer, politician, sheriff and military officer of the Kingdom of Hawaii. He held the rank of Major and served as the Akukana Kenela or Adjutant General of the Hawaiian Army during the reign of King Kamehameha III.

The Honolulu Japanese Chamber of Commerce(ホノルル日本人商工会議所) is a business organization that promotes economic growth in Hawaii and Japan.

Yemyo Imamura(今村恵猛) was a Buddhist priest who was active in Honolulu, Hawaii, and was a leader in the Japanese American community. He was a priest at the Honpa Hongwanji, and started their Young Men's Buddhist Association (YMBA).

Seikan Higa(比嘉静観) was a Methodist minister who was active in Hawaii. He was the first Okinawan minister to practice there.

Masayuki Tokioka was a Japanese businessman and philanthropist in Hawaii. He founded the Island Insurance company and City Bank. He helped to build the San Francisco Peace Pagoda, and served on the boards of many non-profit organizations.