Torill Fjellestad (born 21 April 1982) is a Norwegian former footballer, who most recently played for Jølster IL of the Second Division. [1] She previously played for Toppserien's IL Sandviken. [2]

She has played one match with the Norwegian national team, a friendly against Japan. [3]

Idrettsforeningen Skarp is a Norwegian association football club from Tromsø, which currently plays in the Third Division, the fourth tier of Norwegian football. The club was founded 30 June 1919 and its colors are black and white. It is the third best football team in Tromsø, after Tromsø IL and Tromsdalen UIL. 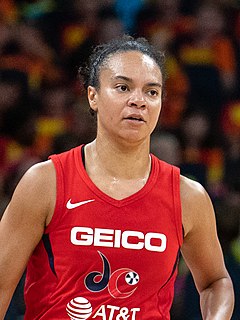 Kristi Renee Toliver is an American-Slovak professional basketball player for the Los Angeles Sparks of the Women's National Basketball Association (WNBA). During her rookie season in the WNBA, Toliver signed an endorsement deal with Nike. 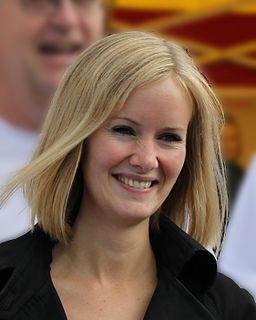 Inger Lise Hansen is a Norwegian politician and a member of the centre-right Christian Democratic Party (KRF). A former leader of the Youth of the Christian People's Party (KRFU) from 2005 to 2007, Hansen was the second Deputy Leader of the party until 2011.

Idrettsklubben Grand Bodø is a Norwegian association football club from Bodø, Nordland. It was founded on 12 April 1917.

Force of the South was a liberal-conservative political party in Italy based in Sicily.

Heidi Weng is a Norwegian cross-country skier and fell runner.

Associazione Sportiva Bisceglie Calcio 1913, commonly referred to as Bisceglie, is an Italian association football club based in Bisceglie, Apulia.

Lunner Idrettslag is a Norwegian sports club from Lunner, Oppland. It currently only has a section for team handball.