Torine Charlotta Torines, née Torissen (11 April 1876 in Linköping - 5 July 1944 in Stockholm), was a Swedish mechanic, known in contemporary Sweden as "The only female mechanic in Scandinavia" and "Doctor of the Sewing machines". [1]

Torine Torines's parents managed the Torine's sewing machine's shop. She herself opened her own business as a mechanic in 1891 at the age of fifteen, with her mother as accountant.

The sewing machine had been introduced to Sweden in the 1850s and was from the 1860s onward so common that it was fully possible for her to support herself by repairing sewing machines. In the late 19th-century, female mechanics was uncommon enough for her to be famed as such, and she was quite possibly the first professional female mechanic in her country. She was very successful and worked as a sewing machine's mechanic for 45 years, until she left the business to her children in 1936.

Torinetäppan, a park in Södermalm in Stockholm, was named after her in 1989. 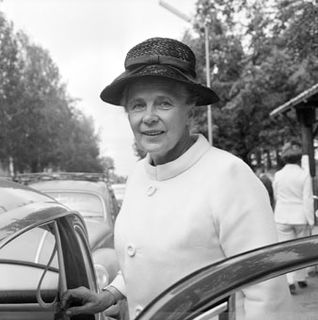 Alva Myrdal was a Swedish sociologist, diplomat and politician. She was a prominent leader of the disarmament movement. She, along with Alfonso Garcia Robles, received the Nobel Peace Prize in 1982. She married Gunnar Myrdal in 1924.

Ulrika Eleonora of Denmark was Queen of Sweden as the wife of King Charles XI.

Louise of the Netherlands was Queen of Sweden and Norway as the consort of King Charles XV / IV. 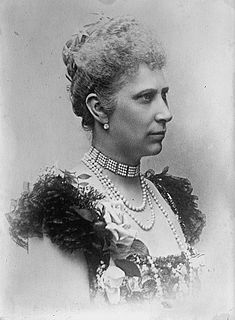 Louise of Sweden, was Queen of Denmark as the spouse of King Frederick VIII. She was the only surviving child of Charles XV of Sweden and his consort, Louise of the Netherlands. She was the mother of both King Christian X of Denmark and King Haakon VII of Norway.

Hervor is the name of two female characters in the cycle of the magic sword Tyrfing, presented in Hervarar saga with parts found in the Poetic Edda. One, the viking Hervör, challenged her father Angantýr's ghost in his gravemound for his cursed sword Tyrfing, and bore Heithrek, father of the other Hervör, a commander killed in battle with her brother. The two are thought by some academics to be the same character, duplicated.

Anna Sophia "Sophie" Hagman, néeAnna Kristina "Stina" Hagman, was a Swedish ballet dancer. She was the official royal mistress to Prince Frederick Adolf of Sweden from 1778 to 1793.

Alice Ingegärd Marianne Timander was a Swedish dentist, but was better known as an entertainer and a Swedish red carpet queen at Stockholm theatre premieres.

Elsa Fougt was a Swedish printer, publisher, book importer and newspaper editor and an important figure in the literary market in the second half of the 18th century Sweden. Between 1772 and 1811, she ran the Royal printing and was responsible for the country's official print. 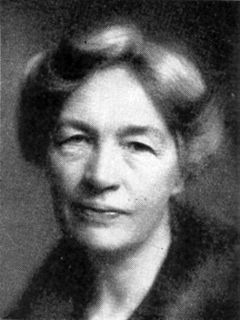 Kerstin Hesselgren was a Swedish politician. Kerstin Hesselgren became the first woman to be elected into the Upper House of the Swedish parliament after the female suffrage in 1921. She was elected by suggestion of the Liberals with support from the Social democrats. 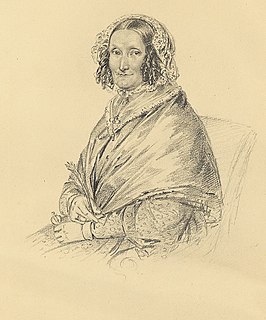 Emilia "Emma" Fürstenhoff, née Lindegren, was a Swedish artist (florist), internationally known for her manufacturing and arrangements of artificial flowers of wax, which were a novelty in contemporary Europe. 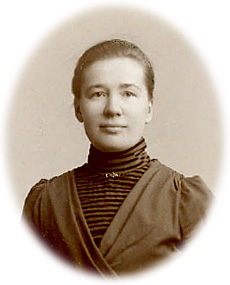 Gertrud Carolina Månsson, was a Swedish municipal politician. She was the first female member in the Stockholm City Council, and also the first elected female politician of her country as a whole (1910).

Events from the year 1876 in Sweden

Events from the year 1944 in Sweden

Events from the year 1838 in Sweden

Saga Becker is a Swedish actress. Becker is known for her work on Something Must Break (2014) for which she was nominated for a Rising Star Award at the Stockholm Film Festival in 2014 and won a Guldbagge Award for Best Female Lead Role in 2015.

Dagmar Sigbritt Lil Karhola Wettergren was a Swedish entrepreneur. Her role in the creation of the paper diaper was noteworthy, as was her appointment as the first female board member in a Swedish public limited company, Husqvarna AB, 1n 1970.

Hulda Lundin was a Swedish tailor and educator who laid the foundation for modern sewing education. She was the founder of the so-called “Swedish public school system of manual training”, and served as Inspectress of Girls' Sloyd in the public schools of Stockholm. The government of Sweden granted Lundin a stipend to the World's Columbian Exposition in Chicago, the only woman thus chosen.