The Torres de Satélite ("Satellite Towers") are a group of sculptures located in the Ciudad Satélite district of Naucalpan, State of Mexico. [1] One of the country's first urban sculptures of great dimensions, had its planning started in 1957 with the ideas of renowned Mexican architect Luis Barragán, painter Jesús Reyes Ferreira and sculptor Mathias Goeritz. The project was originally planned to be composed of seven towers, with the tallest one reaching a height of 200 meters (about 650 feet),[ citation needed ] but a budget reduction forced the design to be composed of only five towers, with the tallest measuring 52 meters (170 feet) and the shortest 30 meters (98 feet).

Goeritz originally wanted the towers to be painted in different shades of orange, but changed his mind later due to some pressure from constructors and investors. It was finally decided that there would be one tower each in red, blue and yellow, the primary subtractive colors, and two in white.

Thus, in the first days of March 1958, the Satélite Towers were inaugurated as the symbol of the newborn and modern Ciudad Satélite.

The towers appear prominently in the surrealist film The Holy Mountain by Alejandro Jodorowsky. The unnamed protagonist is hoisted up the red tower, which he then enters via a circular hole in its side (painted on for the purposes of the film). Within he encounters an Alchemist, and begins a metaphysical transformation.

The World Trade Center Mexico City, also still commonly called by its former name, Hotel de México, is a building complex located in the wealthy neighborhood of Colonia Nápoles in central Mexico City, Mexico. Its most famous and recognizable feature is the 50-story, 207 m (670 ft) high Torre WTC, the biggest building in constructed area, the third tallest building in Mexico City, or fourth when measured by its 191 m (587 ft) roof height.

Lomas Verdes is an upper-middle-class neighborhood located in the north of Mexico City. The community was developed in the late 1960s and is near Ciudad Satélite. Lomas Verdes means "Green Hills" in Spanish, as the terrain had a set of smooth hills covered with green grass and other wild vegetation, which nowadays are totally covered with houses.

The banderas monumentales are a collection of tall flagpoles containing large flags of Mexico located throughout Mexico. They are part of a program started in 1999 under President Ernesto Zedillo that is currently administered by the Secretariat of National Defense. The main feature of these monuments is a giant Mexican flag flying off a 50-meter-high (160-ft) flagpole. The size of the flag was 14.3 by 25 metres and it was flown on a pole that measured 50 metres (160 ft) high. In the time after the decree was issued, many more banderas monumentales have been installed throughout the country in various sizes. Many of the locations were chosen due to significant events in Mexican history that occurred there.

Werner Mathias Goeritz Brunner is a Mexican well-known painter and sculptor of German origin. After spending much of the 1940s in North Africa and Spain, Goeritz and his wife, photographer Marianne Gast, immigrated to Mexico in 1949. 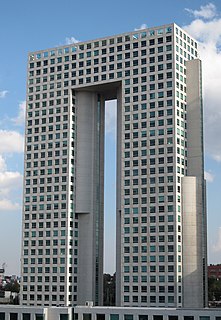 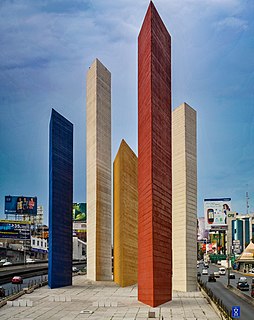 Ciudad Satélite, commonly known as Satélite, is a Greater Mexico City upper middle class suburban area located in Naucalpan, State of Mexico. Officially, the name corresponds exclusively to the homonym neighborhood, Ciudad Satélite, founded circa 1957. With time, the area surrounding it, including upper-class neighborhoods like Lomas Verdes, Echegaray, Paseos del Bosque or Colonial Satélite, alongside adjacent municipalities Atizapán de Zaragoza and Tlalnepantla de Baz, have become collectively known as "Satélite", due to its prominence as both an economically and socially dynamic area.

The Parque de la Ciudad is a former amusement park in the Villa Soldati neighborhood of Buenos Aires, Argentina.

The Torre Bicentenario was a skyscraper project planned for construction in Mexico City. If built, at 300 meters (984 ft) tall, it would surpass the Torre Mayor as the holder of the title of Tallest Building in Mexico and same height as the highest building in Latin America. Torre Bicentenario was officially canceled, as announced by the local government and the involved investors on September 28, 2007. However, some facts indicate that the tower might be built, but not to be completed on the scheduled date.

Mario Pani Darqui was a famous Mexican architect and urbanist. He was one of the most active urbanists under the Mexican Miracle, and gave form to a good part of the urban appearance of Mexico City, with emblematic buildings, such as the main campus of the UNAM, the Unidad Habitacional Nonoalco-Tlatelolco, the Normal School of Teachers (Mexico), the National Conservatory of Music and other big housing projects called multifamiliares. His son Knut is a well-known artist. 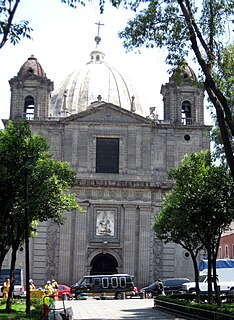 The Nuestra Señora de Loreto Church in the historic center of Mexico City was the last major church constructed during the colonial period. Constructed between 1806 and 1819, the church tilts significantly to one side due to being constructed of stone of two different weights. Loreto is one of a number of churches in the historic district that the Archdiocese of Mexico says is in imminent danger of being lost due to structural damage from the uneven sinking. In front of the church is a plaza named after the church which used to be the site of Mexico City’s first synagogue.

The Cathedral of Our Lady of Valvanera is located southeast of the main plaza, or Zocalo, of Mexico City on the corner of Correo Mayor and Republica de Uruguay in the historic center. The church originally belonged to the Convent of Santo Niño Perdido which was founded in 1573. This would then become a Conceptionist convent in the 17th century, when the church and convent were rebuilt in 1667. It also gained its current name at that time.

The Museo de Arte Popular is a museum in Mexico City, Mexico that promotes and preserves part of the Mexican handcrafts and folk art. Located in the historic center of Mexico City in an old fire house, the museum has a collection which includes textiles, pottery, glass, piñatas, alebrijes, furniture and much more. However, the museum is best known as the sponsor of the yearly, Noche de Alebrijes parade in which the fantastical creatures are constructed on a monumental scale and then paraded from the main plaza or Zocalo to the Angel of Independence monument, competing for prizes.

The Palace of the Marquis del Apartado is a historic residence located in Mexico City, just to the northeast of the city's Zocalo in the Historic center of Mexico City.

The Teatro de la Ciudad was built as the Teatro Esperanza Iris in 1918 and is now one of Mexico City’s public venues for cultural events. The theater is located in the historic center of Mexico City on Donceles Street 36.

Luis Ramiro Barragán Morfín was a Mexican architect and engineer. His work has influenced contemporary architects visually and conceptually. Barragán's buildings are frequently visited by international students and professors of architecture. He studied as an engineer in his home town, while undertaking the entirety of additional coursework to obtain the title of architect.

Centro Cultural Mexiquense is a cultural center located on the western edge of the city of Toluca in central Mexico. The center is run by the State of Mexico government through an agency called the Instituto Mexiquense de Cultura (IMC), the largest and most important of this agency, receiving about 80,000 visitors a year. It contains the Museum of Anthropology and History, the Modern Art Museum and the Museum of Popular Cultures as well as a Central Public Library and the Historical Archives of the State of Mexico, as well as facilities for research. 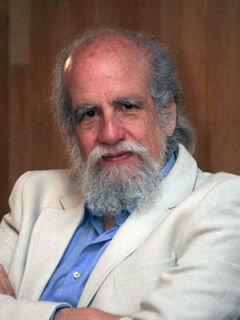