The Toucouleur Empire (also known as the Tijaniyya Jihad state or the Segu Tukulor) (1861–1890) was founded in the mid-nineteenth century by Omar Saidou Tall of the Toucouleur people, in part of present-day Mali.

Omar Tall returned from the Hajj in 1836 with the titles of El Hadj and caliph of the Tijaniyya brotherhood of the Sudan. After a long stay in Fouta-Toro (present day Senegal), he moved to Dinguiraye (to the east of Fouta Djallon in present-day Guinea). This became the staging ground for his 1850 jihad.

Abandoning his assault on the French colonial army after an 1857 failure to conquer Medina fort, Omar Tall struck out against the Bamana Empire with much greater success - first Kaarta and then Segou. [1] Following a decisive victory in the Battle of Segou on March 10, 1861, he made Segou the capital of his empire. A year later he left its management to his son Ahmadu Tall to move against Hamdullahi, the capital of the Fula empire of Massina. Omar Tall failed to conquer Timbuktu, and retreated to Deguembéré, near Bandiagara of the Dogon region. In 1864, he died there in an explosion of his gunpowder reserves.

His nephew Tidiani Tall succeeded him and installed the capital of the Toucouleur Empire at Bandiagara. At Segou, the son Ahmadu Tall continued to reign, successfully suppressing the attempts of several neighboring cities to break away. He came into increasing conflict with his brothers.

In 1890, the French, allied with the Bambara, entered Ségou. Ahmadu Tall fled first to Massina and after his fall in 1893 to Sokoto in present-day Nigeria, marking the effective end of the empire. 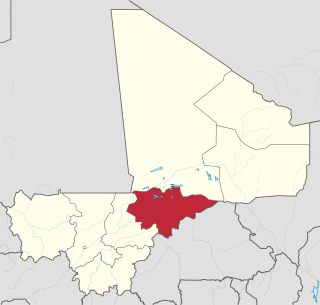 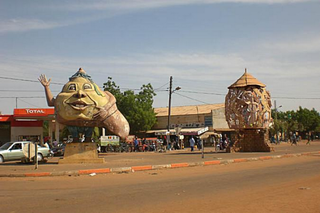 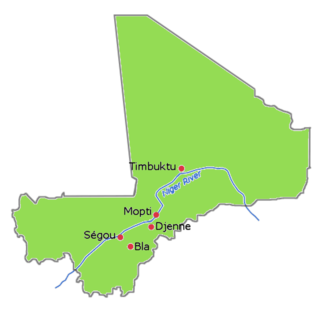 Bandiagara is a small town and urban commune in the Mopti Region of Mali. The name translates roughly to "large eating bowl"—referring to the communal bowl meals are served in. 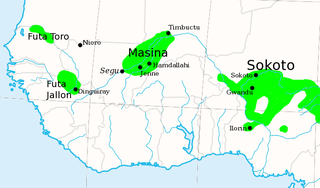 The Siege of Fort Medina took place in 1857 at Médine on the left bank of the Senegal River, in modern-day Mali, when the Toucouleur forces of Omar Saidou Tall unsuccessfully besieged native and French colonial troops under General Louis Faidherbe, governor of Senegal. 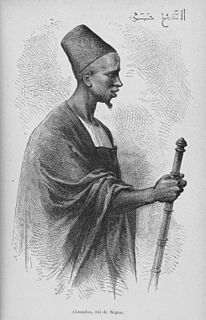 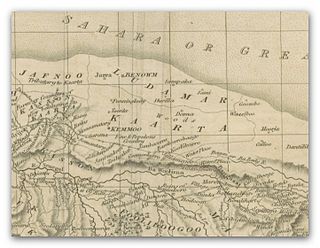 Kaarta, or Ka'arta, was a short-lived Bambara kingdom in what is today the western half of Mali.

Futa Toro, often simply the Futa, is a semidesert region around the middle run of the Senegal River. This region is along the border of Senegal and Mauritania. It is well watered and fertile close to the river, but the interior parts of the region away from the river is porous, dry and infertile. This region is historically significant for the Islamic theocracies, Fulani states, jihad armies and migrants for Fouta Djallon that emerged from here. 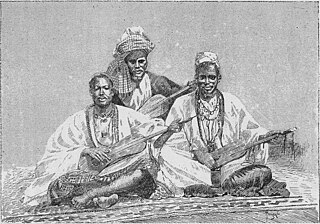 Médine is a village and principal settlement (chef-lieu) of the commune of Hawa Dembaya in the Cercle of Kayes in the Kayes Region of south-western Mali. The village is located 12 km east of Kayes on the left bank of the Sénégal River just downstream of the Félou Falls. The site of the village was historically important as the falls were the furthest point up the Sénégal River from Saint Louis that could be reached by boat. Navigation was only possible after the rainy season when the river was in flood.

Ahmadu can refer to: