Lê Thái Tông, birth name Lê Nguyên Long (黎元龍), was the emperor of Vietnam, the second monarch of the House of Lê from 1433 till his early death nine years later. 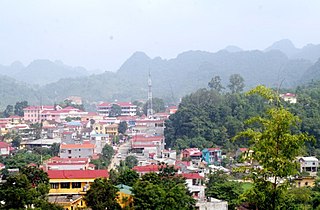 Thạch An is a rural district of Cao Bằng province in the Northeast region of Vietnam. As of 2003 the district had a population of 31,942. The district covers an area of 683 km². The district capital lies at Đông Khê. 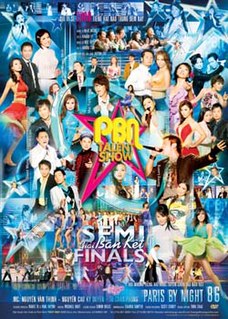 Đặng Thị Huệ was the favorite consort of Trịnh Sâm, ruler of northern Vietnam from 1767 to 1782. According to histories she used to pick tea-leaves, but gained favour with Trịnh Sâm and was made senior concubine with the title Tuyên phi or Consort Tuyên, the highest rank of the Lord's wife.

Lê Uy Mục, also called Lê Tuấn (黎濬), was the eighth emperor of the later Lê dynasty of Vietnam. He was the second son of Emperor Lê Hiến Tông and the elder half-brother of his direct predecessor, Emperor Lê Túc Tông.

Trịnh Thị Ngọc Trinh was a queen consort of Later Lê dynasty. She was the wife of emperor Lê Kính Tông and mother of emperor Lê Thần Tông.