Trường Sơn may refer to:

Đắk Nông, also Ðắc Nông, is a province of Vietnam. It is located in the country's Central Highlands. The provincial capital is Gia Nghĩa.

Dong Son may refer to several places in Vietnam, including: 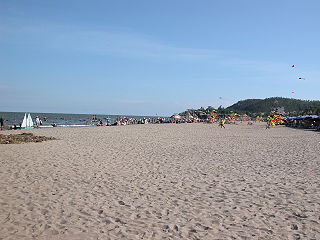 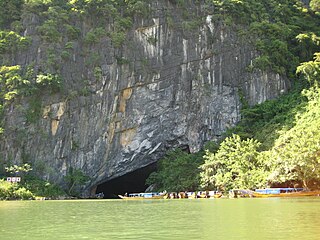 Hà Quảng is a rural district of Cao Bằng Province in the Northeast region of Vietnam.

Hòa An is a rural district (huyện) of Cao Bằng Province in the Northeast region of Vietnam. 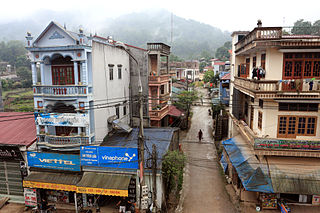 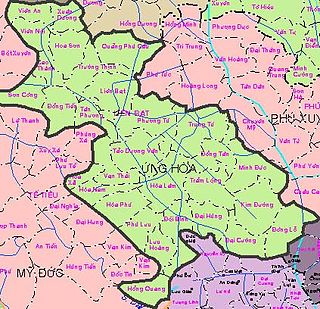 Ứng Hòa is a southern district (huyện) of Hanoi in the Red River Delta region of Vietnam. The River Đáy forms much of the western boundary with Mỹ Đức District. It covers an area of 183.72 square kilometres (70.93 sq mi), and as of 2005 it had a population of 193,731 people. It has 28 communes and one town.

Tam Nông, is a rural district of Phú Thọ Province in the Northeast region of Vietnam. As of 2003, the district had a population of 82,370. The district covers an area of 156 km². The district capital lies at Hưng Hóa.

Trần Phú was a Vietnamese revolutionary and the first general secretary of the Indochinese Communist Party. Several places in Vietnam are named after him:

Hồng Thái may refer to:

Trường Xuân may refer to several places in Vietnam, including:

Quảng Sơn may refer to several places in Vietnam, including: