Trần Minh Quang is a former Vietnamese goalkeeper. He is currently the first coach assistant of Bình Dương . [1]

Caps and goals by year

Bình Dương is a province of Vietnam. It is located in the Southeast region of the country and the Southern Key Economic Zone 2, bordering Bình Phước Province to the north, Ho Chi Minh City (HCMC) to the south and southwest, Tây Ninh Province to the west, and Đồng Nai Province to the east. The province was created from Sông Bé Province on 1 January 1997. 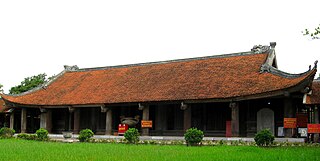 Hải Dương is a city in Vietnam. It is the capital of Hải Dương Province and a highly industrialized province in the Hanoi Capital Region and the Red River Delta in Northern Vietnam. The city is at the midpoint between the capital Hanoi and major port Haiphong, and is part of the Northern Key Economic Zone. In 2019, Hai Duong city had a population of 507,469. 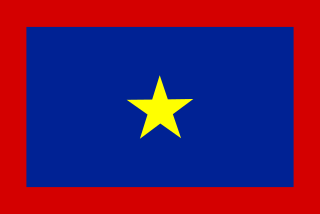 Binh Xuyen Force, often linked to its infamous leader, General Lê Văn Viễn, was an independent military force within the Vietnamese National Army whose leaders once had lived outside the law and had sided with the Việt Minh. During its heyday, Bình Xuyên funded itself with organized crime activities in Saigon while effectively battling Communist forces.

Huỳnh Quang Thanh is a Vietnamese footballer who was a defender for Long An. He was also the captain of the Vietnam national football team. He retired in 2018.

Huỳnh Kesley Alves or Kesley Alves is a retired Vietnamese-Brazilian football striker who played for and captained Vietnamese club Hồ Chí Minh City F.C.. He first joined Bình Dương from Matsubara in 2005 and became famous for his V-League 2005 top goal-scorer award with 21 goals. He gained Vietnamese citizenship in 2009 and has earned one cap with Vietnam national football team.

TDC Bình Dương Football Club is a Vietnamese football club which is based in Thủ Dầu Một, Vietnam. The club won Vietnam Second Division in 2009 and got promoted to 2010 Vietnamese First Division. TDC Bình Dương is under control of Bình Dương Trade & Development Joint-Stock Company. The club squad is mainly composed of young players from V.League 1 club Becamex Bình Dương.

Trần Đức Cường is a Vietnamese footballer who plays as a goalkeeper for Vietnamese club Becamex Bình Dương.

Binh Dinh Football Club, simply known as Binh Dinh, is a Vietnamese professional association football club, based in Qui Nhơn, that plays in the top tier of Vietnamese football, the V.League 1. Their home stadium is Quy Nhơn Stadium which has a capacity of 25,000.

The 2015 National Cup is the 23rd edition of the Vietnamese Cup. It will be sponsored by Kienlongbank, and known as the Kienlongbank National Cup for sponsorship purposes. It began on the 4 April 2015 and will finish on 26 September 2015.

The 2008 Vietnamese National Cup season is the 16th edition of the Vietnamese Cup, the football knockout competition of Vietnam organized by the Vietnam Football Federation.