The Trẹm River (Vietnamese : Sông Trẹm) is a river of Vietnam. It flows through Cà Mau Province and Kiên Giang Province for 36 kilometres and is a tributary of the Ông Đốc River.

Trem da Alegria was a children's musical band based in Brazil. During their tenure from 1984 to 1992, they released eight albums whose total sales surpassed six million copies.

Suva Planina is a mountain in southeastern Serbia. It lies between the towns of Niška Banja to the northwest and Babušnica to the southeast, with a ridge branching towards Bela Palanka to the north. It was previously called Kunovica. 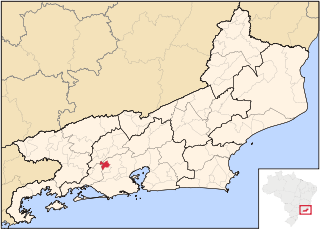 Trem Desportivo Clube, commonly referred to as Trem, is a Brazilian professional club based in Macapá, Amapá founded on 1 January 1947.

Antônio Brasileiro is the fifteenth album by Antônio Carlos Jobim. It was released days after his death in 1994. The album was completed 11 months before his death, and was a critical and commercial success.

Triggering receptor expressed on myeloid cells 1 (TREM-1) is a protein that in humans is encoded by the TREM1 gene. TREM-1 is a surface receptor that amplifies inflammatory processes in vitro.

Triggering receptor expressed on myeloid cells 2 also known as TREM-2 is a protein that in humans is encoded by the TREM2 gene. The TREM-2 protein is expressed primarily in immune cells across many different tissues. In the brain, this receptor is found in microglia, which are the central nervous system's immune response system. In the liver, TREM2 is expressed in a multitude of cells, notably in macrophages that respond to insults to the tissue. In the bowel and intestine, TREM2 is found on dendritic cells. In these and other tissues, TREM2 is increasingly becoming an important receptor in different inflammatory diseases, and may have future potential as a therapeutic target.

Vĩnh Thuận is a rural district of Kiên Giang province in the Mekong River Delta region of Vietnam. As of 2003 the district had a population of 133,539. The district covers an area of 608 km². The district capital lies at Vĩnh Thuận.

Lô Borges is a Brazilian songwriter, singer and guitarist. 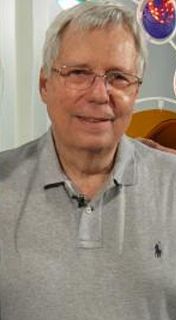 Roberto Farias was a Brazilian film director, producer and screenwriter. He directed 15 films during his career. His 1982 film Pra Frente, Brasil was entered into the 33rd Berlin International Film Festival. Farias' brother Reginaldo Faria is also a film director and actor.

Trí Phải is a commune (xã) and village in Thới Bình District, Cà Mau Province, in southern Vietnam. The village centre is approximately 34 kilometres (21 mi) by road north of Cau Mau, and lies at the crossroads of the QL63 and DT981 roads and two canals, connected to the Trẹm River.

Oklahoma Cyclone is a 1930 American pre-Code Western film directed by John P. McCarthy that is a forerunner of the singing cowboy genre. It stars Bob Steele in his second talking picture playing the title role and singing. The film was released by Tiffany Pictures. The film was remade as Song of the Gringo.

Água Branca is a train station on CPTM Line 7-Ruby, in the district of Água Branca in São Paulo. In the future, it will be connected with São Paulo Metro/Move São Paulo Line 6-Orange and CPTM Line 8-Diamond and Regional Trains.

Nangibotide is an inhibitor of TREM-1, a receptor found on certain white blood cells. Activation of TREM-1 stimulates inflammation. Nangibotide is therefore being investigated as a treatment for the overwhelming inflammation typically seen in severe sepsis.