Trịnh Kiểm (1503–1570) ruled northern part of Vietnam from 1545 to 1570. Trịnh Kiểm was the founder of the Trịnh Lords or House of Trịnh who ruled Dai Viet while a succession of figurehead Later Lê Emperors took the role as puppet government. During his rule, the war with the Mạc Dynasty continued. [1] [2] Although he was the de facto ruler of Dai Viet during his reign, he never claimed himself title of Lord, hence he is not the first official Trịnh Lord but his son Trịnh Tùng is the first. Later Trịnh Kiểm was posthumously proclaimed Trịnh Lord by his descendants.

Trịnh Kiểm claimed descent from Trịnh Khả, who was one of the top aides of Lê Lợi and later became the top official during the reign of child-king Lê Nhân Tông. His relationship to the General Trịnh who defeated a rebel army in 1511 and then led a rebellion of his own in 1517 is unknown. Also unknown is his relationship to Trịnh Duy Dai and Trịnh Duy Sản (two of the leaders of the first revolt against Mạc Đăng Dung).

A second revolt against Mạc Đăng Dung took place not long after Dung usurped the throne and proclaimed himself Emperor of Vietnam in 1527. This second revolt was led by Nguyễn Kim whose second-in-command was his son-in-law, Trịnh Khiêm (who married Kim's daughter Ngoc Bao). The second revolt allowed the Nguyễn-Trịnh army to capture the Western Capital (Tay Do) and enthrone Emperor Lê Trang Tông, in 1533.

The Nguyễn-Trịnh alliance sent a formal embassy to China that denounced the usurpation of Mạc Đăng Dung and asked for help. In 1536, the Chinese delegation concluded that Dung had usurped the throne of the Lê Emperors. After hearing the report, the Jiajing Emperor dispatched an army that arrived on the border of Vietnam in 1537. However, with protestations of loyalty to the Ming Dynasty and the offer of a piece of north Vietnam to the Chinese, Mạc Đăng Dung convinced the Chinese to leave. The official position of the Chinese government was that the Mạc Dynasty should rule in the north and the Lê government should rule in the south. The Nguyễn-Trịnh alliance refused to accept this settlement, continuing the war.

In 1541, Mạc died and his grandson, Phước Hải, took over. In 1545, Nguyễn Kim was assassinated by a Mạc supporter. Nguyễn had two young sons (Nguyễn Hoàng and Nguyễn Uông) but Trịnh Kiểm took control of the Royal army. [3] [4] [5]

The Nguyễn-Trịnh alliance, now under the command of Trịnh Kiểm, continued to fight the Mạc. A new king was enthroned as Lê Trung Tông in 1548, then another Lê king, Lê Anh Tông, was enthroned in 1556. In 1558 the eldest son of Nguyễn Kim, Nguyễn Hoàng, was sent to the south to take control over the recently conquered province of Quảng Nam. By 1665, the Royal (Trịnh) army had captured all provinces south of the Red River and were threatening Hanoi.

In 1569, in failing health, Trịnh Kiểm passed power to his eldest son, Trịnh Coi. In 1570, Trịnh Kiểm died. In the same year, Trịnh Coi was defeated by a Mạc army and was replaced by his younger, more capable brother, Trịnh Tùng.

The history of Vietnam can be traced back to around 20,000 years ago. Archaeological findings from 1965, still under research, show the remains of two hominins closely related to Sinanthropus, dating as far back as the Middle Pleistocene era, roughly half a million years ago. Pre-historic Vietnam was home to some of the world's earliest civilizations and societies—making them one of the world's first people who practiced agriculture. The Red River valley formed a natural geographic and economic unit, bounded to the north and west by mountains and jungles, to the east by the sea and to the south by the Red River Delta. The need to have a single authority to prevent floods of the Red River, to cooperate in constructing hydraulic systems, trade exchange, and to fight invaders, led to the creation of the first legendary Vietnamese states approximately 2879 BC. While in the later times, archaeologists have suggested the Đông Sơn culture found in Northern Vietnam, Guangxi and Laos was around 700 BC. 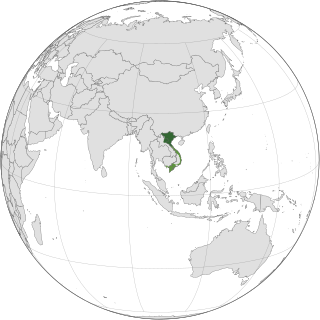 The Lê dynasty, also known as Later Lê dynasty, was the longest-ruling Vietnamese dynasty, ruling Đại Việt from 1428 to 1789. The Lê dynasty is divided into two historical periods – the Early period or Lê sơ triều before usurpation by the Mạc dynasty (1527–1683), in which emperors ruled in their own right, and the restored period or Revival Lê, in which figurehead emperors reigned under the auspices of the powerful Trịnh family. The Restored Lê period is marked by two lengthy civil wars: the Lê–Mạc War (1533–1592) in which two dynasties battled for legitimacy in northern Vietnam and the Trịnh–Nguyễn War (1627-1672) between the Trịnh family in Tonkin and the Nguyễn lords of the South.

The Trịnh lords, formal title Trịnh Viceroy, also known as Trịnh clan or the House of Trịnh, were a noble feudal clan who de facto ruled northern Vietnam during the Later Lê dynasty. The Trịnh lords and their rivals the Nguyễn were both referred to by their subjects as Chúa (lord) and controlled the country while the Later Lê emperors were reduced to only a titular position. The Trịnh lords traced their descent from Trịnh Khả, a friend and advisor to the 15th-century Vietnamese Emperor Lê Lợi. The Trịnh clan produced 12 lords that dominated the royal court of Later Lê dynasty and ruled northern Vietnam for more than 2 centuries.

The Nguyễn lords, also known as the Nguyễn clan or House of Nguyễn, were rulers of Đàng Trong in Central and Southern Vietnam, as opposed to Đàng Ngoài or Outer Realm, ruled by the Trịnh lords. 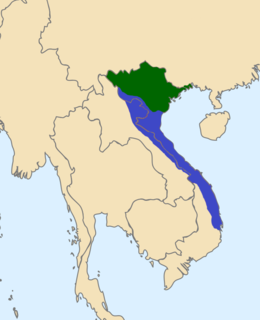 The Mạc dynasty, as known as Northern Mạc or House of Mạc ruled the whole of Đại Việt between 1527 and 1533 and the northern part of the country from 1533 until 1592, when they lost control over the capital Đông Kinh for the last time in their wars against the Lê dynasty. Subsequent members of the Mạc dynasty ruled over the province of Cao Bằng until 1677.

The Trịnh–Nguyễn Civil War was a 17th century lengthy civil war waged between the two ruling families in Vietnam, the Trịnh lords of Tonkin and the Nguyễn lords, centered in today's Central Vietnam. The wars resulted in a long stalemate and century of peace before conflicts resumed in 1774 resulting in the emergence of the Tây Sơn dynasty. 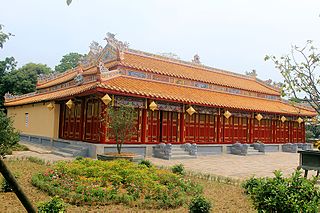 Ngô Quyền, formally King Ngô, is often referred as First King Ngô, was a warlord and Vietnamese monarch who reigned the independent kingdom of Tinh Hai, ruling from 939–944. He defeated the Southern Han kingdom at the Battle of Bạch Đằng River north of modern Haiphong and ended 1,000 years of Chinese domination dating back to 111 BC under the Han dynasty and consolidated the Vietnamese independence. A central district in modern Haiphong is named after him. 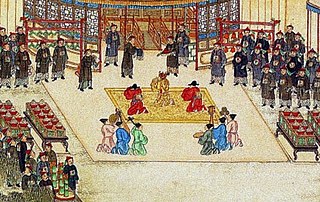 Lê Chiêu Thống (1765–1793), born Lê Duy Khiêm and later Lê Duy Kỳ, was the last emperor of the Vietnamese Lê dynasty. He was overthrown by the Tây Sơn dynasty. He appealed to the Qing dynasty of China to help regain the throne but failed after losing the Battle of Ngọc Hồi-Đống Đa. Afterwards, he no longer received support from the Qing emperor, relatives of the Lê family were imprisoned in Vietnam, and he died in China.

Lê Trung Tông, birth name Lê Huyên (黎暄), imperial name Vũ Hoàng đế, was the 13th emperor of Vietnamese Later Lê Dynasty, reigned from 1548 to 1556. He succeeded Lê Trang Tông (1533–1548) and was succeeded by Lê Anh Tông (1556–1573). Though power remained with the Nguyen Lords having seized control of the southern part of the country up to Thanh Hoa since 1545, and the north divided between the last emperors of the Mạc dynasty and the Trịnh Lords.

Nguyễn Bặc, also known with the title Định Quốc Công (定國公) was a Vietnamese mandarin and general who served as the Grand Chancellor of Đinh dynasty and was the first chancellor in Vietnamese history. He helped future emperor Đinh Bộ Lĩnh put an end to the troubles of the Anarchy of the 12 Warlords and to establish the short-lived Đinh dynasty. After Đinh Bộ Lĩnh and his chosen successor Đinh Liễn were murdered by a palace official, Đỗ Thích, Nguyễn Bặc captured the murderer and had him executed. He then tried unsuccessfully to organize resistance to Lê Hoàn. According to Nguyễn Phúc tộc thế phả, Nguyễn Bặc is the ancestor of the Nguyễn clan, followed by founding of Nguyễn lords by Nguyễn Hoàng in 1569 and Nguyễn dynasty in 1802 under the emperor Gia Long. Moreover, he was considered as one of the "seven heroes of Giao Châu" according to Việt Sử tân biên including: Đinh Bộ Lĩnh, Đinh Liễn, Lê Hoàn, Đinh Điền, Phạm Hạp and Phạm Cự Lượng. 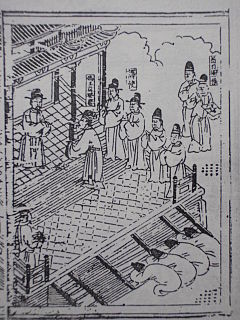 The Lê–Mạc War was a 44 year-long civil war waged between two Vietnamese dynasties, the Mạc and Revival Lê, during the Southern and Northern Dynasties period of Vietnamese history.