Trio Los Condes is a Puerto Rican music trio that has had international success throughout Latin America and in the United States. The trio has released several albums, including collaborations with Tito Lara, Armando Manzanero, Julio Angel, [1] Manny Manuel and others. The trio was formed in 1959 in Manhattan, New York City. The original members were Rafael "Rafita" Maldonado, lead singer and guitar; José Luis "Tato" Díaz Rodríguez, second harmony singer and guitar; and Fernando Ramos, [2] requinto player, third harmony singer and director. [3] [4]

Their career spanned more than 4 decades. In the 1960s, the Trio played at international venues as far as Montreal, Canada. [5] In 2017, the Trio was still actively performing at local venues. [6] 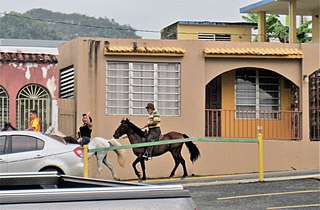 Ciales is a town and municipality of Puerto Rico, located on the Central Mountain Range, northwest of Orocovis; south of Florida and Manatí; east of Utuado and Jayuya; and west of Morovis. Ciales is spread over eight barrios and Ciales Pueblo. It is part of the San Juan-Caguas-Guaynabo Metropolitan Statistical Area.

Johnny Albino was a Puerto Rican bolero singer, born in Yauco, Puerto Rico but lived most of his life in Guayama, Puerto Rico.

Sylvia Rexach, was a comedy scriptwriter, poet, singer and composer of boleros.

Jesse Calderón is a well known show host from Puerto Rico. He is the host of El Show del Mediodia, a daily midday show televised by Televicentro Puerto Rico. 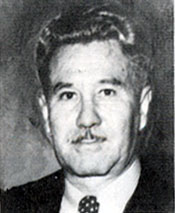 Jerry Rivera is a Puerto Rican salsa singer and songwriter.

"En mi Viejo San Juan" is a composition by Puerto Rican composer and singer Noel Estrada. Interpreted by numerous singers and translated into various languages, the song is "widely known around the world". There are musical interpretations in German, English and French. Over 1,000 distinct recordings of the song have been made worldwide.

Lorenzo Santiago "Chago" Alvarado Santos (1920–1982) was a Puerto Rican singer, composer, and guitarist. He became internationally famous with Johnny Albino and Félix ("Ola") Martínez as part of the Trío San Juan during the years 1949–1957. Among his best tunes was the 1956 bolero named "Siete notas de amor".

Carmín Vega is a Puerto Rican singer and comedian. She has been called "the woman with a thousand voices and a thousand faces".

The Ponce Municipal Band, also known as Centenaria Banda Municipal de Ponce, is the band of the municipality of Ponce, Puerto Rico. The band is the oldest continuously-performing band in the Caribbean and the oldest music group in Puerto Rico. It has performed its open-air concerts for over 125 years. The current director is Juan García Germaín. It has 42 members between 25 and 83 years old. It operates within the jurisdiction of the Oficina de Desarrollo Cultural of the autonomous municipality of Ponce. Its headquarters are located at the Centro Integrado para el Fortalecimiento de las Artes Musicales, next to Teatro La Perla.

Cafêzz is a Caribbean / world / jazz / fusion band formed in San Juan, Puerto Rico during the summer of 2014.