TripActions is a travel management, corporate card and expense management company for businesses. [1] Booking and managing travel and expenses can be done on the web or via a smartphone app. [2]

The Palo Alto, California-based travel company, TripActions Inc., was founded in May 2015 by Ariel Cohen and Ilan Twig (also the founders of StreamOnce, acquired by Jive Software). [3]

In May 2015, TripActions received a $4 million Seed round led by Zeev Ventures with participation from Dovi Frances and Lightspeed Venture Partners.

In January 2016, TripActions received $14.6 million series A round led by Oren Zeev Ventures and Lightspeed Venture Partners with participation from Group 11. The company officially launched out of stealth mode and announced their funding in January 2017. [4] In October 2017, the company announced that they had raised an additional $12.5 million led by Lightspeed with participation from Zeev Ventures and Group 11. [5]

The company moved in June 2017 from Menlo Park, California to its headquarters in Palo Alto. [6]

In March 2018, the company announced a $51 million Series B round led by the same two investors with participation from prior investors. [6]

In July 2018, TripActions announced its international expansion to Europe with an office in London and their European headquarters in Amsterdam. [1] They shared potential plans to expand to the Asia-Pacific region to scale their customer support infrastructure. [7]

In September 2018, the company opened an office in Sydney, Australia.

In November 2018, the company announced a valuation north of $1 billion and a $154 million Series C funding round led by new investor Andreessen Horowitz, with participation from repeat investors Lightspeed Venture Partners, Zeev Ventures, and Group 11. [8] Ben Horowitz joined the Board of Directors.

In February 2019, the company announced its new flight storefront in alignment with major airline partners and industry association ATPCO. [9] The storefront includes branding and imagery of cabin classes and amenities for each airline. It works for domestic and international flights, including international-to-international itineraries, and for flights on joint venture partners of American, Delta and United. [10]

Later in February 2019, TripActions was recognized as one of Fast Company's Most Innovative Companies in Travel for 2019. [11]

In June 2019, the company announced its NDC-enabled platform in partnership with United Airlines. [12] At the same time, TripActions raised a $250 million Series D funding round from Andreessen Horowitz, Zeev Ventures, Lightspeed Venture Partners and Group 11. The total valuation of the company reached $4 billion. [13]

In September 2019, the company announced its carbon impact initiative through providing customers visibility into the emission output of their travel programs. [14] In the same month, TripActions was recognized in the Top 20 of the Forbes Cloud 100 award. [15]

In November 2019, TripActions announced that it had enabled an NDC-enabled direct connection to the Lufthansa Group. [16]

In December 2019, the company announced the addition of Thomas Tuchscherer as Chief Financial Officer to scale corporate development and finance operations. [17]

In February 2020, TripActions launched TripActions Liquid, a payment, expense and reconciliation technology integrated into its core platform. [18] Alongside that announcement, the company announced the security of $500 million on credit to fuel the platform. [19]

In May 2021, TripActions announced that it had acquired UK corporate travel management specialist Reed & Mackay. [23]

All functionality including administrative travel management can be done through the desktop and mobile application. Users have the ability to book trips, file receipts, modify reservations, track travel itineraries, chat with travel support agents, receive real-time notifications, and reconcile expenses. [26]

TripActions partners with multiple suppliers in the market to provide users with a wide array of travel selection. Inventory on the platform comes from consumer, corporate, and direct integrations. [27]

TripActions Liquid provides companies and employees with a suite of tools to manage and track spend. With physical and virtual cards, smart approval workflows, automated expense reports and centralized billing, the technology is positioned as a modern alternative to legacy payment and expense systems.

The system's admin dashboard tracks company spend, potential savings, and employees' travel and spend patterns. In accordance with duty of care, the admin dashboard features a live map that shows where employees are traveling in real time. Finance and travel teams can contact travelers directly within the application in emergency situations. [29]

The company partners with Sabre Corporation and the Amadeus IT Group for Global distribution system content and is a member of the Priceline Group Affiliate Network as well as the Expedia, Inc. Partner Network to combine inventories for flights, accommodations, and rental cars from direct, corporate, and consumer sites. Users can access mobile apps for Uber and Lyft in their mobile travel itineraries while traveling. [30]

TripActions Liquid is powered by partnerships with Stripe (company) and Visa Inc.

Tripadvisor, Inc. is an American online travel company that operates a website and mobile app with user-generated content and a comparison shopping website. It also offers online hotel reservations and bookings for transportation, lodging, travel experiences, and restaurants. Its headquarters are in Needham, Massachusetts.

Agoda.com or just Agoda is a Singaporean online travel agency for hotels, vacation rentals, flights, and airport transfer. It is owned by Agoda Company Pte. Ltd., headquartered in Singapore, and it is currently a subsidiary of Booking Holdings.

Airbnb, Inc. is an American company that operates an online marketplace for lodging, primarily homestays for vacation rentals, and tourism activities. Based in San Francisco, California, the platform is accessible via website and mobile app. Airbnb does not own any of the listed properties; instead, it profits by receiving commission from each booking. The company was founded in 2008 by Brian Chesky, Nathan Blecharczyk, and Joe Gebbia. Airbnb is a shortened version of its original name, AirBedandBreakfast.com. 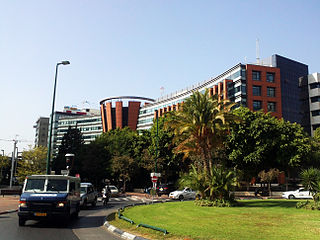 HotelTonight is a travel agency and metasearch engine owned by Airbnb and accessible via website and mobile app. It is used to book last-minute lodging in the Americas, Europe, Japan and Australia.

eDreams ODIGEO is a Spanish online travel company that was formed in 2011 as the successor of eDreams with the merger of online travel agencies eDreams and GO Voyages, and the acquisition of Opodo.

Busbud is a travel website specializing in intercity bus tickets.

Booking Holdings Inc. is an American travel technology company organized in Delaware and based in Norwalk, Connecticut, that owns and operates several travel fare aggregators and travel fare metasearch engines including namesake and flagship Booking.com, Priceline.com, Agoda.com, Kayak.com, Cheapflights, Rentalcars.com, Momondo, and OpenTable. It operates websites in about 40 languages and 200 countries.

Gogobot was an online travel business headquartered in Palo Alto, California. The company was rebranded Trip.com in November, 2016 and acquired by the Ctrip Group in 2017. Founded in 2010, by Travis Katz and Ori Zaltzman, by 2014 the company was the fifth most visited travel-planning site in the United States.

Lola.com is a software as a service (SaaS) company based in Boston, Massachusetts. It is best known for developing corporate travel management and expense software for web browsers, the App Store and Google Play. The company was founded in 2015 by former Kayak.com executives, Paul M. English and Bill O'Donnell.

TravelPerk is a travel management company that sells its services to businesses. It provides travel and expense management services for businesses by automating spending limits and travel policies. It is headquartered in London, Barcelona, Berlin and has raised $134 million in six funding rounds.

RedDoorz is a Singapore-based hotel company and hospitality brand that operates in Southeast Asia. The company aggregates existing budget hotels, offers staff training, provides access to digital services, and rebrands the hotels as RedDoorz. It was founded in 2015 and, as of October 2019, it maintains 1,500 properties over 100 cities across Singapore, Indonesia, Vietnam, and the Philippines.