Trip Trip (stylised as trip trip) is Kokia's second album, released in January 2002. [1] [2] It was her first album released with Victor Entertainment, and her only released under Gai Records management (though Kokia worked with both companies for her collaborations with Ryuichi Kawamura on his ЯKS album, Kanata Made , in 2000). [2] [3] Unlike Songbird , the album was self-produced. [4]

The opening track, "Chōwa Oto," was later re-arranged and used as the opening theme song for the animated film Origin: Spirits of the Past in 2006. It was released as the second A-side on the single " Ai no Melody/Chōwa Oto (With Reflection) " (愛のメロディー／調和 ｏｔｏ～ｗｉｔｈ ｒｅｆｌｅｃｔｉｏｎ～, Melody of Love/Harmony, Sound (With Reflection)), [5] and also features on her greatest hits album Pearl: The Best Collection in this re-arranged version. [6] No other songs from the album featured due to licensing issues with Gai Records. [4]

After Kokia's initial recognition in Hong Kong, [7] some of these singles were released in the Chinese speaking world. "Say Hi!!" was released as a special five track release (featuring "Tomoni," its B-side, "Yes I Know" and an instrumental track as added songs), while "Tenshi" was released in a standard form. [10] [11] Both of the overseas releases were delayed after their initial Japanese release (Say Hi!! by three weeks, Tenshi by two). Kokia also performed at two high-profile concerts to coincide with these releases: the 13th anti-drug concert in Hong Kong on November the 17th to 30,000 people, [12] and the annual Taiwanese New Year's concert to 120,000. [7]

The album did not chart on the Japanese Oricon albums charts. [9]

Reception by critics was positive. CDJournal praised Kokia for her song-writing skills and vocal variations. [13] Music critic Hiroshi Suzuki believed the strength of the album came from the self-conscious nature of Kokia's songwriting, comparing her sound to early Kate Bush. [16]

JaME World noted a Middle Eastern sound in the music, as well as the variety of instruments and genres used. [14] Both JAME World and MTV Taiwan found the album to be showing an apparently more honest and sincere side to herself, in comparison to her debut album Songbird . [15]

MTV Taiwan found her lyrics to be poetic, and praised the aspects of nature and humanity expressed in her music. [15] They also believed the comparison of Kokia as the Japanese Enya and successor to Miyuki Nakajima to be wrong, instead citing that "KOKIA is KOKIA," describing her voice as less ethereal and more energetic and humane. [15]

All songs written and produced by Kokia. The mainland Chinese bonus track, "Current," was used in Suntory Oolong tea commercials in Shanghai. [17]

Rainie Yang is a Taiwanese singer, actress, and television host.

Akiko Yoshida is a Japanese singer and songwriter performing under the stage name Kokia. Her most well known songs are "Arigatō..." and "The Power of Smile" (which topped at No. 8 in the singles chart). She is also recognized for her numerous contributions to anime/game soundtracks, the most notable being "Ai no Melody/Chōwa Oto " for the film Origin: Spirits of the Past, "Follow the Nightingale" for the game Tales of Innocence, and "Tatta Hitotsu no Omoi" for the anime Gunslinger Girl: Il Teatrino.

The discography of Japanese singer Kokia consists of fourteen studio albums, five compilations albums, four extended plays and 35 singles. Kokia has also released several music videos, mostly centred on her Mother Land management era with Victor Entertainment. Kokia has contributed to many soundtracks, mostly for games and anime. She has written several songs for other artists, most notably "Inori", a song sung by Mobile Suit Gundam 00 voice actor Ayahi Takagaki in the role of her character Feldt Grace.

Songbird is Kokia's debut album, released on July 16, 1999. It is her only album released under Pony Canyon, the rest being released with Victor Entertainment or Wasabi Records. 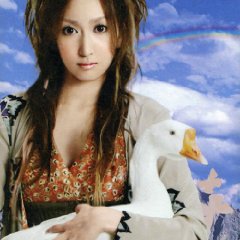 Remember Me is Kokia's third album, released in November 2003. It is currently her most commercially successful release, reaching #15 on the charts due to the success of the singles "Kawaranai Koto " and "The Power of Smile/Remember the Kiss."

Real World is Kokia's 11th studio album, released on March 31, 2010. Kokia travelled to the Tunisian Sahara for inspiration for songs on the album. Because of this, much of the promotional material is themed around her trip to Tunisia, including the album booklet and the music video for "The Woman."

Uta ga Chikara is Kokia's fourth album, released in July 2004, eight months after her last album, "Remember Me." The album centres on inspirational songs, including the official song for the Japan team at the 2004 Summer Olympics, "Yume ga Chikara."

Aigakikoeru: Listen for the Love is Kokia's fifth album. It was originally released under Wasabi Records in France in November 2006, however was eventually released in Japan six months later. "Aigakikoeru" means "Love Can Be Heard."

The Voice is Kokia's sixth studio album, released in February 2008. It is the first of four album releases in 2008 celebrating her 10th anniversary as a singer.

"Follow the Nightingale" is a song by Kokia, released as her 18th single on November 21, 2007. The song, along with the single's B-side "Say Goodbye & Good Day," were used as the opening and ending theme songs for the Nintendo DS game Tales of Innocence. 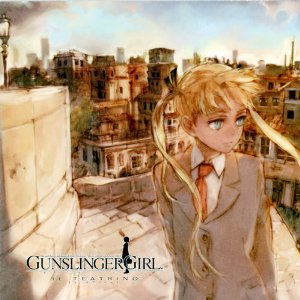 "Tatta Hitotsu no Omoi" is a song by Kokia, released as her 19th single on January 23, 2008, a month before her sixth studio album The Voice. The song was used as the opening theme song for the anime Gunslinger Girl's second series, Gunslinger Girl: Il Teatrino. To date it is her only single released through anime retailer Marvelous Entertainment.

"Ai no Melody/Chōwa Oto " is Kokia's 15th single, released on January 1, 2006, a month before her greatest hits collection Pearl: The Best Collection. The songs were used as the ending and opening theme songs for the animated film Origin: Spirits of the Past. "Chōwa Oto " is a re-recording of her song "Chōwa Oto" from her Gai Records' management era album Trip Trip (2002).

"The Power of Smile/Remember the Kiss" is Kokia's 10th single, released on September 24, 2003. It is currently Kokia's most commercially successful single, after being used as the Kao Essential Damage Care shampoo commercials in 2003, featuring actress Yūko Takeuchi.

"Kawaranai Koto " is Kokia's 9th single, released on May 21, 2003. It is Kokia's second most commercially successful single after "The Power of Smile/Remember the Kiss," due to being used as the daytime TV drama Itoshiki Mono e's theme song.

"Yume ga Chikara" is Kokia's 12th single, released on June 23, 2004. It was the lead single from Kokia's fourth studio album Uta ga Chikara, and was used as the official cheering song for the Japan team at the 2004 Summer Olympics.