The Tripartitum or Opus Tripartitum (in full, Latin : Tripartitum opus iuris consuetudinarii inclyti regni Hungariae, "Customary Law of the Renowned Kingdom of Hungary in Three Parts") is a manual of Hungarian customary law completed in 1514 by István Werbőczy and first published at Vienna in 1517. Although it never received official approval, it was highly influential and went through fifty editions in three hundred years. [1] The Tripartitum did not include the so-called written law (parliamentary laws, royal decrees and statutes of the assemblies of the counties and the statutes of the free royal cities), which were always recorded in the law books after the decisions.

Werbőczy was a petty nobleman and the Tripatitum "enshrines the ideals of a typical contemporary member of his class". [1] It asserts the privileges of the nobility against the crown, the equality of all nobles as against the claims of superiority of the upper nobility (magnates) and the onerous duties of serfs. A peasant revolt led by György Dózsa had been suppressed earlier in 1514, which influenced Werbőczy harsh treatment of serfs. The Tripartitum played a large role in perpetuating Hungary's feudal system. [1]

Louis II was King of Hungary, Croatia and Bohemia from 1516 to 1526. He was killed during the Battle of Mohács fighting the Ottomans, whose victory led to the Ottoman annexation of Hungary. He had no legitimate issue. 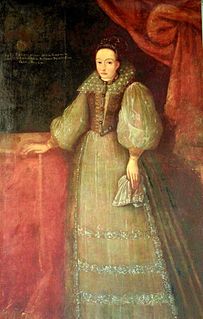 The Hungarian nobility consisted of a privileged group of people, most of whom owned landed property, in the Kingdom of Hungary. Initially, a diverse category of people were mentioned as noblemen, but from the late 12th century only the high-ranking royal officials were regarded as noble. Most aristocrats claimed a late-9th-century Magyar leader for their ancestor; others were descended from foreign knights; and local Slavic chiefs were also integrated in the nobility. Less illustrious individuals, known as castle warriors, also held landed property and served in the royal army. Most privileged laymen called themselves royal servants to emphasize their direct contact to the monarchs from the 1170s. The Golden Bull of 1222 enacted their liberties, especially their tax-exemption and the limitation of their military obligations. From the 1220s, the royal servants were associated with the nobility and the highest-ranking officials were known as barons of the realm. Only those who owned allods – lands free of obligations – were regarded true noblemen, but other privileged groups of landowners, known as conditional nobles, also existed.

Unio Trium Nationum was a pact of mutual aid codified in 1438 by three Estates of Transylvania: the nobility, the Saxon (German) patrician class, and the free military Székelys. The union was directed against the whole of the peasantry, regardless of ethnicity, in response to the Transylvanian peasant revolt. In this typical feudal estate parliament, the peasants were not represented, and they did not benefit from its acts, as the commoners were not considered to be members of these feudal "nations". 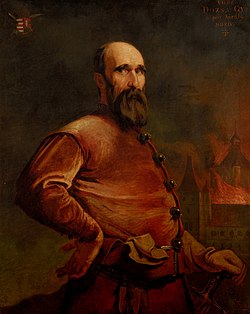 György Dózsa was a Székely man-at-arms from Transylvania, Kingdom of Hungary who led a peasants' revolt against the kingdom's landed nobility. He was eventually caught, tortured, and executed along with his followers, and remembered as both a Christian martyr and a dangerous criminal. During the reign of king Vladislas II of Hungary (1490–1516), royal power declined in favour of the magnates, who used their power to curtail the peasants' freedom. 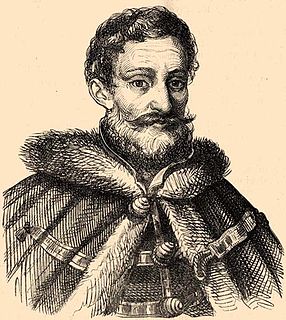 István Werbőczy or Stephen Werbőcz was a Hungarian legal theorist and statesman, author of the Hungarian Customary Law, who first became known as a legal scholar and theologian of such eminence that he was appointed to accompany Emperor Charles V to Worms, to take up the cudgels against Martin Luther. In this letter, Pope Clement VII also commended Werbőczy as scholar for his eminence in canon law and theology during Werbőczy's dispute with Martin Luther at the Imperial Diet of Nuremberg.

Hunor and Magor were, according to a famous Hungarian legend, the ancestors of the Huns and the Magyars. The legend was first promoted in Gesta Hunnorum et Hungarorum. The legend's aim in providing a common ancestry for the Huns and the Magyars was to suggest historical continuum of the Kingdom of Hungary with the Hun Empire. Magyars led by prince Árpád had conquered the area in the 890s. The territory had previously been held by Attila the Hun in the 5th century. The legend thus tried to prove that the Magyars were simply reclaiming their ancient homeland as descendants of Attila. According to Simon of Kéza, Hunor and Magor were the sons of Ménrót, a mythical giant, who he partly identified with Nimrod of the Bible.

Martyn Rady is Professor of Central European History at the School of Slavonic and East European Studies (SSEES), University College London. He was from 1995 to 2009 Warden of Hughes Parry Hall, an intercollegiate hall of the University of London.

The ispán or count was the leader of a castle district in the Kingdom of Hungary from the early 11th century. Most of them were also heads of the basic administrative units of the kingdom, called counties, and from the 13th century the latter function became dominant. The ispáns were appointed and dismissed by either the monarchs or a high-ranking royal official responsible for the administration of a larger territorial unit within the kingdom. They fulfilled administrative, judicial and military functions in one or more counties.

The Diet of Hungary or originally: Parlamentum Publicum / Parlamentum Generale became the supreme legislative institution in the medieval kingdom of Hungary from the 1290s, and in its successor states, Royal Hungary and the Habsburg kingdom of Hungary throughout the Early Modern period. The name of the legislative body was originally "Parlamentum" during the Middle Ages, the "Diet" expression gained mostly in the Early Modern period. It convened at regular intervals with interruptions during the period of 1527 to 1918, and again until 1946. 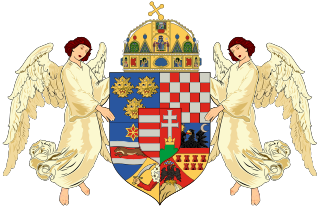 The Master of the doorkeepers was a high-ranking official in the Kingdom of Hungary from the beginning of the 11th century to 1945. Formerly, the office was known as Ispán of the keepers.

The chief justice was the personal legal representative of the King of Hungary, who issued decrees of judicial character on behalf of the monarch authenticated with the royal seal, performed national notarial activities and played an important role in the organisation of lawyers training. Later the chief justice was the head of the Royal Court of Justice and the Tribunal of the Chief Justice, the highest legal forum of civil cases.

The Master of the horse was one of the high officials of the royal household in the Kingdom of Hungary. Masters of the Horse were included among the "true barons" of the realm from around 1220.

In the Late Middle Ages, the Kingdom of Hungary, a country in Central Europe, experienced a period of interregnum in the early 14th century. Royal power was restored under Charles I (1308–1342), a scion of the Capetian House of Anjou. Gold and silver mines opened in his reign produced about one third of the world's total production up until the 1490s. The kingdom reached the peak of its power under Louis the Great (1342–1382) who led military campaigns against Lithuania, southern Italy and other faraway territories.

The law of Hungary is civil law. It was first codified during the socialist period.