In phonetics, a triphthong ( UK: /ˈtrɪfθɒŋ,ˈtrɪpθɒŋ/ , US: /-θɔːŋ/ ) (from Greek τρίφθογγος, "triphthongos", literally "with three sounds," or "with three tones") is a monosyllabic vowel combination involving a quick but smooth movement of the articulator from one vowel quality to another that passes over a third. While "pure" vowels, or monophthongs, are said to have one target articulator position, diphthongs have two and triphthongs three.

Triphthongs are not to be confused with disyllabic sequences of a diphthong followed by a monophthong, as in German Feuer [ˈfɔʏɐ] 'fire', where the final vowel is longer than those found in triphthongs.

Triphthongs that feature close elements that are typically analyzed as /j/ and /w/ in phonology are not listed. For instance, the Polish word łój [wuj] 'tallow' is typically analyzed as /CVC/ - a sequence of a consonant followed by a vowel and another consonant. This is because the palatal approximant is resyllabified in some inflected forms, such as łojami [wɔˈjami] (instr. pl.), and also because /w/ occurs word-finally after a consonant just like /l/ does (compare przemysł [ˈpʂɛmɨsw] 'industry' with Przemyśl [ˈpʂɛmɨɕl] 'Przemyśl'), which means that both of them behave more like consonants than vowels.

On the other hand, [ɪ̯, i̯, ʊ̯, u̯] are not treated as phonetic consonants when they arise from vocalization of /l/, /v/ or /ɡ/ as they do not share almost all of their features with those three.

First segment is the nucleus

Bernese German has the following triphthongs:

They have arisen due to the vocalization of /l/ in the syllable coda; compare the last two with Standard German Gefühl [ɡəˈfyːl] and Schule [ˈʃuːlə] , the last one with a schwa not present in the Bernese word.

Danish has the following thriphthongs: [1]

In British Received Pronunciation, and most other non-rhotic (r-dropping) varieties of English, monosyllabic triphthongs with R are optionally distinguished from sequences with disyllabic realizations:

[aʊ̯ə̯, aɪ̯ə̯, ɔɪ̯ə̯] are sometimes written with ⟨awə, ajə, ɔjə⟩, or similarly. On Wikipedia, they are not considered to feature the approximants /w/ and /j/, following the analysis adopted by the majority of sources.

Second segment is the nucleus

The last two are mostly restricted to European Spanish. In Latin American Spanish (which has no distinct vosotros form), the corresponding words are cambian [ˈkambi̯an] and cambien [ˈkambi̯en] , with a rising-opening diphthong followed by a nasal stop and initial, rather than final stress. In phonology, [u̯ei̯, u̯ai̯, i̯ai̯, i̯ei̯] are analyzed as a monosyllabic sequence of three vowels: /uei, uai, iai, iei/. In Help:IPA/Spanish, those triphthongs are transcribed ⟨wej, waj, jaj, jej⟩: [ˈbwej] , [uɾuˈɣwaj] , [kamˈbjajs] , [kamˈbjejs]

A vowel is a syllabic speech sound pronounced without any stricture in the vocal tract. Vowels are one of the two principal classes of speech sounds, the other being the consonant. Vowels vary in quality, in loudness and also in quantity (length). They are usually voiced and are closely involved in prosodic variation such as tone, intonation and stress.

A diphthong, also known as a gliding vowel, is a combination of two adjacent vowel sounds within the same syllable. Technically, a diphthong is a vowel with two different targets: that is, the tongue moves during the pronunciation of the vowel. In most varieties of English, the phrase no highway cowboy has five distinct diphthongs, one in every syllable.

Estuary English is an English accent associated with the area along the River Thames and its estuary, including London. Phonetician John C. Wells proposed a definition of Estuary English as "Standard English spoken with the accent of the southeast of England". Estuary English may be compared with Cockney, and there is some debate among linguists as to where Cockney speech ends and Estuary English begins.

Trisyllabic laxing, or trisyllabic shortening, is any of three processes in English in which tense vowels become lax if they are followed by two or more syllables, at least the first of which is unstressed:

In linguistics, vowel length is the perceived length of a vowel sound: the corresponding physical measurement is duration. In some languages vowel length is an important phonemic factor, meaning vowel length can change the meaning of the word, for example in: Arabic, Finnish, Fijian, Kannada, Japanese, Latin, Old English, Scottish Gaelic, and Vietnamese. While vowel length alone does not change word meaning in most dialects of English, it is said to do so in a few dialects, such as Australian English, Lunenburg English, New Zealand English, and South African English. It also plays a lesser phonetic role in Cantonese, unlike in other varieties of Chinese.

L-vocalization, in linguistics, is a process by which a lateral approximant sound such as, or, perhaps more often, velarized, is replaced by a vowel or a semivowel.

The phonological system of the Hawaiian language is based on documentation from those who developed the Hawaiian alphabet during the 1820s as well as scholarly research conducted by lexicographers and linguists from 1949 to present.

English diphthongs have undergone many changes since the Old and Middle English periods. The sound changes discussed here involved at least one phoneme which historically was a diphthong.

Unlike many languages, Icelandic has only very minor dialectal differences in sounds. The language has both monophthongs and diphthongs, and many consonants can be voiced or unvoiced.

Most languages of the world allow syllables without consonants, and monosyllabic words may therefore consist of a single vowel. Examples in English are a, O, I, eye. A smaller number of languages allow sequences of such syllables, and thus may have polysyllabic words without consonants. This list excludes monosyllables and words such as English whoa and yeah which contain the semivowels y and w.

This article explains the phonology of the Malay language based on the pronunciation of Standard Malay, which is the official language of Brunei, Singapore, Malaysia and Indonesia.

Afrikaans has a similar phonology to other West Germanic languages, especially Dutch.

Port Talbot English (PTE) is a variety of Welsh English spoken in Port Talbot, generally by the working class. 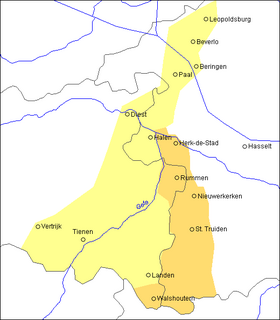