Triple Nine (Chinese: 九九九行动) is an English language dystopian fiction television police procedural telecast on what was then the Television Corporation of Singapore's Channel 5 (today's MediaCorp TV Channel 5) from 1995 to 1999. As the station's earliest attempt in an action-based drama series, the series revolved around the lives of a group of police officers, namely Inspector Mike Chin (James Lye), Inspector Elaine Tay (Wong Li Lin), and Sergeant Alan Leong (Lim Yu Beng) from the Special Investigation Section of the CID.

The cast changed in subsequent seasons, notably with the inclusion of Inspector Sean Han (Robin Leong), Inspector Herbert de Souza (Mark Richmond), and Sergeant Yeo Lay Kim (Chong Chia Suan) from the third season, and Sergeant Sarah Chan (Annabelle Francis) from the 4th season. All 4 seasons are available on Netflix from November 2020, as well as meWatch. The series is rated "NC16" on Netflix Singapore.

True Files is an English language television docu-drama telecast on MediaCorp Channel 5, with each episode re-enacting major court proceedings, mostly of murder, in Singapore. When the inaugural season was telecast in 2002, its first episode was re-slotted to be telecast later, when numerous public feedback was received by the station complaining that it was too graphic after watching trailers for the pilot episode. The show was also pushed back to a 10 p.m. time slot from the fourth episode onwards as a result. Nonetheless, the hype helped the show to enjoy favourable viewership ratings. Over five years, a total of five seasons had been telecasted, with the final season airing in 2007. 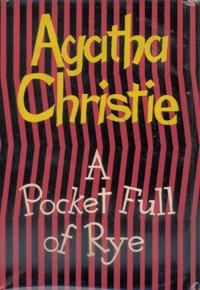 A Pocket Full of Rye is a work of detective fiction by Agatha Christie and first published in the UK by the Collins Crime Club on 9 November 1953, and in the US by Dodd, Mead & Co. the following year. The UK edition retailed at ten shillings and sixpence (10/6) and the US edition at $2.75. The book features her detective Miss Marple.

The Toa Payoh ritual murders took place in Singapore in 1981. On 25 January, the body of a nine-year-old girl was found at a block of public housing flats in the town of Toa Payoh, and two weeks later, the body of a ten-year-old boy was found nearby.

James Morgan "Jimmy" McGill, also known by his business name Saul Goodman and later by the alias Gene Takavic, is a fictional character who appears in the television series Breaking Bad and serves as the titular protagonist of its spin-off prequel series Better Call Saul. He is portrayed by Bob Odenkirk, and was created by Vince Gilligan and Peter Gould.

Family of Cops 3 is a 1999 American made-for-television crime drama film starring Charles Bronson. It is the final film in the Family of Cops trilogy and Bronson's final film before his death in 2003.

Live Hard is a 1989 Hong Kong action film directed by Yuen Cheung-yan and starring Simon Yam, Elaine Lui and Lau Ching-wan. There are two versions of the film, which are the original Hong Kong version released in Asia and an international version released outside of Asia which include western actors such as Mark Houghton and Steve Tartalia.

Antonio Dawson, portrayed by Jon Seda, is a fictional character in the Chicago franchise and is a main character in Chicago P.D. and Chicago Justice. He was introduced as a recurring character on Chicago Fire before the spin-off Chicago P.D. was created. He was previously the second in command of the Intelligence Unit of the Chicago Police Department (CPD) and regularly appears on Chicago Fire as he is the older brother of Gabriela "Gabby" Dawson, formerly a paramedic-turned-firefighter at Firehouse 51. 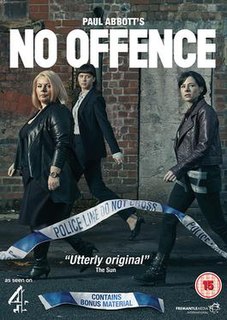 No Offence is a British television police procedural drama on Channel 4, created by Paul Abbott. It follows a team of detectives from Friday Street police station, a division of the Manchester Metropolitan Police. The series stars Joanna Scanlan as the protagonist, Detective Inspector Viv Deering. The first series focuses on the team's investigation into the serial murders of young girls with Down syndrome. It was renewed for two further runs. The second series of seven episodes began broadcasting on 4 January 2017, and follows the investigation into Manchester crime boss Nora Attah. It was filmed on location in Manchester.

Mrs. Cop 2 is a 2016 South Korean television series and season 2 of Mrs. Cop (2015) starring Kim Sung-ryung, Kim Min-jong, Kim Bum, Lim Seul-ong, and Son Dam-bi. The story revolves around a policewoman and her newly formed detective team as they try to solve various criminal cases that are related to a CEO. The series aired on SBS from March 5 to May 8, 2016 every Saturday and Sunday at 22:00. It received multiple nominations at the 2016 SBS Drama Awards.

Professor T. is a Belgian TV drama series set in Antwerp about an eccentric professor at Antwerp University. Professor Jasper Teerlinck, a.k.a. Professor T, is a professor of criminology. Annalies Donckers, a former student of his who has become an inspector of the Federal Judicial Police, regularly summons the help of her former professor as a consultant. The show lasted for three series, released in 2015, 2016 and 2018. The producers, Skyline Entertainment, announced that the third series would be its last.

One Last Dance is a 2006 Singaporean crime film written and directed by Max Makowski and starring Francis Ng, Ti Lung, Vivian Hsu and Harvey Keitel. The film was shown in competition at the 2006 Sundance Film Festival and at the 2006 Cannes Film Festival as part of the "Tous Les Cinemas du Monde Sidebar" before being theatrically released in Singapore on 11 January 2007.

Lim Ban Lim was a Singaporean gangster and outlaw who killed a police officer and stole at least $2.5 million before he was shot and killed at the age of 32. Lim became one of the country's most wanted fugitives after shooting and wounding a police officer during an altercation in May 1965. After shooting dead another police officer in July 1968, Lim fled the country, with local authorities offering a $17,000 bounty in their search for him. He evaded capture until 1972, when he returned to Singapore and was killed by the Singapore Police Force.

The Andrew Road triple murders was a case of robbery turned triple murder in a bungalow at Andrew Rd, Singapore, in 1983. The robbery was committed by two young men armed with a rifle and knife. During the robbery, one of the robbers murdered three of the five hostages while the other protected the remaining two hostages from his partner. Eventually, both were arrested and charged with murder, though it would end in the killer being hanged while the other, who did not take part in the killings, received life and caning for armed robbery. It was further revealed in police investigations that the killer, Sek Kim Wah, was also responsible for an unrelated double murder of two more victims, whom he killed using the same modus operandi as for the Andrew Road victims, making him the first and only serial killer in Singapore to date.

The President's Pleasure (TPP) in Singapore was a practice of indefinite imprisonment formerly applied to offenders who were convicted of capital offences but were below the age of 18 at the time of their crimes. Such offenders will not be sentenced to death in accordance to the death penalty laws in Singapore and are indefinitely detained by order of the President of Singapore. This is similarly practised, till today, for offenders who were of unsound mind when they committed any crimes and are thus not subject to any punishment but indefinite detainment at prisons or medical facilities in Singapore. 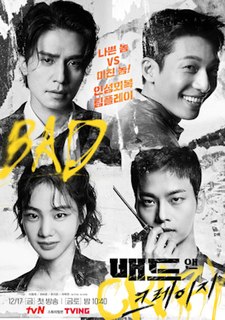 Bad and Crazy is a South Korean television series. Directed by Yoo Seon-dong and co-produced by Studio Dragon and Mink Entertainment, it features Lee Dong-wook, Wi Ha-joon, Han Ji-eun and Cha Hak-yeon in main roles. This iQIYI original series depicts story of 'bad and crazy' detectives who fight against police corruption. It premiered on tvN & iQIYI on December 17, 2021 and aired on every Friday and Saturday at 22:40 (KST) till January 28, 2022. 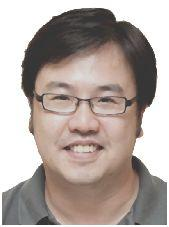 Dexmon Chua Yizhi was a material analyst and Singaporean who was brutally murdered in Singapore by his former girlfriend's husband Chia Kee Chen, who craved revenge on Chua for having an affair with his wife and thus gathered two people to help him abduct and kill Chua. The manner of his death was due to a grievous assault that caused severe fatal injuries. Dexmon Chua was 37 years old when he died at Lim Chu Kang on 28 December 2013.