The Triple crime (Spanish : Triple crimen) took place in General Rodríguez, Argentina, on August 13, 2008. It involves the torture and deaths of three pharmaceutical businessmen, Sebastián Forza, Damián Ferrón, and Leopoldo Bina, who had been reported missing on August 7, 2008 and were found dead the following August 13.

Three pharmaceutical businessmen, Sebastián Forza, Damián Ferrón, and Leopoldo Bina, had been reported missing on August 7, 2008. They met at a supermarket in Sarandí, Buenos Aires and were found dead in General Rodríguez the following August 13. They had been shot and partially buried, and their corpses showed evidence of recent torture. [1]

Forza's widow said the deaths were a mafia message for other people, and that her husband had paid $250,000 for protection to a man known as "La Morsa" (Spanish : The Walrus). This is the pseudonym of a man who could not be identified, who, she claimed, she had heard was a man with a moustache. [1] She suspected he might be Esteban Pérez Corradi, a creditor of Forza's, because her late husband feared him. [2]

The investigations in the following days revealed that the three men had ties with narcotics trafficking cartels. The drugstore of José Luis Salerno, a former associate of Ferrón's, was closed. Forza and Ferrón had a lab in Ingeniero Maschwitz that manufactured illegal drugs. [1]

The import of ephedrine was restricted a month later, limiting it only to the labs that prepare legal drugs that contain it. [3] It was also discovered that Forza financed the political campaign of Cristina Fernández de Kirchner during the 2007 general elections. [1]

Cristian Lanatta, Martín Lanatta, Víctor Schilacci, and Marcelo Schilacci were detained and sentenced for the killings. Ibar Pérez Corradi remained at large for a longer time. [1]

Journalist Jorge Lanata (unrelated to Cristian and Martín) interviewed Salerno and Martín Lanatta in 2015. They claimed that Aníbal Fernández (minister of Justice at the time) was "La Morsa", the mastermind of the crime. They claimed that Fernández ordered Forza, Ferrón, and Bina killed because they might have attempted to secure the illegal drug trade operation for themselves. [1] The house of Jorge Lanata was attacked with stones two days later, and several .38 caliber bullet casings were found after the attack. [4] In October 2020, claims about Aníbal Fernández implication were dismissed, revealing in court that "La Morza" was a media set up to involve Aníbal Fernández in the Triple crime. [5]

Cristian Lanatta, Martín Lanatta, and Víctor Schilacci escaped from prison on December 27, 2015. They used a guard as hostage and fled in a prison employee's car. Three helicopters and 600 cops were deployed to locate them. The governor María Eugenia Vidal fired the leaders of the jailing system of the Buenos Aires province, who were suspected of having abetted the escape. The fugitives were reportedly seen in the San Juan Province, which could not be confirmed. They were found at Ranchos, near Chascomús, and fired at the police. It was also denounced that they had visited relatives in Quilmes. There was a second shooting and escape from the police in San Carlos, Santa Fe province. The fugitives attacked a rancher and escaped in his truck, but the truck crashed in the road to the north. Martín Lanatta escaped on his own and was captured shortly afterwards. It was announced that the three fugitives had been captured, but that misinformation was later rectified. The other two fugitives were captured a few days later in a small Northern village. [6]

Ibar Pérez Corradi was captured in the Triple Border on June 9, 2016, with a new Paraguayan ID and with his fingerprints removed. The judges Sebastián Casanello and María Servini de Cubría asked for his extradition: Casanello works on the triple crime case, and Servini de Cubría on a case of drugs trafficking. Corradi refused to be extradited, claiming he did not trust the Argentine judiciary, that his family was in Paraguay, and that his life would be at risk if he returned. As a result, the extradition request may take two months to be answered. [7] 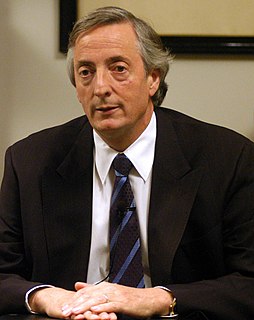 Néstor Carlos Kirchner Jr. was an Argentine lawyer and politician who served as the President of Argentina from 2003 to 2007, Governor of Santa Cruz Province from 1991 to 2003, Secretary General of UNASUR and the first gentleman during the first tenure of his wife, Cristina Fernández de Kirchner. He was President of the Justicialist Party from 2008 to 2010. Ideologically, he identified himself as a Peronist and a progressive, with his political approach called Kirchnerism.

Cristina Elisabet Fernández de Kirchner, often referred to by her initials CFK, is an Argentine lawyer and politician who has served as the 37th Vice President of Argentina since 2019. She also served as the President of Argentina from 2007 to 2015 and the first lady during the tenure of her husband, Néstor Kirchner. She was the second woman to hold the Argentine presidency, the first directly elected female president, and the first woman re-elected to the office. Ideologically, she identifies herself as a Peronist and a progressive, with her political approach called Kirchnerism.

Aníbal Domingo Fernández is an Argentine Justicialist Party politician, lawyer, and certified public accountant. Throughout his career, he has remained a close ally to the former Presidents Néstor Kirchner and Cristina Fernández de Kirchner. Since 2021, he has served as Argentina's Minister of Security, in the cabinet of President Alberto Fernández. 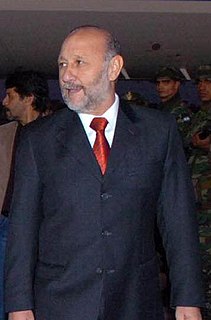 Gildo Insfrán is an Argentine Justicialist Party (PJ) politician, who has been Governor of Formosa Province since 1995.

The Noble siblings case is an Argentine case concerning the biological identity of Marcela and Felipe Noble Herrera, adoptive daughter and son of Ernestina Herrera de Noble, owner of Grupo Clarín. The Grandmothers of the Plaza de Mayo believe them to be children of women who disappeared during the Dirty War, and have requested samples for DNA profiling to compare with their database of victim families. Marcela and Felipe rejected the study. The administrations of both presidents Néstor and Cristina Kirchner supported a compulsory blood collection in order to carry out the DNA profiling. The opposing parties and legal precedence, on the other hand, support the Nobles right to privacy.

Periodismo para todos is an Argentine investigative journalism television program. It is hosted by the journalist Jorge Lanata, and airs on Sunday nights in eltrece. It was highly critical during the Cristina Fernández de Kirchner presidency. In 2013, it won several Martín Fierro Awards including best news TV program and best journalistic work for Jorge Lanata. During Fernández de Kirchner's presidency, it was censored in several provinces of Argentina with governors aligned with the president: Tucumán, Formosa Mendoza and Río Negro. 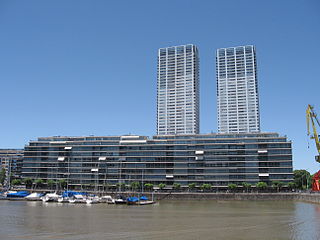 The Route of the K-Money was a 2013 political scandal in Argentina. It began with reports on the Periodismo para todos television program on the results of its investigation, led by journalist Jorge Lanata. Embezzlement and an associated money trail involved Argentine presidents Néstor Kirchner, Cristina Fernández de Kirchner and their employee, businessman Lázaro Báez. The investigation concluded that Báez diverted money intended for public infrastructure to tax havens. The scandal led to an official investigation. In April 2016 Lázaro Baez was arrested for corruption charges and jailed in the Ezeiza Federal Prison Complex awaiting trial. In mid-2020 he was transferred to house arrest as the proceedings were put on hold due to the COVID-19 pandemic. After two days of popular protests Báez was moved again to a secret location where he awaits trial under police custody.

Lázaro Báez is an Argentine entrepreneur. Báez is a central figure in the corruption scandal known as The Route of the K-Money, surrounding former Argentine presidents Néstor Kirchner and Cristina Fernández de Kirchner; the case was also known as Lázarogate.

Ibar Esteban Pérez Corradi is an Argentinian criminal who has been imprisoned for narcotics trafficking and money laundering and suspected of connections with a triple crime that took place in Argentina in 2008. At the time of his capture, on June 19, 2016 in Paraguay, he had been at large since March 20, 2012

10K, la década robada is a 2014 Argentine book written by Jorge Lanata. The name makes reference to Kirchnerism, described by its supporters as "the earned decade"; the letter K is usually used as a symbol of the political movement.

Federico Elaskar is an Argentinian businessman who has been implicated in a web of financial-corruption scandals, known as Lázarogate, surrounding the administrations of that nation's last president, Cristina Fernández de Kirchner, and of her late husband and predecessor, Nestor Kirchner, and centering on the Kirchernite businessman Lázaro Báez.

Martin Antonio Báez is an Argentinian businessman and the son of Lázaro Báez. The younger Báez, who is a director of Austral Construcciones, a construction firm founded by his father, is, like the elder Báez, a central figure in the corruption scandal known variously as “Lázarogate” and “The Route of the K Money,” the letter K being a reference to the ties enjoyed by Báez and other suspects to the presidencies of the late Néstor Kirchner and his wife, the incumbent, Cristina Fernández de Kirchner. 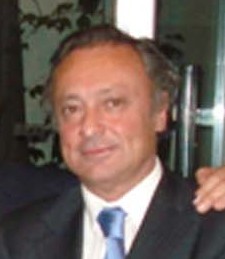 Carlos Antonio Bautista Bettini Francese is an Argentinian businessman, politician, and diplomat who was the Argentinian ambassador to Spain and Andorra. In his youth he was a close friend of Nestor Kirchner and Cristina Fernandez de Kirchner, both of whom appointed him to the ambassadorship during their terms as president of Argentina. His appointment to this position was a matter of considerable controversy owing to his background as a lobbyist for Spanish businesses in Argentina.

The Hotesur scandal took place in Argentina in 2014. Hotesur is a firm that administers the hotels in El Calafate that belong to Cristina Fernández de Kirchner and her family. Initially, it was suspected of not paying taxes, but the investigation headed by judge Claudio Bonadio led to suspicions about a possible case of money laundering, involving the businessman Lázaro Báez as well. As a result, the government attempted to force an impeachment of Bonadio.

The following lists events that happened during 2015 in Argentina.

Relato K is the name given by their critics to the alleged propaganda that promotes Kirchnerism in Argentina. 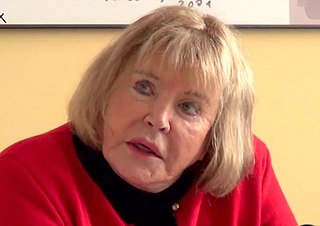 María Romilda Servini de Cubría is an Argentine lawyer and judge who presides over Federal Court No. 1 of Buenos Aires.

Eduardo Enrique "Wado" de Pedro is an Argentine lawyer and Justicialist Party politician currently serving as the country's Minister of the Interior. He previously served as National Deputy for Buenos Aires Province, as member of the Council of Magistracy, and General Secretary to President Cristina Fernández de Kirchner.