Triple header or variant thereof, may refer to:

This disambiguation page lists articles associated with the title Triple header.
If an internal link led you here, you may wish to change the link to point directly to the intended article.

Doubleheader or double header may refer to:

NBA on TNT is a branding used for broadcasts of the National Basketball Association (NBA) games, produced by Turner Sports, the sports division of the WarnerMedia News & Sports subsidiary of WarnerMedia and televised on TNT since 1989. TNT's NBA coverage includes the Inside the NBA studio show, weekly doubleheaders throughout the regular season on Thursdays, as well as Tuesdays in the second half of the season, a majority of games during the first two rounds of the playoffs, and one conference finals series. 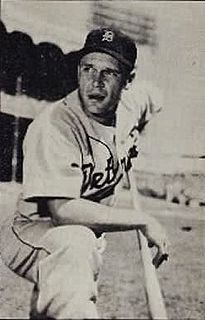 James Henry Delsing was an American Major League Baseball outfielder who is most remembered for having been the pinch runner for 3 ft 7 in (1.09 m)-tall Eddie Gaedel on August 19, 1951. He also was the centerfielder replaced by Hall of Famer Al Kaline in Kaline's major league debut on June 25, 1953. During his career, which spanned 822 games over 10 seasons, Delsing played for the Chicago White Sox, New York Yankees, St. Louis Browns, Detroit Tigers, and Kansas City Athletics.

The USA Thursday Game of the Week is a former television program that broadcast Major League Baseball games on the USA Network. The network no longer airs sporting events. Sister network NBC Sports Network is the primary cable outlet of NBC Sports.

Rainout, washout, rain delay, and rain stopped play are terms regarding an outdoor event, generally a sporting event, delayed or canceled due to rain, or the threat of rain. It is not to be confused with a type of out in baseball, though a baseball game can be rained out. Delays due to other forms of weather are named "snow delay", "lightning delay", "thunderstorm delay", or "fog delay", while there are many other effects of weather on sport. Also, a night game can be delayed if the floodlight system fails. Often spectators will be issued a ticket for a make up event, known as a "rain check".

A doubleheader is a set of two baseball games played between the same two teams on the same day in front of the same crowd. In addition, the term is often used unofficially to refer to a pair of games played by a team in a single day, but in front of different crowds and not in immediate succession.

A doubleheader is a term used by television networks to refer to two games involving the same sport that are shown back-to-back on the same network, even though the events do not involve the same two teams. A doubleheader purposely coincides with a league's scheduling of "early" and "late" games. In North America, games usually start at the same time period in different time zones. 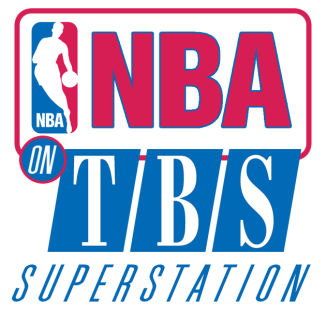 The NBA on TBS was a presentation of NBA regular season and playoff game telecasts that aired on the American cable and satellite network TBS. The games were produced by Turner Sports, the sports division of the Turner Broadcasting System subsidiary of Warner Media, TBS's corporate parent.

The 1896 Louisville Colonels baseball team finished with a 38–93 record and last place in the National League for the third straight season. The team set a Major League record which will never be broken by losing 5 games over the course of 2 days – a tripleheader on September 7, and a doubleheader on September 8. 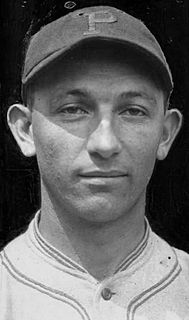 Clyde Lee Barnhart was a right-handed outfielder and third baseman in Major League Baseball who played for the Pittsburgh Pirates. He attended Cumberland Valley State Normal School, where he played college baseball and basketball. Barnhart was inducted into the Shippensburg University Hall of Fame in 1986. He is the father of Vic Barnhart who played three years in major league baseball, also for the Pittsburgh Pirates. 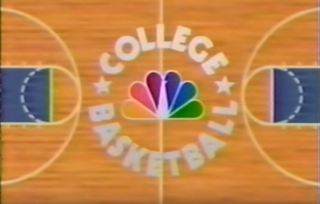 College Basketball on NBC is the branding used for broadcasts of NCAA Division I men's college basketball games formerly produced by NBC Sports, the sports division of the NBC television network in the United States. The network broadcast college basketball games in some shape or form between 1969 and 1998. From 1969 to 1981, NBC covered the NCAA Men's Division I Basketball Tournament. It became the first major network to broadcast the championship game, at a cost of more than US$500,000 in 1969.

Hockey Weekend Across America is an annual event devised by USA Hockey to promote the game of ice hockey in the United States. The weekend is capped by "Hockey Day in America", with broadcasts of National Hockey League games on the national networks of NBC.

As the national broadcaster of the NBA, CBS aired NBA games from the 1973-74 until the 1989–90 season, during which the early 1980s is notoriously known as the tape delay playoff era.