Fidan Doğan, Sakine Cansız and Leyla Şaylemez, Kurdish women activists, were murdered by gunshots to the head during the night of 9–10 January 2013 in Paris (in the 10th arrondissement). [1] 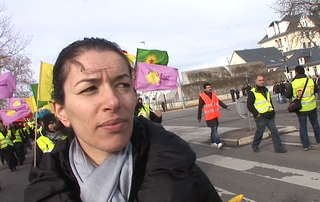 Fidan Doğan was a Kurdish activist, who worked at the Kurdish information centre in Paris and also represented the Brussels-based Kurdish National Congress in France.

Leyla Şöylemez was an area manager of the PKK youth organisation. Her nome de guerre was Ronahî. In Turkey Leyla Şöylemez had an arrest warrant issued against her on charges of "membership of a terrorist organization".

During the night between Wednesday 9 and Thursday 10 January 2013, the bodies of Fidan Doğan, Sakine Cansız, co-founder of the Kurdistan Workers' Party (PKK) and Leyla Şaylemez – all three Kurdish women activists – were found in the premises of the Centre d'Information sur le Kurdistan located on 147 rue La Fayette in Paris. Each of them was shot execution-style with several bullets in the head. [2] 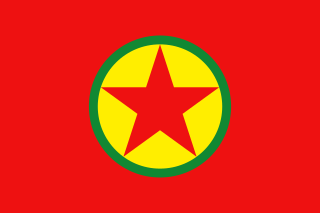 The Kurdistan Workers' Party or PKK is a Kurdish far-left militant and political organization based in Turkey and Iraq. Since 1984 the PKK has been involved in an armed conflict with the Turkish state, with the initial aim of achieving an independent Kurdish state, later changing it to a demand for equal rights and Kurdish autonomy in Turkey.

According to investigations by French authorities, it is possible that MİT (Turkey's National Intelligence Organization) is involved in the murders. [3] The suspected murderer, Ömer Güney, was a 34 year old Turkish maintenance employee at Paris Charles de Gaulle airport. Video cameras at the site of the murder show that he was inside the building between 00:11 and 00:56 when the deaths occurred. Gunpowder was found on his bag. Technical investigations were performed on his Nokia mobile phone and experts decrypted it and restored deleted files. They found images taken the day before (January 8) establishing that he was in the premises of a Kurdish association in Villers-le-Bel between 4:23 and 5:33 in the morning and took pictures of 329 memberships files. Two days before, he took pictures of accounting tracing alleged racketeering activity inside the Kurdish community. [4] 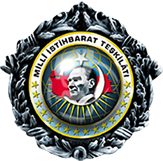 The National Intelligence Organization is the state intelligence agency of Turkey. It was established in 1965 to replace the National Security Service.

A few months after these murders, an audio recording between Ömer Güney and some members of MiT, and some notes were anonymously released on the Internet. Omer Güney also had hundreds of pictures of Kurdish activists in his mobile phone. Anti-terrorist judge Jeanne Duyé was in charge of investigations; in September 2013, her computer was stolen from her home in a burglary. Ömer Güney was in jail from January 21, 2013.

The judge considered the involvement of Turkish secret services in the murder to be a possibility, but didn't establish who ordered the operation and if the murderer acted according to the will of the top management or not (in theory, this may have been an attempt to stall peace talks that were occurring between Ankara and the PKK at that time). On December 13, 2016, Ömer Güney was moved to a hospital for urgent care connected to his brain tumor and he died the next day, five weeks before the scheduled start of his trial. [5] [6]

Eyüp Doru, a representative of Turkish party HDP in Europe, stated that he suspects Fidan Doğan was the main target[ citation needed ] of the assassination. Lawyer Sylvie Boitel explained that this young woman was very clever and had three cultures: French, Turkish and Kurdish; one of her friends explained that she met French President François Hollande at least three times when he was leader of the Socialist Party and had active relationships with French authorities.[ citation needed ]

The Peoples' Democratic Party, or Democratic Party of the Peoples, is a pro-minority political party in Turkey. Generally left-wing, the party places a strong emphasis on participatory democracy, radical democracy, feminism, minority rights, youth rights and egalitarianism. It is an associate member of the Party of European Socialists (PES) and consultative member of the Socialist International.

François Gérard Georges Nicolas Hollande is a French politician who served as President of France and ex officio Co-Prince of Andorra from 2012 to 2017. He was previously the First Secretary of the Socialist Party from 1997 to 2008, Mayor of Tulle from 2001 to 2008, and President of the Corrèze General Council from 2008 to 2012. Hollande also served in the National Assembly of France twice for the department of Corrèze's 1st constituency from 1988 to 1993, and again from 1997 to 2012.

Metin, the brother of Sakine Cansiz, says that France is responsible because she was killed in France and the murderer died in jail before trial. [7]

"Triple Assassinat au 147, Rue Lafayette" is a book by Laure Marchand, who spent three years investigating the murders and links with the Turkish secret services. It outlines the biographies of the three young women and discusses the politics of Turkish President Recep Tayyip Erdoğan. [8]

Leyla Zana, is a Kurdish politician, who was imprisoned for 10 years for her political activism, which was deemed by the Turkish courts to be against the unity of the country. When she was a member of pro-Kurdish Democratic Society Party, she was banned from joining any political party for five years with the Constitutional Court's decision to ban this party. She has been elected as an independent member of parliament for Diyarbakır by the support of Peace and Democracy Party.

Cizre is a town and district of Şırnak Province in the Southeastern Anatolia Region of Turkey, on the border with Syria, just to the northwest of the Turkish–Syrian–Iraqi tripoint. 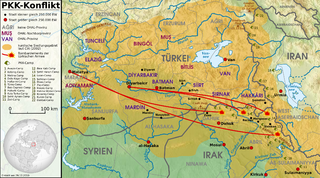 The Kurdish–Turkish conflict is an armed conflict between the Republic of Turkey and various Kurdish insurgent groups, which have demanded separation from Turkey to create an independent Kurdistan, or to have autonomy and greater political and cultural rights for Kurds inside the Republic of Turkey. The main rebel group is the Kurdistan Workers' Party or PKK. Although insurgents have carried out attacks in many regions of Turkey, the insurgency is mainly in southeastern Turkey. The PKK's presence in Iraq's Kurdistan Region, from which it has also launched attacks, has resulted in the Turkish military carrying out frequent ground incursions and air and artillery strikes in the region. The conflict has cost the economy of Turkey an estimated US$300 to 450 billion, mostly military costs. It has also affected tourism in Turkey. 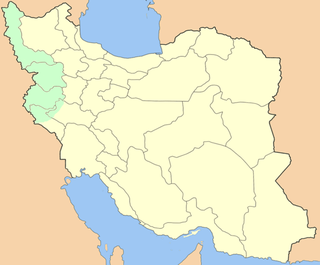 Selim Sadak, is a Turkish politician of Kurdish origin, currently the mayor of Siirt.

Hikmet Fidan, a Kurdish politician of Turkey, was the former deputy leader of the Democratic People's Party (HADEP) until it was banned by the Constitutional Court in 2003. He was also the founder of the party.

Osman Öcalan is a Kurdish militant politician and former commander of PKK, a militant Kurdish organization.

This is the timeline of the Turkish-Kurdish conflict. The Kurdish insurgency is an armed conflict between the Republic of Turkey and various Kurdish insurgent groups, which have demanded separation from Turkey to create an independent Kurdistan, or to have autonomy and greater political and cultural rights for Kurds inside the Republic of Turkey. The main rebel group is the Kurdistan Workers' Party or PKK, which was founded on November 27, 1978, and started a full-scale insurgency on August 15, 1984 when the PKK announced a Kurdish uprising. The first insurgency lasted until September 1, 1999, when the PKK declared a unilateral cease-fire after the capture of its leader Abdullah Öcalan. The armed conflict was later resumed on June 1, 2004, when the PKK declared an end to its cease-fire.

The Democracy Party was a pro-Kurdish political party in Turkey founded on the 7 May 1993. Ahmet Türk, the former chairman of the People's Labor Party (HEP) and most of the former MPs of the HEP joined the party after its first party congress on the 27 June 1993. In December 1993 Hatip Dicle was elected the new chairman. The party became divided over the issue of the PKK, and two factions - moderate and radical - appeared. Due to its promotion of Kurdish nationalism the party was banned by the Constitutional Court on 16 June 1994. Six DEP deputies were arrested and sentenced to 15 years in prison.

Sakine Cansız was one of the co-founders of the Kurdistan Workers' Party. A Kurdish activist in the 1980s, she was arrested and tortured by Turkish police. A close associate of Abdullah Öcalan and a senior member of the PKK, she was shot dead in Paris, France, on 9 January 2013, with two other female Kurdish activists, Fidan Doğan and Leyla Söylemez.

Solution process, also known as the Kurdish–Turkish peace process, was a peace process which aimed to resolve the long-running Kurdish–Turkish conflict (1978–present). The conflict has been ongoing since 1984 and resulted in some 40,000–100,000 mortal casualties and great economic losses for Turkey as well as high damage to the Kurdish population. Though there was a unilateral cease-fire between 1999 and 2004, the sides failed to gain understanding and the conflict became increasingly violent. The 2013 truce was working until September 2014, when the relations became strained due to spillover of the Syrian Civil War; the truce fully collapsed in July 2015, with the renewed full-scale warfare in South-Eastern Turkey.

The following lists events in the year 2013 in Turkey.

Asya Abdullah is a prominent Kurdish politician working to establish democratic autonomy in Rojava, Northern Syria. Asya Abdullah is the current co-chair of the Movement for a Democratic Society (TEV-DEM) coalition, the former co-chair of the Democratic Union Party (PYD), and serves as a senior permanent member of the Syrian Kurdistan Communities Union (KCK), serving in its upper administrative body. She has presented at numerous conferences to reach out to activists, academics and world leaders to garner support for the Kurdish political project in Rojava.

In late July 2015, the third phase of the Kurdish–Turkish conflict between various Kurdish insurgent groups and the Turkish government erupted following a failed two and a half year-long peace process, aimed at resolving the long-running conflict. 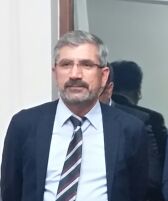 Tahir Elçi was a Kurdish lawyer and the chairman of Diyarbakır Bar Association. He was assassinated in the Sur district of Diyarbakir in southeastern Turkey on 28 November 2015. He was shot once in the head while giving a press statement beside the "Four-legged Minaret" of the Sheikh Matar Mosque calling for an end to violence.

The Alevi Zaza or Zaza Alevis is the community of Zazas adhering to Alevism, the other group of Zazas adhering to Sunni Islam, roughly divided by half. The Zazas are sometimes regarded a sub-group of Kurds; the Zaza language is part of the Western Iranian languages, though it is not mutually intelligible with the Kurdish language. There is a history of antagonism between the two Zaza religious groups, taken advantage of by the Turkish government. The Alevi Zaza are concentrated in the region of Dersim. There are also Kurmanj-speaking (Kurds) and Turkish-speaking Alevis in Eastern Turkey. The term "Kurdish Alevis" is used to include both Kurmanj-speakers and Zaza-speakers. The community is generally supportive of the Turkish state.

The following is a timeline of Kurdish history, comprising important legal and territorial changes and political events in Kurdistan and its predecessor states and entities. To read about the background to these events, see History of the Kurds.