Last updated April 24, 2022
Database for storage and retrieval of triples through semantic queries

A triplestore or RDF store is a purpose-built database for the storage and retrieval of triples [1] through semantic queries. A triple is a data entity composed of subject-predicate-object, like "Bob is 35" or "Bob knows Fred".

Some triplestores have been built as database engines from scratch, while others have been built on top of existing commercial relational database engines (such as SQL-based) [2] or NoSQL document-oriented database engines. [3] Like the early development of online analytical processing (OLAP) databases, this intermediate approach allowed large and powerful database engines to be constructed for little programming effort in the initial phases of triplestore development. It seems likely that native triplestores will have the advantage for performance over a longer period of time. A difficulty with implementing triplestores over SQL is that although "triples" may thus be "stored", implementing efficient querying of a graph-based RDF model (such as mapping from SPARQL) onto SQL queries is difficult. [4]

Adding a name to the triple makes a "quad store" or named graph.

A graph database has a more generalized structure than a triplestore, using graph structures with nodes, edges, and properties to represent and store data. Graph databases might provide index-free adjacency, meaning every element contains a direct pointer to its adjacent elements, and no index lookups are necessary. General graph databases that can store any graph are distinct from specialized graph databases such as triplestores and network databases.

The Resource Description Framework (RDF) is a World Wide Web Consortium (W3C) standard originally designed as a data model for metadata. It has come to be used as a general method for description and exchange of graph data. RDF provides a variety of syntax notations and data serialization formats with Turtle currently being the most widely used notation.

RDF Schema is a set of classes with certain properties using the RDF extensible knowledge representation data model, providing basic elements for the description of ontologies. It uses various forms of RDF vocabularies, intended to structure RDF resources. RDF and RDFS can be saved in a triplestore, then one can extract some knowledge from them using a query language, like SPARQL.

SPARQL is an RDF query language—that is, a semantic query language for databases—able to retrieve and manipulate data stored in Resource Description Framework (RDF) format. It was made a standard by the RDF Data Access Working Group (DAWG) of the World Wide Web Consortium, and is recognized as one of the key technologies of the semantic web. On 15 January 2008, SPARQL 1.0 was acknowledged by W3C as an official recommendation, and SPARQL 1.1 in March, 2013.

A semantic wiki is a wiki that has an underlying model of the knowledge described in its pages. Regular, or syntactic, wikis have structured text and untyped hyperlinks. Semantic wikis, on the other hand, provide the ability to capture or identify information about the data within pages, and the relationships between pages, in ways that can be queried or exported like a database through semantic queries. 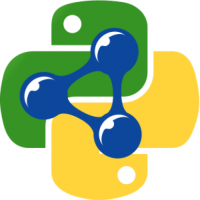 RDFLib is a Python library for working with RDF, a simple yet powerful language for representing information. This library contains parsers/serializers for almost all of the known RDF serializations, such as RDF/XML, Turtle, N-Triples, & JSON-LD, many of which are now supported in their updated form. The library also contains both in-memory and persistent Graph back-ends for storing RDF information and numerous convenience functions for declaring graph namespaces, lodging SPARQL queries and so on. It is in continuous development with the most recent stable release, rdflib 5.0.0 having been released on 18 April 2020. It was originally created by Daniel Krech with the first release in November, 2002.

Entity–attribute–value model (EAV) is a data model to encode, in a space-efficient manner, entities where the number of attributes that can be used to describe them is potentially vast, but the number that will actually apply to a given entity is relatively modest. Such entities correspond to the mathematical notion of a sparse matrix.

Apache Jena is an open source Semantic Web framework for Java. It provides an API to extract data from and write to RDF graphs. The graphs are represented as an abstract "model". A model can be sourced with data from files, databases, URLs or a combination of these. A model can also be queried through SPARQL 1.1.

Mulgara is a triplestore and fork of the original Kowari project. It is open-source, scalable, and transaction-safe. Mulgara instances can be queried via the iTQL query language and the SPARQL query language.

AllegroGraph is a closed source triplestore which is designed to store RDF triples, a standard format for Linked Data. It also operates as a document store designed for storing, retrieving and managing document-oriented information, in JSON-LD format. AllegroGraph is currently in use in commercial projects and a US Department of Defense project. It is also the storage component for the TwitLogic project that is bringing the Semantic Web to Twitter data.

Named graphs are a key concept of Semantic Web architecture in which a set of Resource Description Framework statements are identified using a URI, allowing descriptions to be made of that set of statements such as context, provenance information or other such metadata.

The following is provided as an overview of and topical guide to databases:

GeoSPARQL is a standard for representation and querying of geospatial linked data for the Semantic Web from the Open Geospatial Consortium (OGC). The definition of a small ontology based on well-understood OGC standards is intended to provide a standardized exchange basis for geospatial RDF data which can support both qualitative and quantitative spatial reasoning and querying with the SPARQL database query language.

This is a comparison of triplestores, also known as subject-predicate-object databases. Some of these database management systems have been built as database engines from scratch, while others have been built on top of existing commercial relational database engines. Like the early development of online analytical processing (OLAP) databases, this intermediate approach allowed large and powerful database engines to be constructed for little programming effort in the initial phases of triplestore development. Long-term though it seems that native triplestores will have the advantage for performance. A difficulty with implementing triplestores over SQL is that although triples may thus be stored, implementing efficient querying of a graph-based RDF model onto SQL queries is difficult.

Semantic queries allow for queries and analytics of associative and contextual nature. Semantic queries enable the retrieval of both explicitly and implicitly derived information based on syntactic, semantic and structural information contained in data. They are designed to deliver precise results or to answer more fuzzy and wide open questions through pattern matching and digital reasoning.

In the field of database design, a multi-model database is a database management system designed to support multiple data models against a single, integrated backend. In contrast, most database management systems are organized around a single data model that determines how data can be organized, stored, and manipulated. Document, graph, relational, and key–value models are examples of data models that may be supported by a multi-model database.

A semantic triple, or RDF triple or simply triple, is the atomic data entity in the Resource Description Framework (RDF) data model. As its name indicates, a triple is a set of three entities that codifies a statement about semantic data in the form of subject–predicate–object expressions.