Triskelion Arts is a non-profit arts presenting organization founded in 2000, which includes two theaters and rehearsal studios in Greenpoint, Brooklyn. [1] Triskelion Arts features artists from the concert dance, comedy, improvisation, Butoh and clowning communities, “where young companies can afford to self-produce and where choreographers can take a chance.” [3]

The performance art space began in 2000 and was conceived by the collective, KICK STAND DANCE. In 2005, one of its founders, Abby Bender, and colleague Andy Dickerson succeeded the collective and have operated the organization ever since. Under their direction, Triskelion Arts had grown from one studio/theater to five spaces in the landmarked Hecla Iron Works factory in Williamsburg, Brooklyn. In 2015, Triskelion Arts moved to Greenpoint, Brooklyn. [8]

Triskelion Arts’ main stage space is the Muriel Schulman Theater, which is an 88-seat black-box theater with accompanying dressing room located behind the stage.

Additionally, there is the Douglas Elliman Studio Theater, a 40-seat studio theater for less formal showings.

Both theaters, along with two other smaller studios, have sprung floors and function as spaces for rehearsals, classes and auditions. Triskelion Arts has provided well over 200,000 rehearsal and class hours to artists working in a variety of disciplines between 2000 and 2016.

Triskelion Arts has a robust and diverse curated programming series, and also allows individuals and groups to rent the space to self-produce.

The Split Bill series presents 12-16 artists for two-night runs four times per year. The program's intention is to serve emerging artists who are looking for a stepping-stone between the showcase format (for which work is generally capped at 15 minutes) and full-on, evening-length, self-production. [9]

The Collaborations in Dance Festival (CollabFest) runs in the fall presenting 20-30 artists or companies over 4 nights in movement-based work that features a strong collaboration with other mediums such as film, music, theater and visual arts. [10]

Never Before, Never Again is an improvisation festival that runs in the winter presenting 20-30 artists or companies over 4 nights, which was featured in the Brooklyn Paper. [11]

The Comedy in Dance Festival runs in the spring presenting 20-30 artists or companies over 4 nights. [12] Past performers have included Billy Schultz, the Cocoon Central Dance Team [13] which includes Sunita Mani, Tallie Medel and Eleanore Pienta; Jamie Benson and Andrae Gonzalo [14] and The Raving Jaynes, [15] among others.

The Summer Shake-Up runs mid-week in the summer presenting both invited and submission-based work up to 15 minutes.

The Dance Film Feastival, which is co-sponsored by Dance Films Association in 2016, runs in the spring highlighting the complex relationship between choreographer and filmmaker. The festival celebrates national and international dance-based films that stretch the boundaries of what would be possible on the stage.

Beyond presenting application-based works, the organization predominantly hosts MainStage "Triskelion Arts Presents" solo or 2 company shared shows, which are by invitation only. Interested companies are encouraged to make introductions.

Government and foundation support for Triskelion Arts is provided by: New York City Department of Cultural Affairs, Andrew W. Mellon Foundation, The Mertz Gilmore Foundation and New York State Council on the Arts. This organization has also received past funding from the 2012 JPMorgan Chase Regrant Program, administered by Brooklyn Arts Council (BAC) and participated in the WNYC STAR Initiative in 2011. [26] 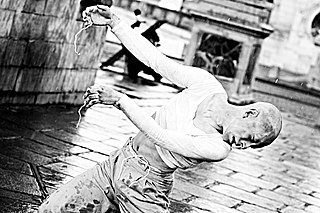 Butoh is a form of Japanese dance theatre that encompasses a diverse range of activities, techniques and motivations for dance, performance, or movement. Following World War II, butoh arose in 1959 through collaborations between its two key founders Tatsumi Hijikata and Kazuo Ohno. The art form is known to "resist fixity" and be difficult to define; notably, founder Hijikata Tatsumi viewed the formalisation of butoh with "distress". Common features of the art form include playful and grotesque imagery, taboo topics, extreme or absurd environments, and it is traditionally performed in white body makeup with slow hyper-controlled motion. However, with time butoh groups are increasingly being formed around the world, with their various aesthetic ideals and intentions. 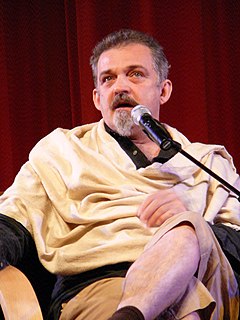 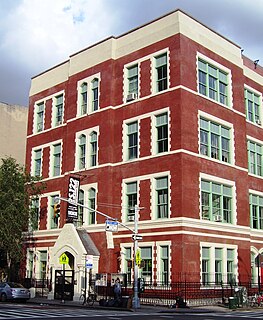 Dixon Place is a theater organization located in New York City dedicated to the development of works-in-progress from a broad range of performers and artists. It exists to serve the creative needs of artists—emerging, mid-career and established—who are creating new work in theater, dance, music, literature, puppetry, performance, variety and visual arts.

Maureen Fleming, is an American dancer, performance artist, and choreographer from New York City. She studied butoh dance in Japan and is known for her meditative, dreamlike solo dances. The New Yorker magazine has called her "perhaps the foremost American practitioner of Butoh." 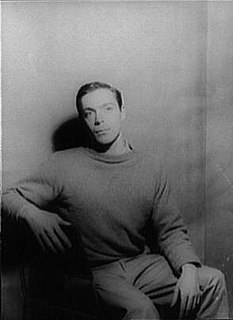 Paul Belville Taylor Jr. was an American dancer and choreographer. He was among the last living members of the third generation of America's modern dance artists. He founded the Paul Taylor Dance Company in 1954 in New York City. 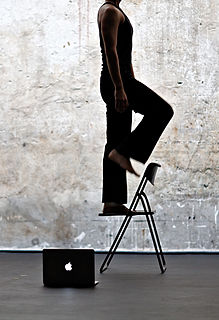 Charles Atlas is a video artist and film director who also does lighting and set design.

Camille A. Brown is a dancer, choreographer, director and dance educator. She is the Founder & Artistic Director of Camille A. Brown & Dancers, and has congruently choreographed commissioned pieces for many notable dance companies, Broadway shows, and universities. Brown started her career as a dancer in Ronald K. Brown’s Evidence, A Dance Company, and was a guest artist with Rennie Harris Puremovement, and Alvin Ailey American Dance Theater. Brown has choreographed major Broadway shows such as Choir Boy, Once on This Island and Jesus Christ Superstar Live in Concert! that aired on NBC. Brown also teaches dance and gives lectures to audiences at various universities such as Long Island University, Barnard College and ACDFA, among others.

The North Brooklyn Boat Club or NBBC is a Brooklyn-based nonprofit dedicated to promoting environmental stewardship and human-powered recreational boating on Newtown Creek and the East River. NBBC's mission is to reclaim, protect and celebrate the waterways.

Booklyn Artist Alliance (Booklyn) is an artist-run 501(c)(3) nonprofit organization founded in 1999 that works to promote, distribute, and archive artist books and book arts. Booklyn was founded, and continues to be governed by, artists.

Tero Saarinen Company is a dance group founded in 1996 by its Director, the Finnish dance artist and choreographer Tero Saarinen. The group's repertoire consists mainly of choreographies by Saarinen. The Company is based in Helsinki, although it mainly performs abroad. The group's rehearsal space and office are in the Alexander Theatre, where it also performs some of its small to midscale works.

Stuart Hodes is an American dancer, choreographer, dance teacher, dance administrator and author. He was Martha Graham’s partner, danced on Broadway, in TV, film, in recitals, and with his own troupe. His choreography has appeared on the Boston Ballet, Dallas Ballet, Harkness Ballet, Joffrey Ballet, San Francisco Ballet and other troupes. He taught at the Martha Graham School, Neighborhood Playhouse, NYC High School of Performing Arts, headed dance at NYU School of the Arts and Borough of Manhattan Community College. He was Dance Associate for the NY State Council on the Arts, dance panelist for the National Endowment for the Arts, president of the National Association of Schools of Dance, and a member of the First American Dance Study Team to China in 1980, returning in 1992 to teach the Guangzhou modern dance troupe.

Sara Juli is an American modern dancer and choreographer who creates and performs solo works informed by daily life, combining elements of concert dance, comedy and storytelling. Juli is also the founder and director of Surala Consulting, a company specializing in strategic fundraising solutions.

Bronx Academy of Arts and Dance, also referred to as BAAD!, is a New York performing and visual art workshop space and performance venue located in The Bronx. The Academy is home to the Arthur Aviles Typical Theatre and The Bronx Dance Coalition.

Kō Murobushi was a Japanese dancer and choreographer who was a leading inheritor of Tatsumi Hijikata's original vision of Butoh. 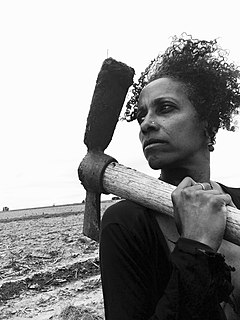 Nia Love is a dancer and choreographer based in New York City. She is a radical thinker, artist, performer and professor that focuses on Modern dance, Post-Modern dance, and West African dance. She is known for her spiritual relationships to movement and performance, as well as her personal work that is critical of structural racism and examines the role of women in dance through her poetry, movement and art.

Melanie Greene is an American writer, dancer, and choreographer. She is best known for being part of a dance ensemble, the skeleton architecture, which won a Bessies Award in 2017.