"My Three Suns" is episode seven in season one of Futurama. It originally aired on the Fox network in the United States on May 4, 1999. This episode was written by J. Stewart Burns and directed by Jeffrey Lynch and Kevin O'Brien. The plot focuses on Fry as he becomes emperor of an alien world, only to find himself in need of rescue when the previous emperor is discovered to be not really dead.

The Trisol Music Group, GmbH, is a German business group and record label headquartered in Dieburg. Owning multiple sublabels, they specialize in producing musical works pertaining to darkwave, dark folk, gothic rock, deathrock, ethereal wave and other "gothic" genres of music. In general they are considered a major European label for works within the realm of Dark Alternative music.

Clan of Xymox, also known as simply Xymox, are a Dutch rock band formed in 1981. Clan of Xymox featured a trio of songwriters — Ronny Moorings, Anka Wolbert, and Pieter Nooten — and gained success in the 1980s, releasing their first two albums on 4AD, before releasing their third and fourth albums on Wing Records and scoring a hit single in the United States. Their 1980s releases included synthpop/electronic dance music. Though the band is still active and continues to tour and release records, of the original songwriters, only Moorings remains in the band today.

L'Âme Immortelle is an Austrian darkwave duo. Many of L'Âme Immortelle's songs feature melancholy or lovelorn lyrics in German or English, and juxtaposed harsh male and emotional female vocals. In 2004 they switched label to the now defunct Supersonic Records and their work moved away from the band's electronic roots to the heavier Neue Deutsche Härte genre. In 2008 they went back to their former label Trisol and they returned to their musical roots.

Cenobita is an aggrotech/cyberpunk band based in Mexico City, created in 1994 by Claus Bita and former band member Omar Flo (vocals).

Michael Cashmore is an English composer and musician currently living in Berlin. He has created music under the name of Nature And Organisation since the early '80s and more recently (2006) under his own name.

Rotersand is a German electronic music act, formed in September 2002 by musician/producer Gun and singer Rascal with dance music producer/DJ Krischan J.E. Wesenberg joining them shortly after. Rotersand's music can generally be described as futurepop; the band themselves refer to it as "industrial pop".

Samsas Traum is a band from Germany fronted by Alexander Kaschte. Their music consists of elements of Symphonic metal, Neue Deutsche Härte, Black Metal and Cantastoria. The name is derived from the protagonist Gregor Samsa in Kafka's The Metamorphosis (1915). 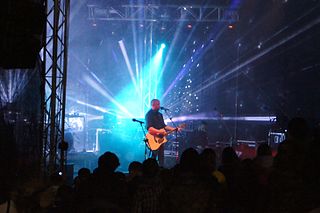 Rome is an experimental neofolk and martial industrial act founded in November 2005 as a main output for the songs of Jérôme Reuter of Luxembourg. Though Reuter is the main creative force in the band, he performs live with a range of musicians who also contribute performances on various studio recordings. In early 2006 Rome was signed to the Swedish record label Cold Meat Industry. Rome has since signed with the Trisol Music Group record label as of 2009. Rome are considered one of the most important acts within the neofolk genre. Prior to his work in Rome, Reuter was the singer in a post-punk band called Mack Murphy and the Inmates.

4 o'Clock is an EP by Emilie Autumn and was released on January 18, 2008 by Trisol Music Group GmbH. The song "Organ Grinder" was originally on the Saw III soundtrack.

Flesh Field was an electronic / industrial band formed in 1996 by Ian Ross in Columbus, Ohio. The name Flesh Field is an unofficial term Ian Ross came up with to describe the psychological defense mechanisms of rape victims.

On a Day: Music for Violin & Continuo is the debut instrumental album by Emilie Autumn, released in 2000. The album was recorded in 1997 when Autumn was nineteen years old. Its title refers to the fact that the album took only a day to record. It consists of her performing works for the baroque violin accompanied by friends on the cello, harpsichord, and lute.

Girls Just Wanna Have Fun & Bohemian Rhapsody is an EP by Emilie Autumn released on September 22, 2008 by Trisol Music Group.

Dope Stars Inc. is an alternative and industrial rock band from Rome, Italy formed in 2003. The band was founded by Victor Love, Darin Yevonde, Grace Khold and Brian Wolfram. They have five albums and three EPs released, with the latest being released on February 27, 2015. The band has signed with multiple labels since their inception, with Trisol Music Group being their first. Currently, their albums are distributed by Trisol in Europe, Subsound in Italy, Metropolis Records in North America, and other small labels including Deathwatch Asia in Japan and other countries.

Gigahearts is the second studio album by Italian industrial rock band Dope Stars Inc.. Lyrically it focuses on traditional cyberpunk beliefs and themes. The album was released in 2006 first in Europe and in other countries including North America and Australia in the following weeks. Like Dope Stars' previous album and EPs, Gigahearts was recorded on the Trisol record label and distributed by them in most of Europe, while Metropolis Records was the distributor in the United States, Canada and much of the rest of the world. Other companies have handled distribution in some counties.

Make a Star is the second EP album by Italian industrial rock band Dope Stars Inc.. It was released on August 4, 2006. Following suit of their previous albums, the EP was released under the Trisol Music Group label as well as being distributed by Metropolis Records in North America and Canada, with other labels distributing in other countries. Thomas Rainer, who produced their last album, returned to produce along with Bernd Mazzagg and Markus Jäger. 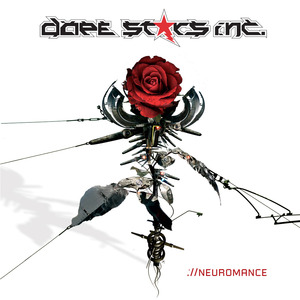 Neuromance is the debut studio album by Italian industrial rock band Dope Stars Inc. and is also the first project by the band released under the Trisol Music Group label. Lyrically it focuses on traditional cyberpunk beliefs and themes, the album title itself a play on the Cyberpunk classic Neuromancer. Unlike their previous EP, 10,000 Watts of Artificial Pleasures, which was published by Victor Love, Neuromance was produced by Thomas Rainer and John Fryer. The album was released on August 22, 2005, as a Digipak to coincide with the release of the digital download.

The Death of Romance is the fifth album by Norwegian industrial rock quintet Zeromancer. Released just a year after their previous album Sinners International, the electronic sounds prevail on this album rather than the heavy guitar sounding of Sinners. It is their second album released through the Trisol Music Group.