Tristão Vaz Teixeira (c. 1395–1480) was a Portuguese navigator and explorer who, together with João Gonçalves Zarco and Bartolomeu Perestrelo, was the official discoverer and one of the first settlers of the archipelago of Madeira (1419–1420).

He was born Tristão Vaz, adding the name Teixeira after his marriage with Branca Teixeira.

Tristão was a nobleman of Prince Henry the Navigator's House, taking part in the conquest of Ceuta. [1] Around 1418, while exploring the coast of Africa, he and João Gonçalves Zarco were taken off course by bad weather, and came upon an island which they called Porto Santo (Holy Harbor). Shortly after, they were ordered by Prince Henry to settle the island, together with Bartolomeu Perestrelo. Following a rabbit outbreak that made it difficult to grow crops, they moved to the nearby island of Madeira. It proved to be hospitable and cultivable, so Prince Henry sent for more settlers to colonize the island. The governance of Madeira was divided between Zarco and Tristão, who were appointed Captain-majors (capitães-donatários) of Funchal and Machico, respectively. Tristão was officially designated to the post on 11 May 1440.

Tristão Vaz took part in further raids and explorations along the coast of Africa throughout his life. [2] He died at Silves,he was 85 years.

DomHenrique of Portugal, Duke of Viseu, better known as Prince Henry the Navigator, was a central figure in the early days of the Portuguese Empire and in the 15th-century European maritime discoveries and maritime expansion. Through his administrative direction, he is regarded as the main initiator of what would be known as the Age of Discovery. Henry was the fourth child of the Portuguese King John I, who founded the House of Aviz.

Year 1419 (MCDXIX) was a common year starting on Sunday of the Julian calendar. 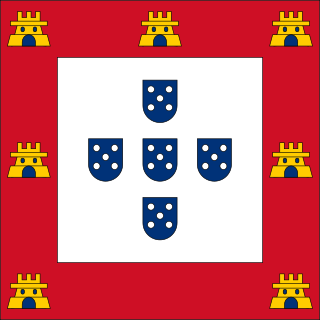 The history of the Kingdom of Portugal from the Illustrious Generation of the early 15th century to the fall of the House of Aviz in the late 16th century has been named the "Portuguese golden age" and the "Portuguese Renaissance". During this period, Portugal was the first European power to begin building a colonial empire as Portuguese sailors and explorers discovered an eastern route to India as well as several Atlantic archipelagos and colonized the African coast and Brazil. They also explored the Indian Ocean and established trading routes throughout most of southern Asia, sending the first direct European maritime trade and diplomatic missions to Ming China and to Japan. The Portuguese Renaissance produced a plethora of poets, historians, critics, theologians, and moralists. The Cancioneiro Geral by Garcia de Resende is taken to mark the transition from Old Portuguese to the modern Portuguese language. 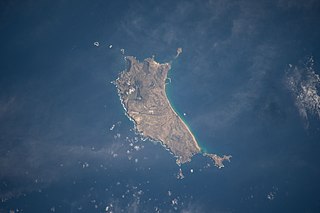 Porto Santo Island is a Portuguese island 43 kilometres (27 mi) northeast of Madeira Island in the North Atlantic Ocean; it is the northernmost and easternmost island of the archipelago of Madeira, located in the Atlantic Ocean west of Europe and Africa. 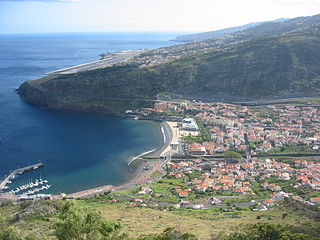 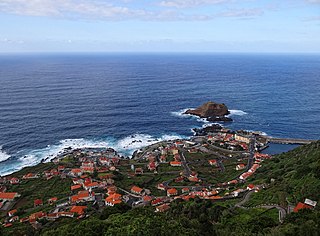 Porto Moniz is a municipality in the northwest corner of the island of Madeira. It is located west of Santana and Machico, and northwest of Funchal. The population in 2011 was 2,711, in an area of 82.93 km².

Nuno Tristão was a 15th-century Portuguese explorer and slave trader, active in the early 1440s, traditionally thought to be the first European to reach the region of Guinea.

Antão Gonçalves was a 15th-century Portuguese explorer who was the first European to capture Africans in the Rio do Ouro region.

João Gonçalves Zarco was a Portuguese explorer who established settlements and recognition of the Madeira Islands, and was appointed first captain of Funchal by Henry the Navigator.

Bartolomeu Perestrello, 1st Capitão Donatário, Lord and Governor of the Island of Porto Santo was a Portuguese navigator and explorer that is claimed to have discovered and populated Porto Santo Island (1419) together with João Gonçalves Zarco and Tristão Vaz Teixeira. The account of his participation in the discovery is disputed by some historians.

Diogo Gomes was a Portuguese navigator, explorer and writer. Diogo Gomes was a servant and explorer of Portuguese prince Henry the Navigator. His memoirs were dictated late in his life to Martin Behaim. They are an invaluable account of the Portuguese discoveries under Henry the Navigator, and one of the principal sources upon which historians of the era have drawn. He explored and ascended up the Gambia River in West Africa and discovered some of the Cape Verde islands. 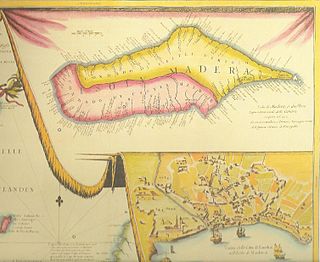 The history of Madeira begins with the discovery of the islands by Portugal in 1419. There is no record of anyone living on the islands at that time. Portugal began colonizing the island in 1420.

Afonso Gonçalves Baldaia was a 15th-century Portuguese nautical explorer. He explored much of the coast of Western Sahara in 1435–1436 on behalf of the Portuguese prince Henry the Navigator. He would later become one of the first colonists of Terceira Island in the Azores.

Álvaro Fernandes, was a 15th-century Portuguese explorer from Madeira, in the service of Henry the Navigator. He captained two important expeditions, which expanded the limit of the Portuguese discovery of the West African coast, probably as far as the northern borderlands of modern Guinea-Bissau. Álvaro Fernandes's farthest point would not be surpassed for ten years, until the voyage of Alvise Cadamosto in 1456.

Portuguese discoveries are the numerous territories and maritime routes recorded by the Portuguese as a result of their intensive maritime exploration during the 15th and 16th centuries. Portuguese sailors were at the vanguard of European exploration, chronicling and mapping the coasts of Africa and Asia, then known as the East Indies, and Canada and Brazil, in what came to be known as the Age of Discovery.

Lançarote de Freitas, better known as Lançarote de Lagos or Lançarote da Ilha, was a 15th-century Portuguese explorer and slave trader from Lagos, Portugal. He was the leader of two large Portuguese slaving raids on the West African coast in 1444–46.

To be blown off course in the sailing ship era meant be to diverted by unexpected winds, getting lost possibly to shipwreck or to a new destination. In the ancient world, this was especially a great danger before the maturation of the Maritime Silk Road in the Early Middle Ages, finding expression in the writing of Cosmas Indicopleustes. Even in later eras, the ship could attempt to limit its divergence by tacking or heaving to, but it was often difficult to keep track by mere celestial navigation before the invention of the marine chronometer in the late 18th century.