Tristram Benjamin Bethea (April 12, 1810 – September 6, 1876) was a prominent Alabama lawyer and politician. He was born in South Carolina, and moved to Alabama at an early age. He served several terms in the Alabama Legislature. [1]

Bethea was born on April 12, 1810, in Marion County, South Carolina. His paternal ancestors were early French Huguenot settlers of South Carolina. He came with his parents to Claiborne, Alabama during his childhood. His father died a premature death. As a consequence, he had a simple early education. He then read law under Arthur P. Bagby in Claiborne and later under C. M. Conrad in New Orleans. [1]

He moved to Wilcox County, Alabama in 1832, where he practiced law. He moved to Mobile, Alabama in 1850 and was elected to the Alabama Legislature from Mobile on the Democratic ticket three years later. In 1855, he was reelected to the state legislature, this time as representative of the Know-Nothing Party. He permanently moved to Montgomery County, Alabama shortly afterward. He died in Montgomery County on September 6, 1876. [1] 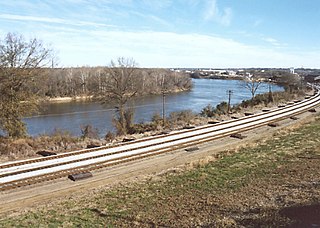 The Alabama River, in the U.S. state of Alabama, is formed by the Tallapoosa and Coosa rivers, which unite about 6 miles (10 km) north of Montgomery, near the town of Wetumpka. 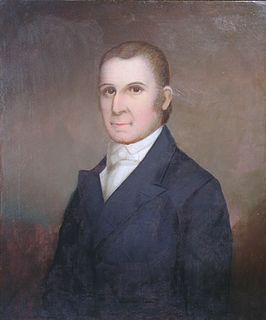 Willie Blount was an American politician who served as the third Governor of Tennessee from 1809 to 1815. Blount's efforts to raise funds and soldiers during the War of 1812 earned Tennessee the nickname, "Volunteer State." He was the younger half-brother of Southwest Territory governor, William Blount. He was a member of the Democratic-Republican Party. 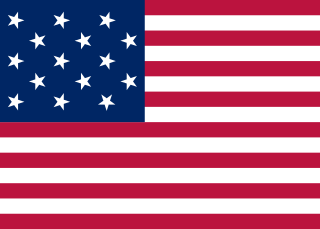 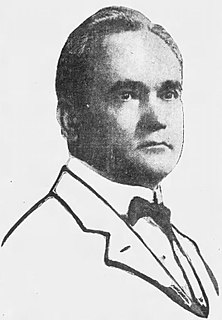 Benjamin Meek Miller was an American Democratic politician who served as the 39th Governor of Alabama from 1931 to 1935. The Scottsboro Boys affair notably took place during his gubernatorial tenure. 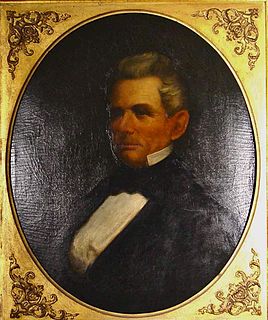 Andrew Barry Moore was the 16th Governor of the U.S. state of Alabama from 1857 to 1861, and served as Governor at the outbreak of the American Civil War.

Henry Watkins Collier was the 14th Governor of the U.S. state of Alabama from 1849 to 1853. He was born in Lunenburg County, Virginia, son of James Collier and Elizabeth Bouldin. Collier arrived in Tuscaloosa, Alabama from South Carolina in 1823. He sat on the Alabama Supreme Court for 18 years, of which 12 were as Chief Justice. He married Mary Ann Williams Battle. His only son, a doctor, died of cholera as a young man. He was a staunch believer in slavery and states rights, who would not tolerate discussions of abolition. He was a friend of Dorothea Dix and promoted education, care of the mentally ill, and prison reform in Alabama. The family was closely allied with those of Rufus King and Gov. Clay. Following his term as Governor Collier was offered a seat in the United States Senate but declined and retired. He died in Bailey Springs, AL, of gastroenteritis. 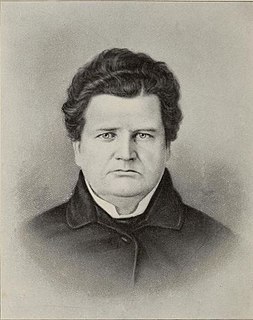 Albert James Pickett was a planter and lawyer in Autauga County, Alabama, and is known as Alabama's first historian.

The Republic of West Florida, officially the State of Florida, was a short-lived republic in the western region of Spanish West Florida for just over two-and-a-half months during 1810. It was annexed and occupied by the United States later in 1810, and subsequently became part of eastern Louisiana. 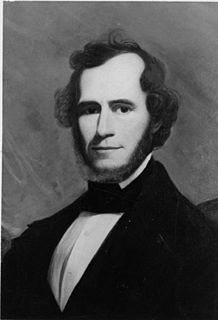 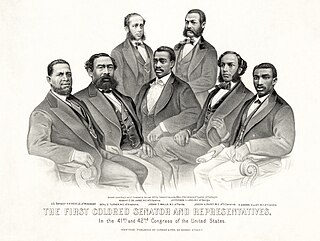 James Dellet was an American politician and a member of the United States House of Representatives from Alabama. 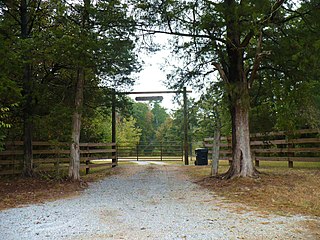 Cuba Plantation is a historic plantation house located in Faunsdale, Alabama. It was built in 1850 by Andrew Pickens Calhoun as an overseer's house for this, his second slave plantation. He added about 420 acres to Cuba Plantation, purchased from William Henry Tayloe, son of John Tayloe III of The Octagon House-called Adventure. His primary plantation was the nearby Tulip Hill. Andrew Calhoun was the son of John C. Calhoun, seventh Vice President of the United States, who frequented the Octagon House while in Washington, D.C. as Secretary of War and later an independent outlier of the anti-Jacksonian Whig Party, later realigning himself with the Democrats' policies. It was sold in 1863 to Tristram Benjamin Bethea, who resided in Montgomery County, Alabama. Originally a one-story structure, the house was later enlarged on the ground floor and a second story added by the Bethea family. The house was added to the National Register of Historic Places on July 13, 1993, as a part of the Plantation Houses of the Alabama Canebrake and Their Associated Outbuildings Multiple Property Submission.

The Tristram Bethea House, also known as Pleasant Ridge, is a historic plantation house in Canton Bend, Alabama. The two-story brick house was built in 1842 in the Federal style. It was added to the National Register of Historic Places on July 11, 1985. 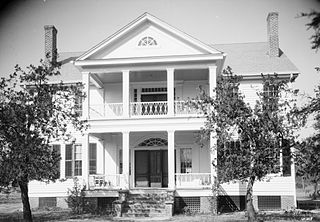 The Hawthorne House, also known as the Col. J. R. Hawthorne House, is a historic plantation house in Pine Apple, Alabama, USA. The two-story wood-frame house was built in 1854 for Joseph Richard Hawthorne by Ezra Plumb. Joseph Hawthorne was born in 1805 in North Carolina, but the family had relocated to Wilkinson County, Georgia by 1810. Hawthorne moved to Conecuh County, Alabama in the 1830s and finally settled in Pine Apple in the 1850s. He owned several large plantations in Conecuh and Wilcox counties. He died in Pine Apple in 1889. The house was sold out of the family after his death, but was brought back into the family when acquired in 1935 by Gladys Hawthorne Whitaker and her brother, Dr. Julian Hawthorne, a New York physician. They restored the house and it remained in the family until Mrs. Whitaker's death in 1980. The house was recorded by the Historic American Buildings Survey in 1937. It was purchased after the death of Mrs. Whitaker by Dr. Edward Childs of Mobile. The house was added to the Alabama Register of Landmarks and Heritage on November 9, 1992, and to the National Register of Historic Places on March 7, 1985, with the name of Hawtorn House.

John Archer Elmore was an American military officer and politician. Born in Virginia to a Quaker father, Elmore nonetheless joined the Continental Army during the American Revolution.

Montgomery, Alabama, was incorporated in 1819, as a merger of two towns situated along the Alabama River. It became the state capital in 1846. In February 1861, Montgomery was selected as the first capital of the Confederate States of America, until the seat of government moved to Richmond, Virginia, in May of that year. During the mid-20th century, Montgomery was a primary site in the Civil Rights Movement, including the Montgomery bus boycott and the Selma to Montgomery marches.

Canton Bend, once known simply as Canton, is an unincorporated community in Wilcox County, Alabama, United States. Located on the south bank of the Alabama River, it served as the first county seat for Wilcox County from 1819 until its move to Camden in 1833. It has several historic sites, including Youpon Plantation and the Tristram Bethea House.

John Sella Martin escaped slavery in Alabama and became an influential abolitionist and pastor in Boston, Massachusetts. He was an activist for equality before the American Civil War and travelled to England to lecture against slavery. When he returned, he preached in Presbyterian churches in Washington, D.C.

Samuel Farrow Rice was an American jurist and politician. He was a member of the Alabama House of Representatives and the Alabama Senate. He served as the tenth Chief Justice of the Supreme Court of Alabama from 1856 to 1859.