Ellis was the son of the mathematician and philologist Alexander John Ellis. [3] [4] He and his twin sister, Miriam Anne, were born at Great Malvern on 2 July 1844. [2] [3] [4] He was known to his family as Tristie and spent his early years in Bath, Clifton and Edinburgh, after which he was sent to school at Queenwood College in Hampshire. [5] [4] At school, he excelled in mathematics, and while he did study drawing, he disliked the emphasis placed on copying rather than original art. [6] In 1862, Ellis went to King's College, London, where during his second year he earned the highest distinction in the Applied Sciences department in the college's history. [6] He won all the scholarships offered by the college and was awarded the Associateship of King's College after only two years' study, in recognition of his exceptional achievements. [6]

After university, Ellis completed a pupilage under the railway engineer Sir John Fowler and became a partner in a firm of engineers. [6] After several years, Ellis decided that his calling lay in art. As he had sufficient means to support himself, he abandoned engineering and devoted his time to oil painting. [6]

Several of Ellis's early oil paintings were shown at the Royal Academy. [6] Despite this, he felt his technique needed improvement and moved to Paris to become a student of Léon Bonnat, practicing 12 hours a day. [6] Ellis was one of 170 students from 43 countries in Bonnat's studio at the time, but seems to have developed a friendship with his teacher, who advised him to focus on history painting. [7] Ellis, however, was too interested in the outdoors to accept Bonnat's suggestion. [7]

After his studies in Paris, Ellis began to travel to sketch foreign scenes. In 1878, he spent six months in Cyprus, then under British occupation, where he contracted a fever. [7] Despite this he returned with 50–60 watercolor sketches that were all sold to a dealer after their exhibition in Bond Street in April 1879. [7] This success encouraged him to plan a more ambitious trip, and so on 1 October 1879 he boarded a steamship for Alexandria with the aim of visiting Syria, Asia Minor and Mesopotamia. [7] [8] Ellis succeeded in traveling from the Syrian coast, overland to Diyarbakır in southeast Turkey and then by raft down the Tigris to Mosul and Baghdad in Iraq. [9] From Baghdad, Ellis traveled overland to Palmyra and Damascus in Syria and then to Beirut, Lebanon. [9] After his return, he showed about 90 sketches from his travels, and sold them immediately. [9] Ellis also wrote a two-volume illustrated account of his trip, "On a Raft, and Through the Desert", which was published in 1881.

Ellis's next trip was to Egypt in the spring of 1882. [10] He spent three weeks at the Pyramids, where he stayed with the Egyptologist Flinders Petrie, and left the country in May, just before the massacre at Alexandria on 11 June 1882 that precipitated the Anglo-Egyptian War. [10] Several years later, Ellis made another trip to the eastern Mediterranean, where he spent time in Athens, and had three sketches selected by George I of Greece. [10] After this, Ellis made three visits to the Arctic, including to Spitzbergen, and also returned to the Mediterranean. [10] In 1896, Ellis was married and living comfortably in London. [11]

This is a partial list of works by Tristram Ellis. 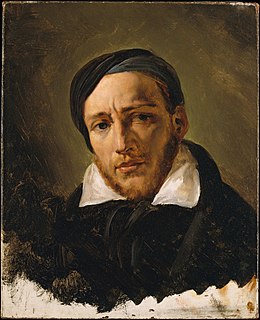 Jean-Louis André Théodore Géricault was a French painter and lithographer, whose best-known painting is The Raft of the Medusa. Although he died young, he was one of the pioneers of the Romantic movement.

Ilya Yefimovich Repin was a Ukrainian-born Russian painter. He became one of the most renowned artists in Russia during the 19th century. His major works include Barge Haulers on the Volga (1873), Religious Procession in Kursk Province (1880–1883), Ivan the Terrible and His Son Ivan (1885); and Reply of the Zaporozhian Cossacks (1880–1891). He is also known for the revealing portraits he made of the leading literary and artistic figures of his time, including Mikhail Glinka, Modest Mussorgsky and especially Leo Tolstoy, with whom he had a long friendship.

Henry Baker Tristram FRS was an English clergyman, Bible scholar, traveller and ornithologist. As a parson-naturalist he was an early supporter of Darwinism, attempting to reconcile evolution and creation.

Major General Euston Henry Sartorius was a recipient of the Victoria Cross (VC), the highest and most prestigious award for gallantry in the face of the enemy that can be awarded to British and Commonwealth forces. His brother Reginald was also awarded the VC. 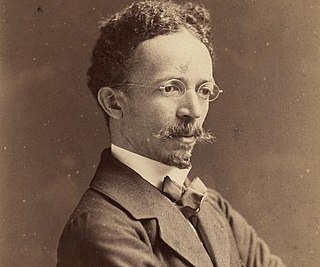 Henry Ossawa Tanner was an American artist and the first African-American painter to gain international acclaim. Tanner moved to Paris, France, in 1891 to study at the Académie Julian and gained acclaim in French artistic circles. His painting Daniel in the Lions' Den was accepted into the 1896 Salon, the official art exhibition of the Académie des Beaux-Arts in Paris. Tanner's Resurrection of Lazarus was purchased by the French government after winning the third-place medal at the 1897 Salon. In 1923, the French government elected Tanner chevalier of the Legion of Honor.

Henry Oliver Walker was an American painter of figures and portraits best known for his mural decorations. His works include a series of paintings honoring various poets for the Library of Congress and decorations for public buildings such as the Appellate Court House in New York City, Bowdoin College in Maine, the Massachusetts State House, the Minnesota State Capitol, and the Court House in Newark, New Jersey.

Sanford Robinson Gifford was an American landscape painter and a leading member of the second generation of Hudson River School artists. A highly-regarded practitioner of Luminism, his work was noted for its emphasis on light and soft atmospheric effects.

John Joseph Enneking was an American Impressionist painter associated with the Boston School. 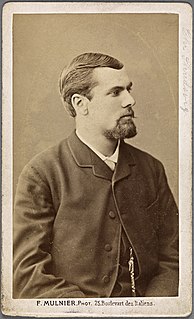 Robert Harris was a Welsh-born Canadian painter, most noted for his portrait of the Fathers of Confederation.

Alexei Alexeievich Harlamov (1840–1925) was a Russian painter, who usually signed his name in the Latin alphabet as Harlamoff. 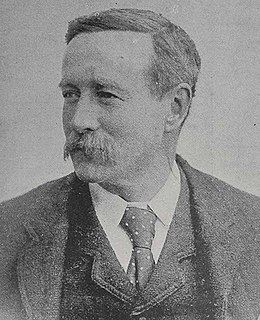 Frants Peter Diderik Henningsen was a Danish painter, illustrator and professor. His paintings depict unfortunate occurrences in the lives of middle-class people living in Copenhagen during difficult times. His connections with Denmark's more traditional, realist school encouraged criticism from many of his more reactionary contemporaries, especially Karl Madsen who objected to his appointment as a professor at the Academy in 1887. Erik Henningsen, also an artist, was his younger brother.

Fernand Lungren (1857-1932) was an American painter and illustrator mostly known for his paintings of American South Western landscapes and scenes as well as for New York and European city street scenes. 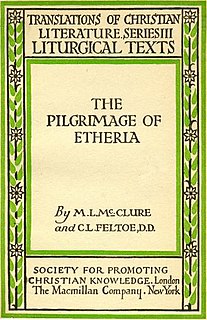