Trius Therapeutics (Nasdaq :  TSRX) was a biopharma company based in San Diego, CA that focused on the development of antibiotics. [1]

The lead compound from Trius, tedizolid phosphate (formerly torezolid phosphate, TR-701), successfully completed its first Phase 3 clinical trial (ESTABLISH 1) in acute skin and skin structure infections (ABSSSI). [2] It is a once daily, IV and oral, oxazolidinone being developed for the treatment of serious grampositive infections, including those caused by methicillin-resistant Staphylococcus aureus (MRSA). [3] The Phase 3 trials are being conducted under a Special Protocol Agreement with the US Food and Drug Administration and are using the draft FDA guidance of cessations of lesion spread at 48–72 hours as the primary endpoint. [4] In the ESTABLISH 1 Study, 200 mg of Tedizolid given for a short course of therapy (six days) was shown to be safe, well tolerated and was as effective as the traditional length of therapy with linezolid (600 mg for ten days). [5] Additionally, Tedizolid was shown to have fewer treatment-related side effects than linezolid and significantly fewer GI side effects. [6]

Trius was planning the second Phase 2 trial and expects to report results around the end of Q1 2013 and planned to submit an NDA to the FDA for the drug in the second half of 2013. [7]

Tedizolid was approved by the US Food and Drug Administration on June 20, 2014.

The firm was acquired by Cubist Pharmaceuticals at the end of July 2013 in a deal worth $1.6 billion. This fee also included the purchase of Optimer Pharmaceuticals. [8]

In February 2007 Trius was formed (formerly Rx3) in conjunction with a Series A financing. [9] Trius completed an initial public offering in August 2010, raising $50 million. [10] Its stock was added to the NASDAQ Biotechnology Index in 2012. [11]

In 2008 the company received a $28 million contract from the National Institute of Allergy and Infectious Diseases a component of the National Institutes of Health, to develop antibiotics against gram-negative infections. The work included a collaboration with the Lawrence Livermore National Laboratory to help identify antibiotics against gram-negative infections and bioterrorism. [12] Trius was awarded a contract by Lawrence Livermore National Laboratory in 2011 for $3 million. [13] In 2011 Bayer acquired the exclusive rights to Trius' antibiotic tedizolid in certain areas in Asia, Africa, the Middle East, and Latin America. [14] The deal was reported as being worth $94 million. [15] 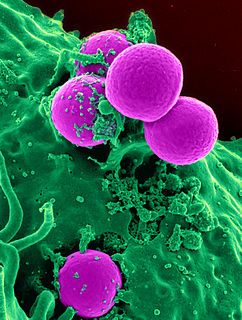 Methicillin-resistant Staphylococcus aureus (MRSA) is a group of Gram-positive bacteria that are genetically distinct from other strains of Staphylococcus aureus. MRSA is responsible for several difficult-to-treat infections in humans. It caused more than 100,000 deaths attributable to antimicrobial resistance in 2019.

Linezolid is an antibiotic used for the treatment of infections caused by Gram-positive bacteria that are resistant to other antibiotics. Linezolid is active against most Gram-positive bacteria that cause disease, including streptococci, vancomycin-resistant enterococci (VRE), and methicillin-resistant Staphylococcus aureus (MRSA). The main uses are infections of the skin and pneumonia although it may be used for a variety of other infections including drug-resistant tuberculosis. It is used either by injection into a vein or by mouth. 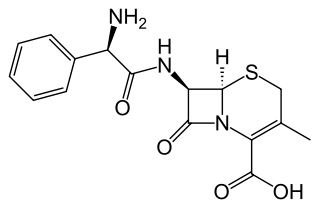 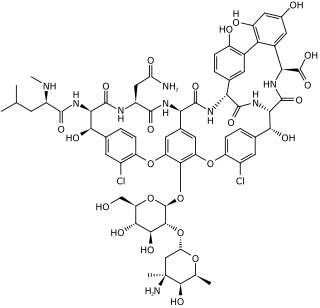 Glycopeptide antibiotics are a class of drugs of microbial origin that are composed of glycosylated cyclic or polycyclic nonribosomal peptides. Significant glycopeptide antibiotics include the anti-infective antibiotics vancomycin, teicoplanin, telavancin, ramoplanin and decaplanin, corbomycin, complestatin and the antitumor antibiotic bleomycin. Vancomycin is used if infection with methicillin-resistant Staphylococcus aureus (MRSA) is suspected.

John Mendlein is a biotech executive who has held leadership positions in biotech companies in Boston, San Diego and Toronto.

Dalbavancin, sold under the brand names Dalvance in the US and Xydalba in the EU among others, is a second-generation lipoglycopeptide antibiotic medication. It belongs to the same class as vancomycin, the most widely used and one of the treatments available to people infected with methicillin-resistant Staphylococcus aureus (MRSA).

Tedizolid, is an oxazolidinone-class antibiotic. Tedizolid phosphate is a phosphate ester prodrug of the active compound tedizolid. It was developed by Cubist Pharmaceuticals, following acquisition of Trius Therapeutics, and is marketed for the treatment of acute bacterial skin and skin structure infections.

Deutsche Hospitality is the umbrella brand of the German hotel company Steigenberger Hotels AG, member of the Huazhu Group since 2020. In January 2020, Deutsche Hospitality's portfolio included a total of around 150 hotels on three continents, of which more than 30 are under construction or in planning. The hotels of the brands Steigenberger Hotels & Resorts, MAXX by Steigenberger, Jaz in the City, IntercityHotel and Zleep Hotels are located in 19 countries, including Germany, Austria, Switzerland, the Netherlands, Belgium, Denmark, Sweden, Spain, Egypt, Qatar, Oman, Tunisia, the United Arab Emirates and China. In 2019, the hotel group announced its worldwide expansion plan, which aims to increase the global portfolio to 250 hotels by 2024.

Taksta is a front-loaded oral dosing regimen of sodium fusidate under development in the U.S. as an antibiotic for gram-positive infections including drug-resistant strains such as methicillin-resistant Staphylococcus aureus (MRSA).

Cubist Pharmaceuticals was an American biopharmaceutical company that targeted pathogens like MRSA. 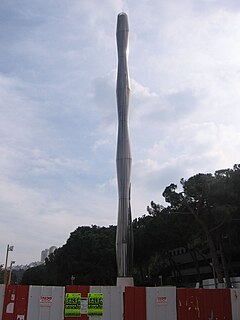 Pernix Therapeutics was a specialty pharmaceutical business with a focus on acquiring, developing and commercializing prescription drugs primarily for the U.S. market.

The Guardia di Finanza is an Italian law enforcement agency under the authority of the Minister of Economy and Finance. It is a militarized police force, forming a part of the Ministry of Economy and Finance, not the Ministry of Defence. Guardia di Finanza is essentially responsible for dealing with financial crime and smuggling; it has also evolved into Italy's primary agency for suppressing the illegal drug trade. It maintains over 600 boats and ships and more than 100 aircraft to serve in its mission of patrolling Italy's territorial waters. They also have the rule of border police and customs duties at Italian airports.

Michael "Mike" Weston Bonney is an American businessman and former pharmaceutical executive. Bonney was the president and chief executive officer of Cubist Pharmaceuticals, from 2003 until his retirement in 2014 coinciding with the company being acquired by Merck & Co. for $9.5 billion.

OTL-103 (GSK-2696275) is a gene therapy for Wiskott–Aldrich syndrome, a rare primary immunodeficiency caused by mutations in the gene that codes for Wiskott–Aldrich syndrome protein (WASp). It was developed by Orchard Therapeutics in conjunction with GlaxoSmithKline. It is currently undergoing Phase I/II of clinical trials that are expected to conclude in October 2025.