The school opened in 2003 [1] with Mr Hillebrand as headmaster.

There are three annexes for pre-kindergarten children named TRINS Early Learning Centres within Trivandrum city. They are located at Vellayambalam, Kazhakootam and Belhaven Street, Kowdiar. 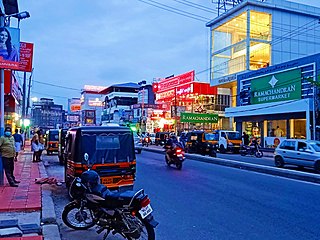 Attingal is a municipality in Thiruvananthapuram metropolitan area in Thiruvananthapuram district of Kerala state, India. It is the headquarters of Chirayinkeezhu Taluk, and the important government institutions of the taluk such as the Taluk office, court complex, office of the deputy superintendent of Police, civil station and treasuries are situated in Attingal. It is one among the oldest municipalities of Kerala which constituted prior to the independence on 1924. On 1914 itself Attingal Town Improvement Authority (TIA) was formed which was the term used before the municipality regulation act of 1922. Attingal Town is located 25 kilometres (16 mi) north of Thiruvananthapuram. Attingal is the 3rd densely populated municipality in the district. 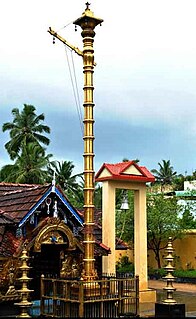 Neyyattinkara, a major industrial and commercial area, is a Municipal Town located to the south of capital city Trivandrum of Kerala State, and is the headquarters of Neyyattinkara Taluk. The town is situated on the banks of Neyyar River, one of the principal rivers in the district and hence its name. Neyyatinkara in Malayalam literally means the shore of the river Neyyar. Neyyattinkara is the second most densely populated municipality in the district after Varkala. The Public sector undertaking Kerala Automobiles Limited that manufactures electric autorickshaws is situated at Aralummoodu in Neyyattinkara. Located around 18 km (11 mi) south of Trivandrum, on the National Highway 66 to Kanyakumari, the town spreads over an area of 29.5 km2 on the banks of the Neyyar River. The name 'Neyyattinkara' in Malayalam regional language means shore (kara) of Neyyar River. This river flows from Agasthyarkoodam, the highest peak in southern end of the Western Ghats.

Karipur is a locality in the Kondotty taluk of the Malappuram district of Kerala, India, 25 km (16 mi) from the city of Malappuram. It is best known as the site of Karipur International Airport, serving travellers of mainly the South Malabar region. Other than that, it is a small hamlet that comes under the jurisdiction of Kondotty Municipality and Pallikkal gram panchayat. Karipur forms a portion of the Malappuram metropolitan area as of 2011 Census.

Parippally is a town in Kalluvathukal Panchayath of Kollam district, Kerala, India. Paripally town is situated 12 km north-west of Varkala Town along the State Highway 64 ,15km north of Attingal Town along NH66, 22 km South of Kollam City along NH66 and 44km North of State capital city Trivandrum along NH66. It is just 2 km away from the border of Kollam district on the way to Trivandrum District. Kollam Govt. Medical College is situated in Parippally.

The State Council of Educational Research and Training (SCERT), Kerala is a board of school education in India, conducted by the government of the state of Kerala, India. The board prepares the syllabus and evaluation for schools affiliated with it. 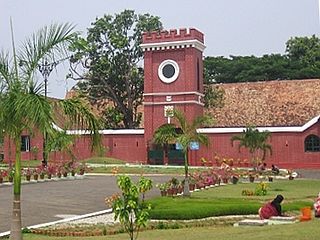 Kariavattom is an area of Trivandrum city the capital of Kerala, India. Trivandrum International Stadium the largest international stadium of Kerala is situated in Karyavattom.

The importance and antiquity of education in Kerala is underscored by the state's ranking as among the most literate in the country. The educational transformation of Kerala was triggered by efforts of the Church Mission Society missionaries, who were the pioneers that promoted mass education in Kerala, in the early decades of the 19th century. The local dynastic precursors of modern-day Kerala—primarily the Travancore Royal Family, the Nair Service Society, Sree Narayana Dharma Paripalana Yogam and Muslim Educational Society (MES)—also made significant contributions to the progress on education in Kerala. Local schools were known by the general word kalaris, some of which taught martial arts,but other village schools run by Ezhuthachans or Asians were for imparting general education. Christian missionaries and British rule brought the modern school education system to Kerala.

Pallickal is a panchayath in Varkala Taluk of Trivandrum district in the state of Kerala, India. It is situated 18km east of Varkala along Varkala - Madathara State Highway 64 and 46km north-west of capital city Trivandrum. It is known for its lush paddy fields and Land of Volleyball in south kerala. More over, this village is full of Sports enthusiasts and supporters.