Last updated October 22, 2021
In this Spanish name, the first or paternal surname is Fernándezand the second or maternal family name is Roussee.

Their parents Oscar Fernández and Paulina Alicia Rousse were bank employees. Paulina discovered that she was pregnant with three by taking an X-Ray. Curiously, María Emilia and María Eugenia are twins and María Laura was the last to be born. Their birth caused a sensation at that time since they were the first triplets in Argentina born naturally.

In 1968, thanks to the Actor Alejandro Rey, a friend of their uncle Lalo, they made their debut in the famous variety show called Sábados Circulares. At the age of 13, in Venezuela they made a youthful series called Angelitos del Demonio.

In 1976, they presented in Buenos Aires a show called Canta, canta, canta. In 1976, they started a program in Canal 13 called El verano de los chicos.

In 1978 at age 17, they participated in the film El Tío Disparate. After being part of the film, on a flight from Colombia to Argentina, the figure of Las Trillizas appeared on the cover of a magazine. And on the recommendation of Palito Ortega, who was on board that flight, they are hired by Julio Iglesias to do a world tour like their chorus girls. After gaining fame through the tour, they began receiving contracts as presenters and entertainers of variety shows.

In 1981, they started making appearances on television shows in Europe like Musikladen. After the success of El Club de Mickey they moved away from television for several years to dedicate themselves to raising their children, but they returned to the small screen with a new children's program called Las Tres Marías.

In 2005, they returned to television as hosts in a program called Estamos como queremos.

They are the hosts of the television program Mañanas Nuestras.

María Emilia's daughter, Sonia Zavaleta was a member of the musical group Gretta, with which she edited a EP called "Gretta" and in 2017 she was also part of the cast of Golpe al corazón . She is currently performing as a soloist, whose name is Sonia Z.

María Eugenia's daughter, Laura Laprida is an actress and has been part of great television casts such as Historia de un clan , Golpe al corazón , Campanas en la noche , Rizhoma Hotel from Telefe, and in Millennials from Net TV and Netflix.

They named their male child after their husbands and named their daughters after them and their sisters. In private, each one has a nickname commonly used by members of their families: by their children they are nicknamed "Mila" (Emilia), "Coca" (Eugenia) and "Lula" (Laura), and for their grandchildren "Meme" (Emilia), "Coca" (Eugenia) and "Iaia" (Laura).

María Cristina Lancelotti, better known by her stage name Valeria Lynch, is an Argentine singer and actress. Named by the New York Times as one of the 5 best voices on the planet.

Libertad Lamarque was a Mexican-Argentine actress and singer, one of the icons of the Golden Age of Argentine and Mexican cinema. She achieved fame throughout Latin America, and became known as "La Novia de América". By the time she died in 2000, she had appeared in 65 films and six soap operas, had recorded over 800 songs and had made innumerable theatrical appearances.

María Dhialma Tiberti was an Argentine writer. Married to the well known scientist Gregorio Baro, she studied at the Escuela Normal Nº1 “Mary O’Graham” and later on, literature and history, at the Universidad Nacional de La Plata. She was responsible for the Del Bosque editions, composed of works of other well-known writers, such as Raúl Amaral, Horacio Ponce de León, Ana Emilia Lahite, and María de Villarino, who were all part of the so-called Generation del 40’. She also worked for several newspapers and specialized magazines, and was a member of the Argentine Society of Writers as well as of a large number of cultural and social institutions. She won some prizes, among which was the Consejo del Escritor for her short story Niña en la ventana, and another for her novel Estimado señor Gris. 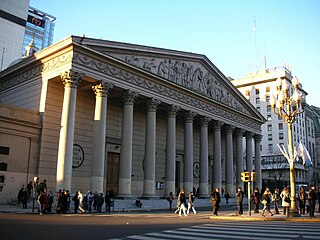 Paulina Trotz is an Argentine Biologist and Model. She is the daughter of Ernesto Trotz and María Laura Fernández Roussee. 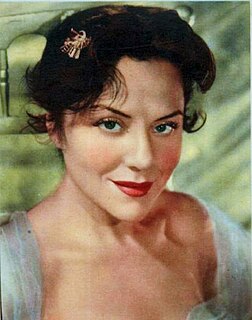 Amelia Bence was an Argentine film actress and one of the divas of the Golden Age of Argentine Cinema (1940–60). 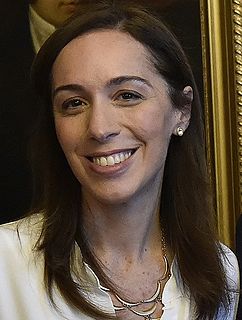 María Eugenia Vidal is an Argentine politician who served as Governor of the Buenos Aires Province, being the first woman in the office, and the first non-Peronist since 1987.

Sebastián Estevanez is an Argentine actor and model.

Paulina Singerman (1911–1984) was an Argentine actress who primarily worked during the Golden Age of Argentine Cinema, performing on both stage and in films. In the later part of her career, she spent a decade performing for television. She was the younger sister of actress Berta Singerman. In 1981, she was awarded both a Diploma of Merit and a Platinum Konex for her comedy work in film and theater.

Carolina Stanley is an Argentine lawyer and politician. From 2011 to 2015, she worked as the minister of social development of the City of Buenos Aires until then-president Mauricio Macri appointed her as Minister of Social Development of the Argentine Nation, a post that she held until Macri left the Casa Rosada in 2019.

The 2018 Argentina Women's Hockey National Tournament was the 10th edition of the women's national tournament. It was held from 10 to 13 May 2018 in Buenos Aires, Argentina.

The 2017 Argentina Women's Hockey National Tournament was the 9th edition of the women's national tournament. It was held from 24 to 27 August 2017 in Salta, Argentina.

The 2016 Argentina Women's Hockey National Tournament was the 8th edition of the women's national tournament. It was held from 27 to 30 October 2016 in Tucumán, Argentina.

Gasoleros is an Argentine telenovela issued between 1998 and 1999 by Canal 13. It aired at 9:00 p.m. during prime time, Monday through Friday. It was produced by Pol-ka and the original idea was from Adrián Suar. The musical theme of the introduction is Gasolero from Vicentico.

Jorge Horacio Ferraresi is an Argentine Justicialist Party politician and engineer who was intendente (mayor) of Avellaneda, a partido in the Greater Buenos Aires metropolitan area, from 2009 to 2020. Since 2020 he has been Minister of Territorial Development and Habitat in the cabinet of President Alberto Fernández.