It was originally launched in 2008 as a sports channel. Due to the financial problems of RTVS at the time, Trojka ended its broadcasting on June 30, 2011. It was revived on 22 December 2019 as a channel showing archived content from RTVS and its predecessors STV and ČST for an older audience.

ITV is a British free-to-air television network. It was launched in 1955 as Independent Television to provide competition to BBC Television. ITV is the oldest commercial network in the UK. Since the passing of the Broadcasting Act 1990, its legal name has been Channel 3 to distinguish it from the other analogue channels at the time, BBC1, BBC2 and Channel 4.

Slovenská televízia was a state-owned public television organization in Slovakia. It was created in 1991 as the Slovak part of the former Czechoslovak Television and was headquartered in Bratislava. It was funded from a combination of television licence fees, advertising, and government funding. It ceased to existed on 1 January 2011, when it was merged with the state-owned public radio organization Slovenský rozhlas to create Rozhlas a televízia Slovenska.

Television stations in Slovakia broadcast in both DVB-T format and DVB-T2 format. Broadcasting is mostly in the Slovak, state-owned channels have some dedicated broadcasting for ethnic minorities. Foreign language movies and shows are dubbed. Czech production is often broadcast in original, with the exception of juvenile programs. Sometimes, foreign language movies are broadcast with Czech dubbing. Czech television channels are also popular in Slovakia, received in paid DVB-T2 service, directly in border regions or carried by cable companies and satellite operators. Most of premium channels like Filmbox, HBO, Viasat Channels, etc. broadcast only in Czech. Discovery, Sport 1, Sport 2 and few others are exception, they broadcast in both Czech and Slovak.

Slovakia has participated in the Eurovision Song Contest seven times, debuting in 1994. It had attempted to debut in 1993, but did not pass through the qualifying round. In the first three finals that Slovakia participated in, it placed no better than 18th, which it achieved in 1996. Because of its poor results, Slovakia was relegated in 1995 and 1997, and eventually withdrew in 1999. The country returned in 2009, although they withdrew again within 4 years, having failed to qualify for the final every year since their return.

STV may refer to:

RTV is a Bangladeshi Bengali-language satellite and cable television channel owned by Bengal Media Corporation. It is headquartered in the BSEC Building in Kawran Bazar, Dhaka. RTV began broadcasting on 26 December 2005 as a sister channel of NTV. It is one of Bangladesh's most popular television channels, according to TRP reports.

STV Glasgow was a British local television station serving Glasgow and surrounding areas. The station was owned and operated by STV Group plc in partnership with Glasgow Caledonian University.

STV is a Scottish free-to-air television channel owned by STV Group and is a part of the ITV network. 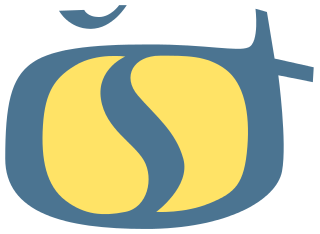 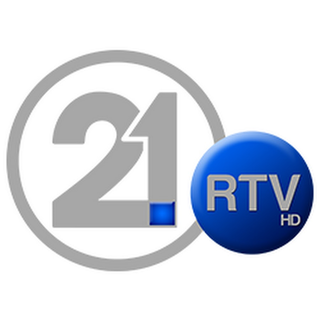 RTV21 is a media company based in Pristina, Kosovo, which includes a radio, a television, and a website.

Dvojka is a Slovak television channel owned and operated by RTVS.

Trojka or Trójka literally means the digit or number three in some Slavic languages.

STV Player is a video on demand service owned by STV Group and available free of charge to viewers across the UK online, on mobile and on all major TV platforms including Sky Glass, Amazon Fire TV, Roku, Apple TV, Android TV and Freeview Play.

Rajawali Televisi is a commercial television network in Indonesia, owned by Rajawali Corpora. RTV is currently segmented as "family television", licensed via the Ministry of Communication and Information Technology, and its frequency is coordinated through the Department of Transportation. RTV officially aired for the first time on 1 November 2009, in Jakarta as B-Channel. With its airtime 24 hours, RTV's current programs focus on entertainment, soft news, and a variety of animation programs, ranging from anime, tokusatsu and children's animation. B-Channel changed its name to RTV with the launch of Langit Rajawali on 3 May 2014.

Radio and Television Slovakia or RTVS is a nationwide public broadcasting, state-funded organisation in Slovakia. It is headquartered in Bratislava and led by Jaroslav Rezník.

Osobnosť televíznej obrazovky, more commonly abbreviated as OTO, is a Slovak awards show recognizing the public figures and the work of popular culture in the country. Established by Art Production Agency (APA) in 2000, the television poll-based awards are voted on by the general viewing audiences. The annual ceremonies of the accolades are screened live by the national television network RTVS, usually in March for the previous calendar year.

The 10th OTO Awards, honoring the best in Slovak popular culture for the year 2009, took time and place on March 13, 2010 at the former Opera building of the Slovak National Theater in Bratislava. The ceremony broadcast live STV. The hosts of the show were Michal Hudák and Štefan Skrúcaný.