The name is said to be originated from a word called 'tarak lah' (lit:There's nothing) which was made from the progress of spelling and comprehension of the geographic officials in Perak. [1]

Trolak is home to one of the MARA Junior Science College which first open it doors in 2008. Although the name of the school is MRSM FELDA, it is commonly known by the local as MRSM Trolak. 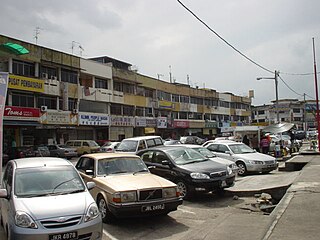 Masai is an area in Pasir Gudang, Johor Bahru District, Johor, Malaysia, and is the oldest neighbourhood of Johor Bahru town. It is located 25 kilometres from the Johor Bahru city centre. Masai is located on route J10 which leads to Kong Kong, a fishing village along Johor River. The main access roads to Masai are Jalan Masai Lama (J10) and Pasir Gudang Highway.

Gerik is a mukim and the district capital of Hulu Perak District, Perak, Malaysia. The town is also known as Rest Town owing to its strategic location next to East-West Highway , the main route linking Kedah, Penang and Kelantan.

Ketengah Jaya is a townships in Dungun district of Terengganu, Malaysia. It is located in area Paka, Dungun. This area is a concern under FELDA. The villagers are not native people. The main activity used to for the villagers are through oil palm plantation.

Sungai Udang is a mukim and town in Melaka Tengah, Malacca, Malaysia. It is situated within the parliamentary constituency of Tangga Batu.

Hutan Melintang is a mukim in Bagan Datuk District, Perak, Malaysia. The town is located next to the Strait of Malacca.

Lurah Bilut is a town in Bentong District, Pahang, Malaysia. It is the oldest estate town in the country and also a constituency of the Pahang State Legislative Assembly. It is located along route en route to Raub. This estate town was established in 1960 by the Federal Land Development Authority (Felda).

Ahmad Fakri Bin Saarani is an exMalaysia professional footballer who plays for Malaysian side Northern Lions and Malaysia national team. Fakri plays mainly as a right winger but can also play as a forward or as an attacking midfielder. He is currently plays for Kelana United FC, Selangor League to maintain his fitness and as a freelance Personal Fitness Trainer for a Royal Family. He is a free agent and looking for a come back as professional football player in 2021. 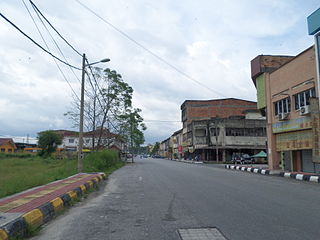 Sungkai is a mukim in Batang Padang District, Postcode 35600 Perak, Malaysia. It is accessible via the North–South Expressway's Sungkai Interchange.

Sungai Tengi is a small town in Selangor, Malaysia. The town is located near FELDA Soeharto.

FELDA Besout is a settlement town in Perak, Malaysia. This FELDA settlement is located about 28 km from Sungkai town.

The 2011 Liga Super Malaysia is the eighth season of the Malaysia Super League, the top-tier professional football league in Malaysia. The season was held from 29 January and concluded on 30 July 2011. Selangor is the current defending champions.

The 2012 Liga Super also known as the Astro Liga Super for sponsorship reasons is the ninth season of the Liga Super, the top-tier professional football league in Malaysia.

MRSM FELDA or MJSC FELDA is a college in Trolak, Sungkai, Perak, Malaysia. It is one of the MARA Junior Science College group of co-educational boarding schools. The school was named Kampus Tun Abdul Razak after Tun Abdul Razak, the founder of FELDA. The school is built on an 86.06-acre area within Feldajaya Utara. The school is the most expensive and the second-largest MRSM school in Malaysia, and can currently can accommodate up to 1000 students from the age of 13 to 17. Some of the local refer the school as MRSM Trolak after the nearest township.

The 2013 Liga Super also known as the Astro Liga Super for sponsorship reasons, is the 10th season of the Liga Super, the top-tier professional football league in Malaysia. 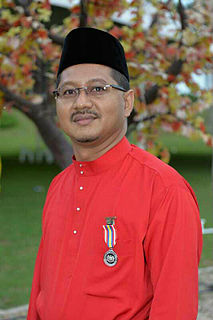 Datuk Akmar Hisham Bin Mohd Yusof @ Mokhles is the press secretary for the prime minister of Malaysia. Akmar Hisham is also a member of the advisory panel for Wasatiyyah Institute Malaysia which promotes moderate Islamic values. He is also involved in non-governmental and charity organization. 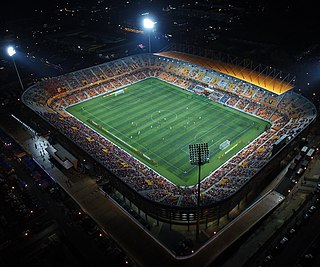 Tun Abdul Razak Stadium is a football stadium in Jengka, Maran District, Pahang, Malaysia. It is currently used primarily for football matches. The stadium holds 25,000 people and opened in 2015. It was named after former prime minister of Malaysia, Tun Abdul Razak and currently is the home stadium of Felda United.

The 2019 season was Pahang's 16th season in the Malaysian Super League since its inception in 2004.