Troll Cabal (also written, especially on Twitter, as #TrollCabal) is an informal nonprofit advocacy group of Nigerians that use Twitter to try to bring about social change through what it defines as "harmless trolling," making mockery "of the drama that characterizes Nigeria's political space," providing a "counter-narrative that is non-violent/Harmless and at the same time humorous". [1] It has also been described as an online movement which irreverently parodies the happenings in the Nigerian State. [2] [3] [4] [5]

Advocacy groups use various forms of advocacy in order to influence public opinion and/or policy. They have played and continue to play an important part in the development of political and social systems.

Twitter is an American online news and social networking service on which users post and interact with messages known as "tweets". Tweets were originally restricted to 140 characters, but on November 7, 2017, this limit was doubled for all languages except Chinese, Japanese, and Korean. Registered users can post, like, and retweet tweets, but unregistered users can only read them. Users access Twitter through its website interface, through Short Message Service (SMS) or its mobile-device application software ("app"). Twitter, Inc. is based in San Francisco, California, and has more than 25 offices around the world.

Troll cabal shares nothing in common with Internet trolling. [6] [7] [8] Internet trolls are disruptive, abusive and sow discord by posting inflammatory messages in online communities. [9] [10] Rather, the Troll Cabal promotes tolerance in Nigeria's (Twitter) online spaces through humour that is based on truth. [11] [12] The Troll cabal also aims at using satire to highlight serious issues without offending sensibilities. [13] [14]

In Internet slang, a troll is a person who starts quarrels or upsets people on the Internet to distract and sow discord by posting inflammatory and digressive, extraneous, or off-topic messages in an online community with the intent of provoking readers into displaying emotional responses and normalizing tangential discussion, whether for the troll's amusement or a specific gain.

According to Nwachukwu Egbunike, the second "Convener," the group was founded in 2014 in response to the prevailing attitude on Nigerian twitter where so-called "overlords" who spoke on behalf of politicians dominated and distorted discourse in favour of their candidates. "Twitter soon morphed from being simply a networked public square to a theater of political battle." [15]

It is made up of Nigerian Twitter users from diverse ethnic nationalities, political leanings and cultural sympathies [16] [17] and thrives on "the community’s mastery of sarcasm, wit, parody, and playful performance in the criticism of political, social, and cultural anomalies." [18]

The organisation has as its head a "Convener" elected to a one-year term by users on Twitter. [19]

Elections in Nigeria are forms of choosing representatives to the Nigerian federal government and the various states in Nigeria.

The founder and pioneering convener was Ikenna Okonkwo (@failedrift), a geologist, university lecturer, and blogger (2014-2015).

The fourth convener was Ose Anenih (@PapaDonkee) whose election also ushered in the position of a "Vice Convener" (now occupied by Yemi Adesanya: @toyosilagos) for the first time. [24] [25] (2017-2018)

The current Convener is Jaja(@jajaphd). [26]

Malam Nasir Ahmad El-Rufai is a Nigerian politician who is the incumbent Governor of Kaduna State, Nigeria. He was the former Director General of Bureau of Public Enterprises, the head of privatisation agency in Nigeria. He was the Minister of the Federal Capital Territory, Abuja from 16 July 2003 to 29 May 2007. He is a member of All Progressives Congress (APC) and was elected as the Executive Governor of Kaduna State during the 2015 general elections in Nigeria. 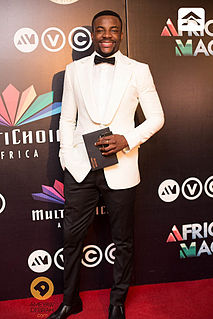 The web brigades, also known as Russia's troll army, Russian bots, Putinbots, Kremlinbots, troll factory, or troll farms are state-sponsored anonymous Internet political commentators and trolls linked to the Russian government. Participants report that they are organized into teams and groups of commentators that participate in Russian and international political blogs and Internet forums using sockpuppets and large-scale orchestrated trolling and disinformation campaigns to promote pro-Putin and pro-Russian propaganda. It has also been found that articles on Russian Wikipedia concerning the MH17 crash and the 2014 Ukraine conflict were targeted by Russian internet propaganda outlets.

Tolu Oniru, popularly known as Toolz, is a Nigerian radio personality, talk show host, and presenter. She is best known for hosting The Midday Show on The Beat 99.9 FM.

Marie Lora-Mungai is a Media Entrepreneur, producer, writer and showrunner. She is the founder and CEO of Restless Global, a company focused on the development and production of African-inspired stories for an international audience. She also founded or co-founded talent agency Restless Talent Management, leading African VOD service Buni.tv, and production company Buni Media, now all under Restless Global.

Oluwatobiloba Daniel Anidugbe, formerly known as Kiss Daniel, now “Kizz Daniel”, is a Nigerian recording artist, performer and entertainer best known for his chart-topping single "Woju" and his critically acclaimed song, Yeba. Formally signed to G-Worldwide Entertainment in 2013, he left the company in November 2017 to create his own record label, Fly Boy Inc.

Legit.ng is a Nigerian digital media and news platform. It is ranked as the 7th overall most visited website in Nigeria by Alexa. Legit.ng is the biggest publisher on Facebook by the audience in ‘Media’ category.

Kọ́lá Túbọ̀sún is a Nigerian linguist, writer, scholar and cultural activist whose work and influence span the fields of education, technology, literature, journalism, and linguistics. He is a Fulbright Fellow and recipient of the 2016 Premio Ostana "Special Prize" for Writings in the Mother Tongue. for his work in language advocacy. He writes in Yoruba and English.

Temie Giwa-Tubosun is a Nigerian-American health manager, founder of LifeBank, a business enterprise in Nigeria working to improve access to blood transfusions in the country. 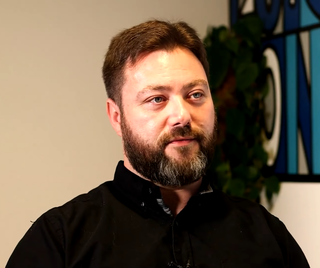 Carl Benjamin is a British YouTuber, political commentator, anti-feminist and polemicist better known by his online alias Sargon of Akkad. Benjamin grew to prominence through the Gamergate controversy. Since Gamergate he has covered topics such as identity politics, the alt-right, Brexit, and political correctness. 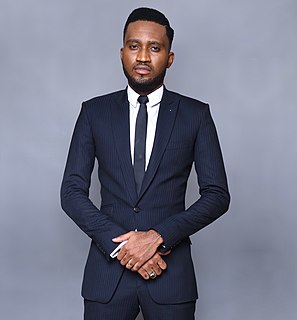 Ohimai Godwin Amaize or Mr Fix Nigeria is a Nigerian media personality, political strategist and publisher. He served in the Nigerian government from 2011-2015.

Yemisi Aribisala is a Nigerian essayist, writer and food memoirist. She has been described as having a "fearless, witty, and unapologetic voice", and was named by Sarah Ladipo Manyika as one of seven bold and new international voices.

Uche Odoh is a Nigerian female photographer, content creator, filmmaker and model who became popular by joining the 2007 edition of the Amstel Malta Box Office Competition.

Adenrele Sonariwo is a Nigerian entrepreneur and art curator. She is the founder of the Rele Art Gallery on Military Street, Onikan, Lagos Island, Lagos, Nigeria. She was the lead curator of the first Nigerian pavilion at the 57th Venice Biennale in 2017. 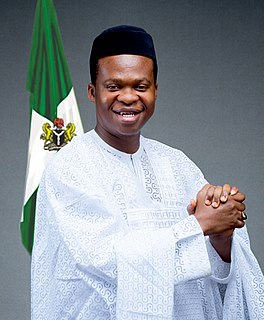 Hamzat Lawal is an anti-corruption activist. He is the initiator of Follow The Money, and the founder of Connected Development, a non-profit organization that comprises data analysts, journalists, activists, and students.