Trolleybuses are electric buses that draw power from dual overhead wires using spring-loaded trolley poles. By the standards of the other now-defunct trolleybus systems in the United Kingdom, the Cardiff system was medium-sized, with 14 routes and a maximum fleet of 79 trolleybuses. [2] It was closed on 11 January 1970 (1970-01-11). [1] [2]

Four Cardiff trolleybuses have been preserved. Nos. 243 and 262 are at the Cardiff & South Wales Trolleybus Project in eastern Cardiff, no. 215 is at the National Collections Centre of National Museum Wales, Nantgarw, and no. 203 is at the Trolleybus Museum at Sandtoft, Lincolnshire, England. [3] 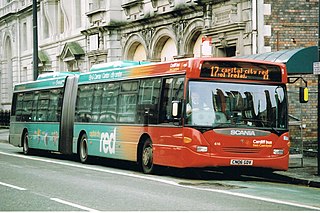 Capital City Red is the branding of bus services 17 and 18 in Cardiff. The route runs from the city centre to the west of the city, serving the Canton, Ely and Caerau districts. 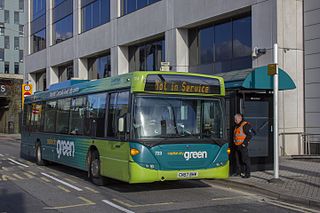 Capital City Green was the branding of the bus service 27 Cardiff, operated by Cardiff Bus. The route ran from the city centre to the north of the city, serving the Maindy, Heath, Birchgrove and Thornhill districts. 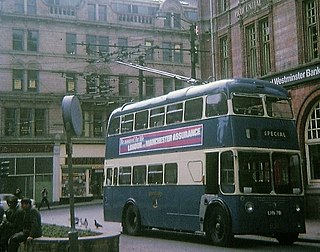 The Bradford trolleybus system served the city of Bradford, Yorkshire, England for much of the 20th century. It was one of the first two trolleybus systems to be opened in the United Kingdom, along with the Leeds system. 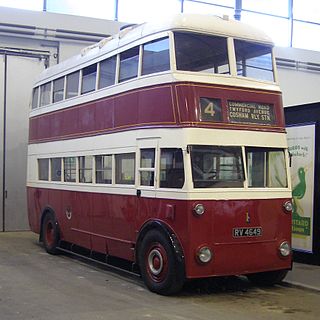 The Portsmouth trolleybus system once served the city of Portsmouth, Hampshire, England. Opened on 4 August 1934, it gradually replaced the Portsmouth tramway network; the last trams ran on 10 November 1936. The Maidstone trolleybus system once served Maidstone, the county town of Kent, England. Opened on 1 May 1928, it gradually replaced the Maidstone tramway network.

The trolleybus system in Manchester, England, opened on 1 March 1938, and gradually replaced certain routes of the Manchester tramway network. Manchester was a belated convert to trolleybuses having already started a programme of tram to diesel bus conversion in the mid-1930s and this, overall, continued to be the preferred option for tram conversion that was completed in 1949. 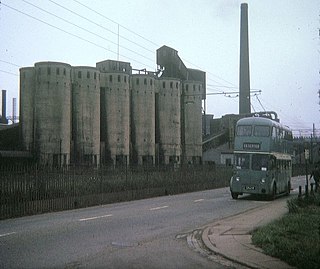 The Teesside trolleybus system once served the conurbation of Teesside, in the North East of England. Opened on 8 November 1919, it was unusual in being a completely new system that was not replacing any previously operating tramway network.

The Birmingham trolleybus system once served the city of Birmingham, in the West Midlands region of England. Opened on 27 November 1922, it supplemented Birmingham's original tramway network.

The Hastings trolleybus system once served the town of Hastings, East Sussex, England. Opened on 1 April 1928, it gradually replaced the Hastings tramway network, with the first route to be converted that from the Fishmarket to Hollington, East Sussex and the last, the circular route. Tram replacement cost £1,383 per mile, but increased average speed from 7.5 to over 10 mph and cut costs from 13d to 10d per mile. 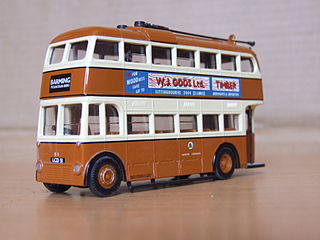 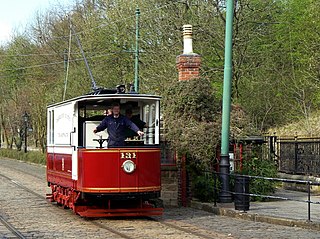 Cardiff Corporation Tramways was a company that operated an electric tramway service in Cardiff between 1902 and 1950.

Media related to Trolleybuses in Cardiff at Wikimedia Commons