Tropical Storm Carol was used for eight tropical cyclones world wide: three in the Atlantic Ocean, four in the Australian region of the Indian Ocean and one in the northwestern Pacific Ocean.

In the Australian region:

In the northwestern Pacific:

The name Fay or Faye has been used for 22 tropical cyclones worldwide: 5 in the Atlantic Ocean; 1 in the Australian region; 1 in the South Pacific Ocean; and 15 in the Western Pacific Ocean.

The name Sam or Samuel has been used for four tropical cyclones worldwide, one in the North Atlantic, two in the Western Pacific Ocean, and one in the Australian region of the Pacific. After 2000, the name Sam was retired in that region. 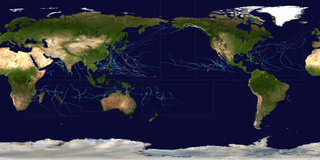 During 2019, tropical cyclones formed within seven different tropical cyclone basins, located within various parts of the Atlantic, Pacific and Indian Oceans. During the year, a total of 150 systems formed with 102 of these developing further and were named by the responsible warning centre. The strongest tropical cyclone of the year was Typhoon Halong, which was estimated to have a minimum barometric pressure of 905 hPa (26.72 inHg), Halong also has the highest wind-speed, with 1-minute sustained wind speed of 305 kilometres per hour (190 mph). 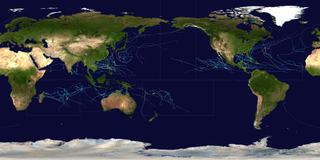 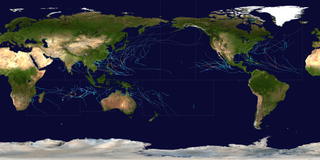 In 2021, tropical cyclones have formed in six major bodies of water, commonly known as tropical cyclone basins. Tropical cyclones will be assigned names by various weather agencies if they attain maximum sustained winds of 35 knots. During this year, 136 systems have formed and 85 were named, including one subtropical depression and excluding one system, which was unofficial. One storm was given two names by the same RSMC. So far, the most intense storm of the year was Typhoon Surigae, with maximum 10-minute sustained wind speeds of 220 km/h (140 mph) and a minimum pressure of 895 hPa (26.43 inHg). The deadliest tropical cyclone so far was Cyclone Seroja, which caused 272 fatalities in Indonesia, while the costliest so far was Hurricane Ida, which caused an estimated $65.25 billion USD in damage after striking Louisiana and the Northeastern United States.