Tropolis is a fruit purée that was introduced by Tropicana Products in 2010. It began limited circulation in late January 2011 with full circulation occurring in 2012.

Tropolis was introduced in December 2010 by Tropicana Products. It is an 80-calorie (330 kJ) fruit puree that is sold in pouches. The target audience is mothers and children. Initially, it will be rolled out in the Midwest as a trial market and sales will be expanded if the trial proves successful. Researchers who developed the drink worked with mothers and children to develop a texture of the drink that would flow through the pouch opening. The thickness of the drink was created by adjusting the mix of juice without the addition of gums or starches. The aim of the product, according to PepsiCo, is to get more fruit in the diet of children. The drink is part of the company's "good-for-you" portfolio, which seeks to unite Tropicana, Quaker, and Gatorade brands under one umbrella. PepsiCo Chairman and Chief Executive Indra Nooyi sees the emergence of a market to "snackify" drinks and "drinkify" snacks as a new frontier of sorts in convenience. [1]

New York University professor of nutrition Marion Nestle has noted that the product is not as healthy as pure fruit, saying, "They start out with real food, so let's give them credit for applesauce and mashed-up bananas...the rest of it is sugar. Kids would be better off eating an apple or a banana." She has also indicated that the fruit concentrates are just sugar. [1] A 3-part "Penny Arcade" strip showed Tycho criticizing Tropolis, saying, "What kind of fucking supervillain comes up with this shit?!" after which a fictitious "Origins" story for the product was shown, depicting an evil scientist setting out to "drinkify" snacks and ending up as a snack himself. [2] [3] [4]

7 Up is an American brand of lemon-lime-flavored non-caffeinated soft drink. The rights to the brand are held by Keurig Dr Pepper in the United States and by 7 Up international in the rest of the world. The U.S. version of the 7 Up logo includes a red circle between the "7" and "Up"; this red circle has been animated and used as a mascot for the brand as Cool Spot. Before that, the mascot was a fictional character named Fido Dido created by Joanna Ferrone and Sue Rose. He is used outside the U.S. for limited time retro cups, although the last time and location is not known.

Gatorade is an American brand of sports-themed beverage and food products, built around its signature line of sports drinks. Gatorade is currently manufactured by PepsiCo and is distributed in over 80 countries. The beverage was first developed in 1965 by a team of researchers led by Robert Cade. It was originally made for the Gators at the University of Florida to replenish the carbohydrates that the school's student-athletes burned and the combination of water and electrolytes that they lost in sweat during rigorous sports activities.

Dietdrinks or light drinks are sugar-free, artificially sweetened versions of carbonated beverages with few or no calories. They are generally marketed toward health-conscious people, diabetics, athletes, and other people who want to lose weight, improve physical fitness, or reduce their sugar intake.

Cheerios is a brand of cereal manufactured by General Mills in the United States, consisting of pulverized oats in the shape of a solid torus. In some countries, including the United Kingdom, Cheerios is marketed by Cereal Partners under the Nestlé brand; in Australia and New Zealand, Cheerios is sold as an Uncle Tobys product. It was first manufactured in 1941 as CheeriOats.

Pepsi Max is a low-calorie, sugar-free cola, marketed by PepsiCo as an alternative to their drinks Pepsi and Diet Pepsi. It is primarily sold in European and Asian markets. 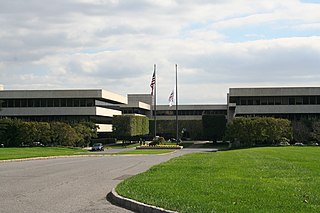 PepsiCo, Inc. is an American multinational food, snack, and beverage corporation headquartered in Harrison, New York, in the hamlet of Purchase. PepsiCo's business encompasses all aspects of the food and beverage market. It oversees the manufacturing, distribution, and marketing of its products. PepsiCo was formed in 1965 with the merger of the Pepsi-Cola Company and Frito-Lay, Inc. PepsiCo has since expanded from its namesake product Pepsi Cola to an immensely diversified range of food and beverage brands. The largest and most recent acquisition was Tropicana Products in 1998 and the Quaker Oats Company in 2001, which added the Gatorade brand to the Pepsi portfolio.

Sierra Mist is a lemon-lime flavored soft drink line. Originally introduced by PepsiCo in 1999, it was eventually made available in all United States markets by 2003. The drink was rebranded as "Mist Twst" in 2016, although it reverted to Sierra Mist in 2018. The brand is aimed at competing with The Coca-Cola Company's Sprite brand and Keurig Dr Pepper's 7 Up.

Tropicana Products, Inc. is an American multinational company which primarily makes fruit-based beverages. It was founded in 1947 by Anthony T. Rossi in Bradenton, Florida. Since 1998, it has been owned by PepsiCo. Tropicana's headquarters are in Chicago. The company specializes in the production of orange juice.

Fruitopia was a fruit-flavored drink introduced by The Coca-Cola Company in 1994 and targeted at teens and young adults. According to New York Times business reports, it was invented as part of a push by Coca-Cola to capitalize on the success of Snapple and other flavored tea drinks. The brand gained substantial hype in the mid-1990s before enduring lagging sales by decade's end. While still available in Canada and Australia as a juice brand, in 2003, Fruitopia was phased out in most of the United States where it had struggled for several years. However, select flavors have since been revamped under Coca-Cola's successful Minute Maid brand. Use of the Fruitopia brand name continues through various beverages in numerous countries, including some McDonald's restaurant locations in the United States, which carry the drink to this day.

The fruit snack is a sweet confectionery snack food marketed to parents as a snack for children in the United States. Fruit snacks are very similar to gummy candies. The main content is sugar, especially refined sugar derived from concentrated white grape juice and apple juice. Some fruit snacks have more sugar than gummy candies, and they usually have less protein. The main differences between gummi candies and fruit snacks are the marketing and advertising approaches, and the use of refined sugar extracted from tapioca or fruit juice in addition to, or sometimes instead of, refined sugar extracted from sugar beets, corn, or sugarcane.

Tab Clear was a variation of Tab. It is Coca-Cola's contribution to the short-lived "clear cola" movement during the early 1990s. It was introduced in the United States on December 14, 1992, in the United Kingdom a month later and in Japan in March 1993 to initially positive results. Tab Clear was, however, discontinued after only a short time of marketing in 1994. Unlike most other "clear" soft drinks, Tab Clear contained caffeine and, according to the company, had the flavor of cola.

Fruit Gushers are a Betty Crocker-branded fruit snack introduced in 1991. They are soft and chewy with a fruity-juice center.

Naked Juice is an American brand that produces juices and smoothies. The company is based in Monrovia, California and is owned by PepsiCo. Naked Juice Co. of Glendora, Inc. operates as a subsidiary of PepsiCo, Inc. The first Naked Juice drink was produced in 1983 and sold in California under the name "Naked Juice", referring to the composition of no artificial flavors, added sugar, or preservatives. Distribution has since expanded, and Naked Juice products are distributed in the United States, as well as in Canada, the United Kingdom, the Netherlands and France, among others.

Pepsi Next is a discontinued cola-flavored carbonated soft drink produced by PepsiCo. It was a variant of the Pepsi cola range.

The Quaker Oats Company, known as Quaker, is an American food conglomerate based in Chicago. It has been owned by PepsiCo since 2001.

Pepsi Spire is a touch screen soda fountain introduced by PepsiCo. The Spire's main competitor is the Coca-Cola Freestyle. Currently, Spire is available to retailers in two models, 2.0 and 5.0. It was designed by the Japanese machinery company Mitsubishi Heavy Industries.