Trostianets is a city in Sumy Oblast, Ukraine.

Trostianets may also refer to other places in Ukraine:

Disambiguation page providing links to topics that could be referred to by the same search term
This disambiguation page lists articles about distinct geographical locations with the same name.
If an internal link led you here, you may wish to change the link to point directly to the intended article.

Zboriv is a town in Ternopil Raion of Ternopil Oblast, west Ukraine. It is located in the historical region of Galicia. Local government is administered by Zboriv town council. Zboriv hosts the administration of Zboriv urban hromada, one of the hromadas of Ukraine. Population: 6,669 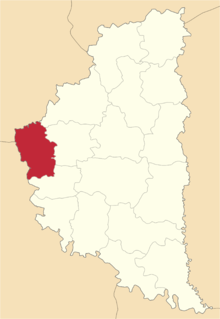 Berezhany Raion was a raion (district) in the westernmost corner of Ternopil Oblast (province) in western Ukraine, area traditionally known as Halychyna (Galicia). The administrative center was the city of Berezhany, some 50 km away from Ternopil and ca 80 km away from Lviv. Berezhany was separately incorporated as a city of oblast significance and did not belong to the raion. The Zolota Lypa river, a tributary of the Dniester tributary crossed the district from the north to the south. The river forms a large lake north of Berezhany. The raion was abolished on 18 July 2020 as part of the administrative reform of Ukraine, which reduced the number of raions of Ternopil Oblast to three. The area of Berezhany Raion was merged into Ternopil Raion. The last estimate of the raion population was 20,453 . The area of the raion was 661 km². There were 54 villages and 1 town (Berezhany) in the raion.

Pidlissia may refer to the following places in Ukraine: 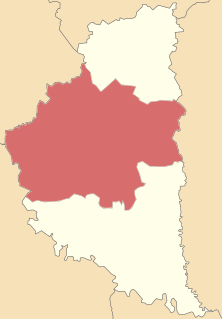 Ternopil Raion is a raion in Ternopil Oblast in western Ukraine. Its administrative center is Ternopil. It has a population of 67,199

Zaliztsi is an urban-type settlement in Ternopil Raion (district) of Ternopil Oblast (province) in western Ukraine. It hosts the administration of Zaliztsi settlement hromada, one of the hromadas of Ukraine. Population: 2,572

Mykolaiv is a city and shipbuilding port in southern Ukraine.

There are 35 placenames and 1 district in Ukraine called Horodyshche. This widely popular placename stems from old Ukrainian word horod, which means a fortified town, settlement but also can mean a garden in modern Ukrainian, depending on the stress of the syllable. 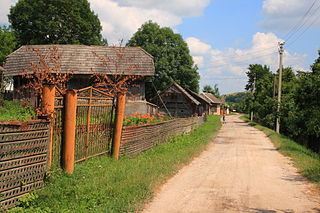 Trostianets is a village of 428 people in Ternopil Raion (county) of Ternopil Oblast of western Ukraine. It belongs to Saranchuky rural hromada, one of the hromadas of Ukraine. Trostianets lies in the very heart of the historic region of Halychyna. The current population is decreasing as a result of the remoteness of the village, and many houses are left empty. The village is located in a very remote forest area about 20 km south-west of Berezhany, among thick and large forests which provided the name for the village - Trostyanets. The landscape is very picturesque, with a little brook in the village valley, surrounded by pasture hills on both sides. One hill's name is "Sus' hill" from the Tartar word "sus," swine. There was a fire-post on that mountain which gave signs when the Tartars came to invade. There is a lake at the southern end of the village. The closest villages are Siltse and Bozhykiv.

Ratyshchi is a village (selo) in Ternopil Raion, Ternopil Oblast. It belongs to Zaliztsi settlement hromada, one of the hromadas of Ukraine. 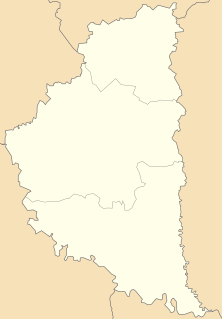 Harbuziv is a village (selo) in Ternopil Raion of Ternopil Oblast. It belongs to Zboriv urban hromada, one of the hromadas of Ukraine. The population of the village is about 303 people and Local government is administered by Harbuzivska village council.

Pidhaichyky may refer to the following places in Ukraine:

Kalne is an inhabited locality in Ukraine and it may refer to:

Zarichchia is the name of various places in Ukraine: 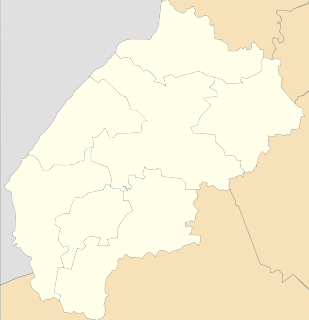 Rozdil is an urban-type settlement in Mykolaiv Raion of Lviv Oblast in Ukraine. It is located close to the right bank of the Dniester. Population: 2,444