Troutman is a surname. Notable people with the surname include:

Arenda Troutman was the Democratic alderman of the 20th Ward in Chicago. She was appointed to her position by Mayor Richard M. Daley in 1990, to fill a vacancy after the death of Alderman Ernest Jones. Troutman was the 16th woman to serve as a Chicago alderman. Despite her arrest and indictment on bribery charges, Troutman ran for alderman in 2007; she lost. 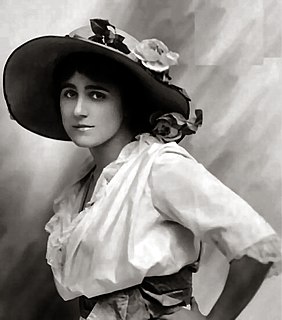 Ivy Troutman was an American supporting actress active during the first half of the twentieth century. She acted in at least twenty-one Broadway productions between 1902 and 1945, appearing in such long-running plays as A Pair of Sixes, Baby Mine and The Late George Apley. In the 1920s Troutman, with her husband, portrait painter Waldo Peirce, joined the colony of American expatriates in Paris that included Gertrude Stein, F. Scott Fitzgerald, Zelda Fitzgerald and Ernest Hemingway. 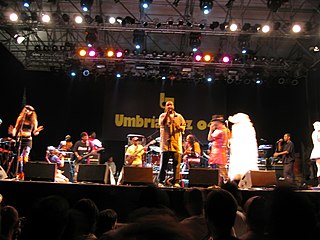 Roger Troutman, also known mononymously as Roger, was an American singer, composer, songwriter, producer, multi-instrumentalist and the founder of the band Zapp who helped spearhead the funk movement and heavily influenced west coast hip hop due to the scene's heavy sampling of his music over the years. Troutman was well known for his use of the talk box, a device that is connected to an instrument to create different vocal effects. Roger used a custom-made talkbox—the Electro Harmonix "Golden Throat," through a Moog Minimoog and later in his career a Yamaha DX100 FM synthesizer. As both band leader of Zapp and in his subsequent solo releases, he scored a bevy of funk and R&B hits throughout the 1980s.

Shirley Murdock is an American R&B singer-songwriter, who is best known for her 1986 R&B hit single "As We Lay" and for her vocals on Zapp and Roger hit single "Computer Love". Her lead vocal special guest appearance with SmoothJazz artist Ben Tankard, climbed to #1 Gospel and #20 on Billboard Top 200 on WOW Gospel 2006 and is certified Gold. Their collaboration of the Lionel Richie song "Jesus Is Love" is one of the most played songs on Sirius XM Radio gospel channel for eight years since its initial release. 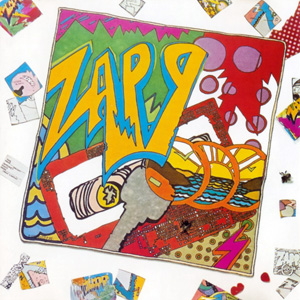 Zapp is the debut studio album by the American funk band Zapp, released on July 28, 1980 by Warner Bros. Records. The album's style was highly similar to Parliament-Funkadelic, as the band was working with and being mentored by both Parliament members William Earl "Bootsy" Collins and George Clinton during the album's production. The album was produced by Zapp frontman Roger Troutman and Bootsy. The Troutman family of the Zapp band had close ties with the Collins family, both being Ohio natives. This friendship proved instrumental in Zapp gaining a record deal with Warner Bros. Records in 1979. Zapp was recorded between late 1979 and early 1980 at the United Sound Studios in Detroit, Michigan, of which Parliament-Funkadelic frequented. 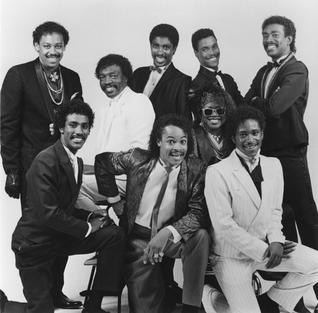 Zapp is an American funk band that emerged from Dayton, Ohio, in 1977. Particularly influential in the electro subgenre of funk, Zapp were known for their trademark use of the talk-box effect. The original line-up consisted of four Troutman brothers—frontman Roger, Larry, Lester and Terry—and non-Troutman family members Bobby Glover, Gregory Jackson, Sherman Fleetwood, Jerome Derrickson, Eddie Barber and Jannetta Boyce. Zapp also worked closely with George Clinton and Bootsy Collins of Parliament-Funkadelic during its early stages, their support being a factor in the group gaining a record deal with Warner Bros. Records in 1979.

Game Related is the second studio album by American rap group The Click, released November 7, 1995 on Jive and Sick Wid It Records. The album features production by Mike Mosley, Roger Troutman, Studio Ton and Tone Capone. It peaked at number 3 on the Billboard Top R&B/Hip-Hop Albums and at number 21 on the Billboard 200. Two singles were released, "Hurricane" and "Scandalous", and both appeared on multiple Billboard singles charts. The album features guest performances by Roger Troutman and Levitti, as well as one solo track for each member of the group. 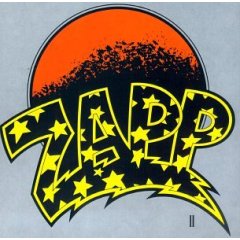 Zapp II is the second studio album by American funk band Zapp, released on 1982 via Warner Bros. Records. The album peaked at #25 on the US Billboard 200 chart and at #2 on the US Billboard R&B chart. Three singles were released from the album, "Doo Wa Ditty " / "A Touch of Jazz ", "Dance Floor" and "Playin' Kinda Ruff" / "Do You Really Want an Answer?". "Dance Floor" was the biggest R&B hit from the album, peaking at #1. The album was certified gold by the Recording Industry Association of America (RIAA) on September 21, 1982.

"More Bounce to the Ounce" is a song performed by American funk band Zapp. It is the opening track on their eponymous debut album and serves as the album's first single. The song was written, arranged, composed and produced by Roger Troutman; and it peaked at #86 on the Billboard Hot 100 in 1980.

The New Zapp IV U is the fourth studio album by the American funk band Zapp, released on October 25, 1985 by Warner Bros. Records. The album contained the song "Computer Love", which reached #8 on the US Billboard R&B chart. The album became the last release before frontman Roger Troutman would focus his efforts on his solo career; their next album, titled Zapp Vibe would be released later in 1989. 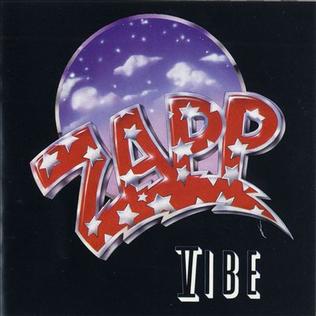 "Dance Floor" is a song performed, produced, arranged and composed by Roger Troutman. It is the opening track of Roger's second 'Zapp' branded studio album Zapp II and serves as the album's second single. It spent two weeks at #1 on the R&B chart.

Unlimited! is a 1987 electro-funk album, the third solo album by Zapp frontman Roger Troutman. It includes a cover of James Brown's 1965 single "Papa's Got a Brand New Bag," as well as Roger's biggest R&B and crossover hit, "I Want to Be Your Man."

Bridging the Gap is a 1991 electro-funk album, the fourth and final solo album by Zapp frontman Roger Troutman.

The Many Facets of Roger is the debut solo project by Dayton, Ohio-based funk musician Roger Troutman. The album went platinum based on the R&B successes of "So Ruff, So Tuff" and his cover of Marvin Gaye's "I Heard It through the Grapevine". In the album, Troutman featured two instrumentals, "A Chunk of Sugar" and "Blue ", which was recorded inside Detroit's United Sound Studios.

The Saga Continues... is the second solo album recorded by funk musician Roger Troutman, released in 1984 on the Warner Bros. label. The album contains Troutman's cover of Wilson Pickett's "In the Midnight Hour", which reached #34 on the U.S. R&B chart, as well as hits "In the Mix" and "Girl Cut It Out", a duet with Wanda Rash. Like his previous solo offering, The Many Facets of Roger, Troutman and his band mates from Zapp, including brothers Lester, Larry and Terry, helped contribute to the album.

Leroy Roosevelt "Sugarfoot" Bonner. Born in Hamilton, Ohio, about 20 miles (32 km) north of Cincinnati in 1943, Leroy Bonner grew up poor, the oldest of 14 children. After running away from home at 14, he wound up in Dayton, where he connected with the musicians who would form the Ohio Players.

All the Greatest Hits is the first official greatest hits album by American funk band Zapp, released October 26, 1993 via Reprise Records. The album contains songs Zapp performed as a band from their first four albums, as well as songs from Roger Troutman's solo albums. It peaked at No. 39 on the Billboard 200 and No. 9 on the R&B chart.

"Slow and Easy" is a song performed by American rhythm and blues band Zapp, issued as the second and final single from their first greatest hits album All the Greatest Hits. It was written by Roger Troutman, Larry Troutman and Shirley Murdock; and was produced by Roger. The song is the band's highest chart appearance to date on the Billboard Hot 100, peaking at #43 in 1993.

"Be Alright" is a song performed by the American funk band Zapp, it was issued as the second and final single from the band's eponymous debut album. The song peaked at #26 on the Billboard R&B chart in 1981 by Warner Bros. The beat of the song is notably sampled in the H-Town song "Knockin' Da Boots" and the 2Pac song "Keep Ya Head Up". The song was written, arranged, composed, performed and produced by Roger Troutman.