Truax may refer to:

Truax is an unincorporated community located in the town of Union, Eau Claire County, Wisconsin, United States. Truax is located along the Union Pacific Railroad near the northwest border of Eau Claire.

Dane County Regional Airport (DCRA) is a civil-military airport located six miles northeast of downtown Madison, the capital of Wisconsin. In the Federal Aviation Administration (FAA) National Plan of Integrated Airport Systems for 2019–2023, it is categorized as a small-hub primary commercial service facility. It is the second busiest of eight commercial airports in Wisconsin in terms of passengers served.

Madison Area Technical College is a public technical and community college based in Madison, Wisconsin. It serves students in parts of 12 counties in south-central Wisconsin: Adams, Columbia, Dane, Dodge, Green, Iowa, Jefferson, Juneau, Marquette, Richland, Rock, and Sauk. Campus locations include several throughout the city of Madison and four regional sites in the cities of Reedsburg, Watertown, Fort Atkinson, and Portage.

Truax Field may refer to:

The 37th Air Division is an inactive United States Air Force organization. Its last assignment was with Air Defense Command at Goose Air Force Base, Labrador, Canada It was inactivated on 30 June 1970.

The 115th Fighter Wing is a unit of the Wisconsin Air National Guard, which is stationed at Truax Field Air National Guard Base, Madison, Wisconsin. If activated to federal service, the Wing is gained by the United States Air Force Air Combat Command. 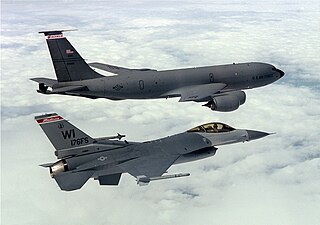 The 128th Air Refueling Wing is a unit of the Wisconsin Air National Guard, stationed at General Mitchell Air National Guard Base, Milwaukee, Wisconsin. If activated to federal service in the United States Air Force, the wing is operationally gained by the Air Mobility Command (AMC).

The 325th Fighter-Interceptor Squadron is an inactive United States Air Force unit, last assigned to Air Defense Command at Truax Field, Wisconsin, where it was inactivated on 25 June 1966. 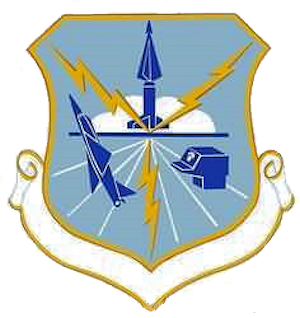 The Chicago Air Defense Sector (CADS) is an inactive United States Air Force organization. Its last assignment was with the Air Defense Command (ADC) 30th Air Division at Truax Field Wisconsin. It was inactivated on 1 April 1966.

The 520th Air Defense Group is a disbanded United States Air Force organization. Its last assignment was with the 4706th Air Defense Wing at Truax Field, Wisconsin, where it was inactivated in 1955. The group was originally activated as a support unit for the 340th Bombardment Group at the end of World War II in Italy and then redeployed to the United States where it was inactivated in 1945.

Truax is an unincorporated community in the Rural Municipality of Elmsthorpe No. 100, Saskatchewan, Canada. It held village status prior to December 30, 1970. Truax is located 80 km (50 mi) southwest of Regina and approximately 75 km (47 mi) southeast of Moose Jaw.

Peter Truax was a philanthropist, businessman, farmer, and third-party politician in the Chippewa Valley of Wisconsin. Truax was a prominent figure in the Chippewa Valley and one of the richest men in the county. His acquisition of wealth was due to the many business ventures he took part in. Truax was one of the leaders of the Prohibitionist movement in the state and was nominated for state and federal office by organizations of that party on several occasions. He owned large stocks in the Bank of Eau Claire and the New Bank of Eau Claire.