Truby is a surname. Notable people with the surname include:

Christopher John Truby is a third baseman who played some of his career in Major League Baseball, though most of his time was spent in various teams' minor league systems. Chris is a 1992 graduate of Damien Memorial High School in Honolulu, Hawaii.

Harry Garvin Truby, was a former professional baseball player who was an infielder in the Major Leagues from 1895 to 1896. He would play for the Chicago Colts and Pittsburgh Pirates.

Jason Truby is an American musician. He began his career in 1989 with Living Sacrifice as lead guitarist. He was also a member of P.O.D., but has also performed with Phil Keaggy, David Beegle, Ashley Cleveland and her husband Kenny Greenberg, and was a guest performer with Phil Keaggy's band Glass Harp at the First Annual Denver Guitar Festival. 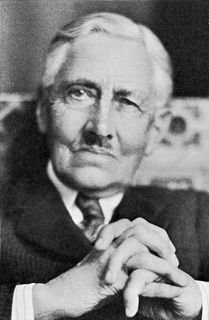 Sir Frederic Truby King, generally known as Truby King, was a New Zealand health reformer and Director of Child Welfare. He is best known as the founder of the Plunket Society.

Twink may refer to:

Darrell Wayne Evans is a former third baseman and first baseman in Major League Baseball who played from 1969 to 1989 with the Atlanta Braves, San Francisco Giants (1976–83) and Detroit Tigers (1984–88). He is also the former manager and director of player personnel for the Victoria Seals of the Golden Baseball League.

Melvin is a masculine given name and surname, likely a variant of Melville and a descendant of the French surname de Maleuin and the later Melwin. It may alternatively be spelled as Melvyn and the name Melivinia may be used a feminine form. Of Norman French origin, originally Malleville, which translates to "bad town," it's likely it made its way into usage in Scotland as a result of the Norman conquest of England. It came into use as a given name as early as the 19th century, in English-speaking populations.

Tubby is a nickname and surname and may refer to:

David Schad Ward is an American film director and screenwriter. His screenplay for The Sting (1973) won him an Academy Award for Best Original Screenplay. 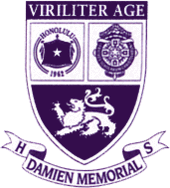 Damien Memorial School is a private Roman Catholic preparatory school for boys and girls in grades 6-12 in Kalihi, Oahu, a section of Honolulu, Hawaii, United States. Located in the Roman Catholic Diocese of Honolulu, the school is sponsored by the Congregation of Christian Brothers and is accredited by the Western Association of Schools and Colleges.

Corey is a masculine given name and a surname.

Edward Norman Bane is a former professional baseball pitcher and executive, who played from 1973 to 1976 for the Minnesota Twins of Major League Baseball (MLB). 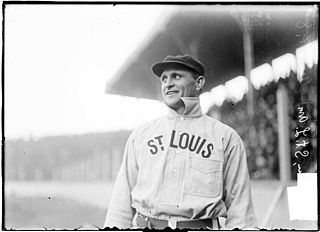 Richard Joseph "Dick" Padden, nicknamed "Brains", was an American professional baseball player, born in Wheeling, West Virginia, who played mainly as a second baseman in Major League Baseball for nine seasons from 1896 to 1905.

Terry Adams may refer to:

Donn is a given name in the Irish language. Donn was originally a byname, which had two meanings: one of the meanings was "brown"; the other was "chief" or "noble". Its use as a given name today is represents a short form of any of the various of Gaelic names that begin with the first element donn-. A variant form of the name is Don.

The Lima Lees were a minor league professional baseball team that played in the Ohio–Pennsylvania League and Interstate Association. In 1905, the club was managed by Eddie Bailey; in 1906, Harry Truby led the team. Bob Bescher is one known major leaguer to spend time with the club. It was the first pro baseball team to be based in Lima, Ohio since 1895.