Trud (Bulgarian : Труд, English: Labor), is the largest-circulation Bulgarian daily newspaper. The newspaper's first issue came out on 1 March 1936, making it one of the oldest Bulgarian newspapers still in existence. From 3 January 1994 to 31 December 2008 it was known as Dneven Trud (Дневен Труд, Daily Labor). [1]

The first issue of the newspaper came on 1 March 1936 and it was the first weekly newspaper in Bulgaria. It was delivered only to the big towns Sofia, Plovdiv, Varna in the first year. From 20 October 1944, the name of the newspaper was changed to "Flag of the Labor". On 15 September 1946, the newspaper took back its name. From 3 January 1994, it became an independent Bulgarian newspaper. Trud was a syndicate organ until 1992 when it became a private-owned daily. Its editor-in-chief is Tosho Toshev. The owner of Trud which is published in tabloid format is WAZ. [2]

Trud is a Russian newspaper.

Alexius Slav was a Bulgarian nobleman (bolyarin), a member of the Vlach Asen dynasty, a nephew of the first three Asen brothers. He was first probably the governor of the Rhodopes domain of the Second Bulgarian Empire, and then an autocrat in these lands.

Der Angriff is a discontinued German language newspaper founded in 1927 by the Berlin Gau of the Nazi Party. The last edition was published on 24 April 1945. 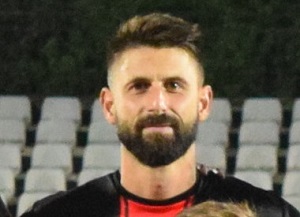 Bulgarian Footballer of the Year is an annual title awarded to the best Bulgarian association football player of the year. The award has been given since 1961, and the winner is elected by authorized journalists from the leading Bulgarian media.

The Bulgarian Action Committees in Macedonia were patriotic nationalist organizations of Bulgarians in Macedonia during 1941, emboldened by the invasion Yugoslavia by Nazi Germany, determined to end the Yugoslav (Serbian) rule in the region, perceived as oppressive by Macedonian Bulgarians and by the representatives of other communities or political tendencies in Vardar Macedonia. They were also encouraged by the friendly relations between Nazi Germany and Bulgaria, and by the hope that after the German Army swept through the Bulgarian one succeed it. The time of the Bulgarian Action Committees was a time witnessing an acute lack of authority. The Serbs in authority positions had fled most of the region, not afraid of the Germans, but primarily of reprisals from the local Bulgarian population. Only the Serbian authorities in Skopje and Bitola did not flee. The Bulgarians, specifically the Action Committees, sought to take control of the region for Bulgaria, laying the groundwork for Bulgarian rule. The Executive Committee of the organization was headed by: Stefan Stefanov from Kratovo, president, Spiro Kitinchev from Skopje, vice-president and Vasil Hadzhikimov from Štip, secretary. In Veles Bulgarian Action Committees received the active support by popular communist functionaries as Panko Brashnarov. 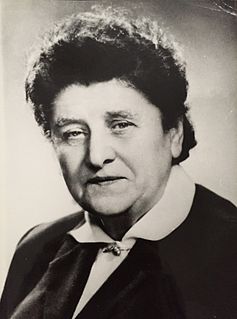 Tsola Nincheva Dragoycheva, also known under the pseudonym Sonya, was a Bulgarian politician of the Bulgarian Communist Party (BCP). A member of the illegal armed wing of the party in the 1920s, she spent years in prison and as an émigré in the Soviet Union. After World War II, she held a number of high posts and was part of the nomenklatura. From 1946 until 1990, she was continuously a member of the National Assembly of Bulgaria. On 11 December 1947 she became the first female member of a cabinet in the history of the country.

Simeon Traychev Radev was a Bulgarian writer, journalist, diplomat and historian, most famous for his three-volume book The Builders of Modern Bulgaria. 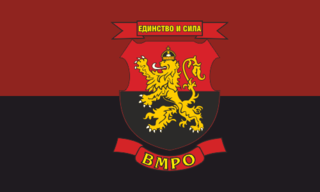 The IMRO – Bulgarian National Movement or IMRO-BNM is a far-right political party in Bulgaria led by Krasimir Karakachanov. It claims to be the successor to the historic Internal Macedonian Revolutionary Organization.

The 2011 Bulgaria antiziganist (anti-Gypsy) protests started during the night of 23 to 24 September 2011 in the village Katunitsa and later spread to other locations all over the country, including Plovdiv, Sofia, Varna, Burgas, Pleven, Ruse, Pazardzhik, Stara Zagora and others. The reason for the unrest was the murder of a local youth, who was run over by a car by the close associate of local Roma boss Kiril Rashkov. These protests were accompanied with racist chants and called for violence against Romani. The riots in Katunitsa led to the burning of two cars and four houses, owned by different members of the family of the alleged Romani crime boss Kiril Rashkov, also known as "Tsar Kiro". The United Nations and the OSCE condemned the demonstrations and the violence.

Kamelia Vladimirova Veskova, better known only as Kamelia, is a Bulgarian singer, actress and TV presenter.

Rumen Georgiev Rashev is a Bulgarian politician of the Union of Democratic Forces (Bulgaria) who was the mayor of Veliko Tarnovo between 1999 and 2011. He worked as a doctor in ''Stefan Cherkezov'' hospital from 1981 to 1997. He is a member of the Freemasonry community.

Trud is a village in Southern Bulgaria, located in Maritsa Municipality, Plovdiv Province. The total population count as of the June 2020 Census is 4017 people. 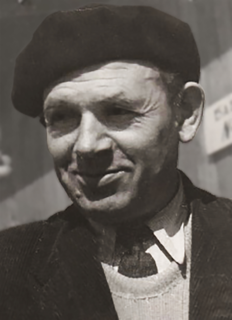 Boris Milev was a Bulgarian communist who worked in the theater, cinema, journalism, known for his role in the French Resistance as the political director of the FTP-MOI in the Paris region during World War II.