The Trudeau Institute is an independent, not-for-profit, biomedical research center located on a 42 acres (170,000 m2) campus in Saranac Lake, New York. Its scientific mission is to make breakthrough discoveries that lead to improved human health. [1]

Trudeau scientists work to discover the basic rules governing immunity (the body's natural defense system). The Institute presently employs eight research teams comprising 7 Ph.D.-level scientists, each studying some aspect of immunity. Their studies focus on immune responses to major infectious diseases, such as influenza, sepsis, and tuberculosis, as well as on the role of the immune system in cancer, asthma, allergy, arthritis, colitis, multiple sclerosis and aging.

The Institute was founded in 1884 as the Saranac Laboratory for the Study of Tuberculosis by Dr. Edward Livingston Trudeau as a tuberculosis treatment and research facility. Trudeau had trained as a physician after his elder brother succumbed to tuberculosis.

Trudeau himself was diagnosed with tuberculosis in 1873. Following the thinking of the time, his physicians and friends urged a change of climate. He went to live in the Adirondack Mountains, initially at Paul Smith's Hotel, spending time outdoors, and regained his health. [ citation needed ]

In 1876, he moved to Saranac Lake and established a medical practice.[ citation needed ]

In 1882, Trudeau read about German physician Hermann Brehmer's success treating tuberculosis with a systematic rest cure in cold, clear mountain air. Following this example, Trudeau founded the Adirondack Cottage Sanitarium for the treatment of tuberculosis with the support of several wealthy businessmen.

In 1894, after a fire destroyed his small laboratory, Trudeau built the Saranac Laboratory for the Study of Tuberculosis, the first laboratory in the United States dedicated to the study of tuberculosis. He subsequently dedicated his life to pursuing a cure for tuberculosis and was elected the first president of the National Association for the Study and Prevention of Tuberculosis, the predecessor of the American Lung Association. He died in 1915 at age 67. [2]

Following Trudeau's death, the sanitarium's name was changed to the Trudeau Sanatorium, and a foundation and school were established to train physicians and healthcare professionals in the latest tuberculosis treatment methods. By 1947, more than 15,000 patients had received treatment there.

The sanatorium closed in 1954, after the discovery of effective antibiotic treatments for tuberculosis.

In 1957 Trudeau's grandson, Dr. Francis B. Trudeau Jr., sold the property to the American Management Association. The proceeds were invested in a new medical research facility built on Lower Saranac Lake, which became the Trudeau Institute and opened in 1964.

Trudeau's Saranac Laboratory has been restored by Historic Saranac Lake and now serves as its headquarters and a museum.

In July 2020, Due to their role in assisting the regional community during the COVID-19 pandemic, the Saranac Lake Chamber of Commerce recently honored Adirondack Health and the Trudeau Institute as joint partners of the year. The dialogue included a look at what role the Institute plays in global research into pandemic vaccines as the award was presented. [3] 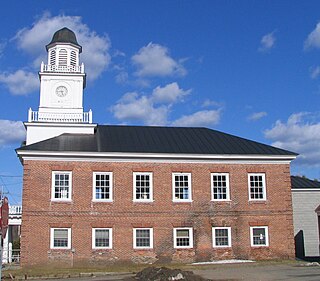 St. Armand is a town in Essex County, New York, United States. The population was 1,548 at the 2010 census. The town was named by an early settler for Saint-Armand, Quebec, in Canada.

Saranac Lake is a village in the state of New York, United States. As of the 2010 census, the population was 5,406. The village is named after Upper, Middle and Lower Saranac lakes, which are nearby.

A sanatorium is a medical facility for long-term illness, most typically associated with the treatment of tuberculosis (TB) in the late-nineteenth and early-twentieth century before the discovery of antibiotics. A distinction is sometimes made between "sanitarium" or the Eastern European "sanatorium" and "sanitorium".

The National Institute of Allergy and Infectious Diseases is one of the 27 institutes and centers that make up the National Institutes of Health (NIH), an agency of the United States Department of Health and Human Services (HHS). NIAID's mission is to conduct basic and applied research to better understand, treat, and prevent infectious, immunologic, and allergic diseases. 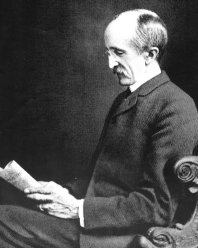 The Adirondack Correctional Facility is a medium-security prison in Ray Brook, New York in the Adirondack Mountains between Saranac Lake and Lake Placid; it detains up to 566 people. 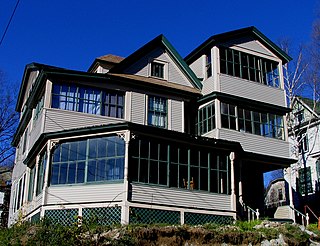 Between 1873 and 1945, Saranac Lake, New York, became a world-renowned center for the treatment of tuberculosis, using a treatment that involved exposing patients to as much fresh air as possible under conditions of complete bed-rest. In the process, a specific building type, the "cure cottage", developed, built by residents seeking to capitalize on the town's fame, by physicians, and often by the patients themselves. Many of these structures are extant, and their historic value has been recognized by listing on The National Register of Historic Places.

Hermann Brehmer was a German physician who established the first German sanatorium for the systematic open-air treatment of tuberculosis. 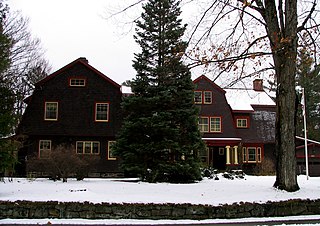 William Lincoln Coulter (1865–1907) was an American architect who came to Saranac Lake, New York in the spring of 1896 in an effort to cure his tuberculosis, and stayed to design some of the finest Adirondack Great Camps and Cure Cottages in the area. Among the camps he designed were Knollwood Club, Camp Eagle Island and Prospect Point Camp; Camp Eagle Island has been designated a US National Historic Landmark. In Saranac Lake, in 1903, he designed a house at 147 Park Avenue for Thomas Bailey Aldrich, editor of the Atlantic Monthly, that wits dubbed "The Porcupine" because it had so many fine points and belonged to a "quill pusher". He also designed the Coulter Cottage, built between 1897 and 1899.

Martha Reben was a writer. She who wrote The Healing Woods (1952), The Way of the Wilderness (1954), and A Sharing of Joy (1963) memoirs of her experiences camping on the shore of Weller Pond eight miles from Saranac Lake, New York in the Adirondacks in 1931 in an attempt to cure herself of tuberculosis. 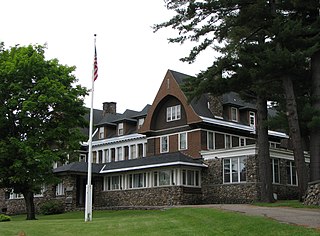 The Adirondack Cottage Sanitarium was a tuberculosis sanatorium established in Saranac Lake, New York in 1885 by Dr. Edward Livingston Trudeau. After Trudeau's death in 1915, the institution's name was changed to the Trudeau Sanatorium, following changes in conventional usage. It was listed under the latter name on the National Register of Historic Places in 1995.

The Church Street Historic District is a national historic district located in the village of Saranac Lake (Harrietstown) in Franklin County, New York. The district extends roughly along Church Street from Main Street to St. Bernard Street. It comprises twenty-seven buildings, including three churches, a medical laboratory, ten homes, two libraries, and six cure cottages, most built between the late 1870s and 1900.

Throughout history, the disease tuberculosis has been variously known as consumption, phthisis, and the White Plague. It is generally accepted that the causative agent, Mycobacterium tuberculosis originated from other, more primitive organisms of the same genus Mycobacterium. In 2014, results of a new DNA study of a tuberculosis genome reconstructed from remains in southern Peru suggest that human tuberculosis is less than 6,000 years old. Even if researchers theorise that humans first acquired it in Africa about 5,000 years ago, there is evidence that the first tuberculosis infection happened about 9,000 years ago. It spread to other humans along trade routes. It also spread to domesticated animals in Africa, such as goats and cows. Seals and sea lions that bred on African beaches are believed to have acquired the disease and carried it across the Atlantic to South America. Hunters would have been the first humans to contract the disease there. 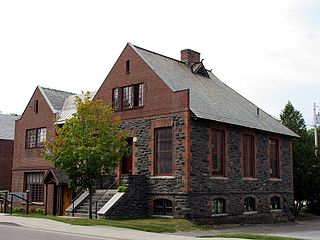 Historic Saranac Lake is a non-profit, membership organization dedicated to the preservation of the history and architectural heritage of the Saranac Lake area of New York State in the Adirondacks.