Trudy Larkin Forster travelled to Chile in October 1994, and settled in the coastal town of Pichilemu in O'Higgins Region. [2]

In 1999, Larkin Forster published her book Los Gatos del Casino . The book was premiered in the Children's Book Fair in Santiago, Chile during June 1999, and later at the Agustín Ross Art Room (now Agustín Ross Cultural Center) on September 18 of that year. [1] 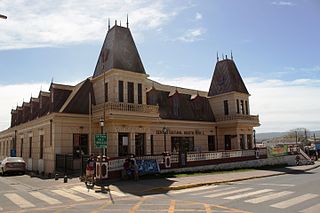 Agustín Ross Cultural Centre, previously known as Casino Ross, is the cultural center of the city of Pichilemu in Libertador General Bernardo O'Higgins Region, Chile. It was constructed between 1906 and 1909 at the request of politician Agustín Ross Edwards. The structure of the cultural center is very similar to that of the Grand Trianon in Versailles, France. 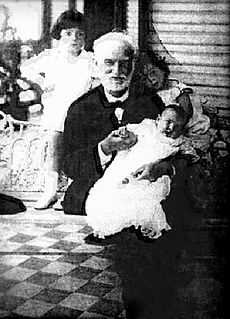 Agustín Ross Edwards was a Chilean politician, diplomat, and banker. He was son of David Ross and Carmen Edwards Ossandon; both were of British ancestry. He was married to Susana De Ferari. 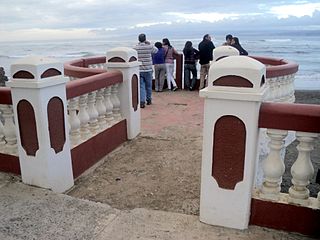 The Ross Balcony is a balcony constructed by Agustín Ross Edwards in 1910. It is located over rocks in the southern part of the beach of Pichilemu, in the Paseo de la Juventud. The waves came up to the balcony until the 1960 Valdivia earthquake.

The history of Pichilemu began around the 16th century, when Promaucaes inhabited the modern Pichilemu region. According to Chilean historiographer José Toribio Medina on his book Los Restos Indígenas de Pichilemu (1908), Spanish conqueror Pedro de Valdivia gave Topocalma encomienda, in which Pichilemu was supposed to be, to Juan Gómez de Almagro, on January 24, 1544.

The coat of arms of Pichilemu is the official heraldic symbol representing the city of Pichilemu, the capital of the Chilean province of Cardenal Caro. It consists of a party per cross referencing the importance of tourism in Pichilemu, and the commune's agricultural, huaso origins. The coat of arms is crested with a "symbolical representation of Pichilemu's past and present: a balustrade fused in a mitre", worn by José María Caro Rodríguez, the first Cardinal of the Chilean Roman Catholic Church, who was born in the village of San Antonio de Petrel, in Pichilemu. 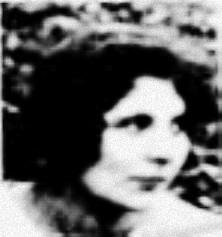 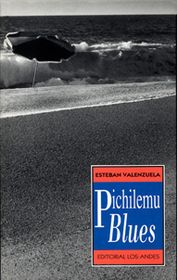 Pichilemu Blues is a 1993 book written by Chilean politician Esteban Valenzuela. A movie based on the book was also released, starring Peggy Cordero, Ximena Nogueira and Evaristo Acevedo. 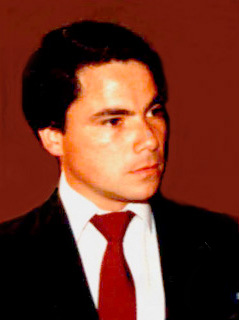 Evaristo Merino Canales de la Cerda was the ninth Mayor of the commune of Pichilemu, office which he held between May 1927 and May 1928, although the latter date is disputed.

Washington Saldías Fuentealba was the 29th Mayor of the commune of Pichilemu, office which he held between May 1971 and September 1973: his term was interrupted by the 1973 Chilean coup d'état, which put General Augusto Pinochet in the power of the country, and who later appointed Carlos Echazarreta Iñiguez as the successor of Saldías. Saldías was also regidor of the commune of Pichilemu between 1963 and 1971, and a founding member of the Club Aéreo de Pichilemu. 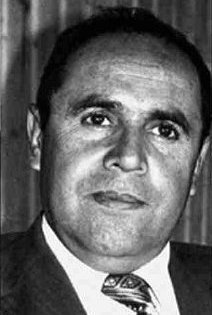 José Lino Vargas Jorquera is a Chilean politician. He was the 33rd Mayor of the commune of Pichilemu, office which he held between 1979 and 1981, after being appointed by the government junta presided by General Augusto Pinochet. The Cardenal Caro Province, of which Pichilemu is the capital, was created during Vargas' term as mayor. He also was a founding member of the Club Aéreo de Pichilemu ; Vargas is an experienced pilot.

Julio Waidele Wolff was the 34th Mayor of the commune of Pichilemu, office which he held between 1981 and 1982, after being appointed by the military government presided by General Augusto Pinochet.

Orlando Cornejo Bustamante was the 37th Mayor of the commune of Pichilemu, office which he held between September 1992 and December 1996, representing the Union of the Centrist Center (UCC). He was the first mayor of Pichilemu to be elected following the Chilean transition to democracy. In 1996 and 2000, he ran again as a candidate in the municipal elections of these years, but failed to be elected in either. 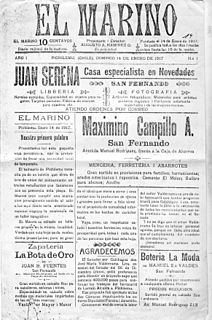 Pichilemu, originally known as Pichilemo, is a beach resort city and commune in central Chile, and capital of Cardenal Caro Province in the O'Higgins Region. The commune comprises an urban centre and twenty-two villages, including Ciruelos, Cáhuil, and Espinillo. It is located southwest of Santiago. Pichilemu had over 13,000 residents as of 2012.