True Blue is a tone of blue deeper than powder blue and lighter than royal blue that was the color for all of the athletic teams of the University of California, Los Angeles (UCLA) from 2003 to 2017. It was developed by the UCLA Athletic Department and Adidas and first introduced on home football jerseys and away basketball jerseys in 2002. [1]

Previously, the football team had worn powder blue while the basketball team wore royal blue. Fan merchandise spanned many shades of blue. [2] The UCLA Marching Band incorporated True Blue into its previous navy blue uniforms in 2007. [2] The color of the frame holding the Victory Bell was painted True Blue when UCLA was in possession of the bell after a football victory over the USC Trojans. [3]

True Blue was replaced by Powderkeg Blue for the 2017-18 season, when UCLA switched to Under Armour as its apparel provider. [4] [5] In 2021, UCLA Athletics aligned its blue with UCLA Blue, which was previously adopted by the school's academic and administrative units. [6]

The Pac-12 Conference is a collegiate athletic conference, that operates in the Western United States, participating in 24 sports at the NCAA Division I level. Its football teams compete in the Football Bowl Subdivision, the highest level of college football in the nation. 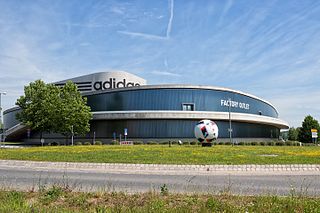 Adidas AG is a German multinational corporation, founded and headquartered in Herzogenaurach, Bavaria, that designs and manufactures shoes, clothing and accessories. It is the largest sportswear manufacturer in Europe, and the second largest in the world, after Nike. It is the holding company for the Adidas Group, which consists 8.33% stake of the football club Bayern München, and Runtastic, an Austrian fitness technology company. Adidas' revenue for 2018 was listed at €21.915 billion. 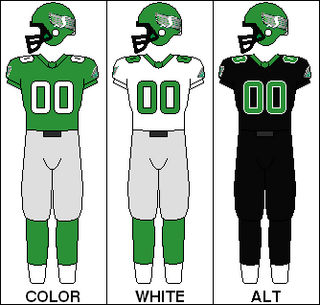 A third jersey, alternative jersey, third kit, third sweater or alternative uniform is a jersey or uniform that a sports team can wear instead of its home outfit or its away outfit during games, often when the colors of two competing teams' other uniforms are too similar to contrast easily. Alternative jerseys are also a lucrative means for professional sports organizations to generate revenue, by sales to fans. Of North American sports leagues, the National Football League generates $1.2 billion annually in jersey sales, with the National Basketball Association second, selling $900 million annually. Another use of the alternative uniform is for identifying with causes, like the Central Coast Mariners wear an alternative pink kit on pink ribbon day. 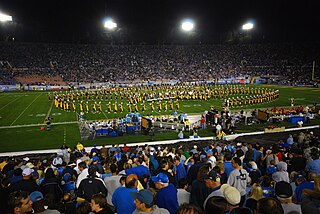 The Solid Gold Sound of the UCLA Bruin Marching Band represents the university at major athletic and extracurricular events. During the fall marching season, this 250-member band performs at the Rose Bowl for UCLA Bruin home football games. Pregame shows by the band aim to build crowd energy and enthusiasm with traditional UCLA songs like "Strike Up the Band for UCLA", "Bruin Warriors", and "The Mighty Bruins". Throughout the game, the band performs custom-arranged rock and pop songs, as well as the traditional fight songs and cheers of the university. The UCLA Varsity Band appears at basketball games and other athletic contests in Pauley Pavilion. In 2018, the Bruin Marching Band was featured on the Muse album "Simulation Theory" performing the Super Deluxe version of the song "Pressure." 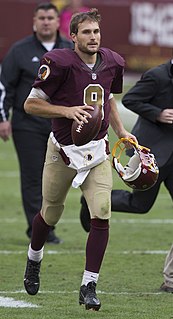 Throwback uniforms, throwback jerseys, retro kits or heritage guernseys are sports uniforms styled to resemble the uniforms that a team wore in the past. One-time or limited-time retro uniforms are sometimes produced to be worn by teams in games, on special occasions such as anniversaries of significant events. 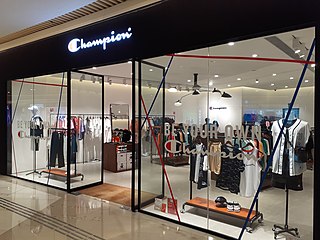 Champion is a brand of clothing, specializing in sportswear owned and marketed by American apparel company Hanesbrands, which was spun off by the Sara Lee Corporation in 2006. The company was originally based in Rochester, New York, prior to its acquisition by Sara Lee in 1989. Champion is Hanes' second-largest brand.

The "Jumpman" logo is owned by Nike to promote the Air Jordan brand of basketball sneakers and other sportswear. It is the silhouette of former Chicago Bulls NBA player and current Charlotte Hornets owner Michael Jordan.

The UCLA Bruins football program represents the University of California, Los Angeles, in college football as members of the Pac-12 Conference at the NCAA Division I Football Bowl Subdivision (FBS) level. The Bruins have enjoyed several periods of success in their history, having been ranked in the top ten of the AP Poll at least once in every decade since the poll began in the 1930s. Their first major period of success came in the 1950s, under head coach Red Sanders. Sanders led the Bruins to the Coaches' Poll national championship in 1954, three conference championships, and an overall record of 66–19–1 in nine years. In the 1980s and 1990s, during the tenure of Terry Donahue, the Bruins compiled a 151–74–8 record, including 13 bowl games and an NCAA record eight straight bowl wins. Recent success has evaded them, though, landing them with a 16-19 overall bowl game record. The program has produced 28 first round picks in the NFL Draft, 30 consensus All-Americans, and multiple major award winners, including Heisman winner Gary Beban. The UCLA Bruins' main rival is the USC Trojans. Chip Kelly became head coach in 2018.

The Victory Bell is the trophy that is awarded to the winner of the UCLA–USC football rivalry game. The game is an American college football rivalry between the UCLA Bruins and USC Trojans, part of the overall UCLA–USC rivalry. 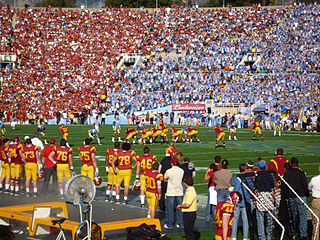 UCLA Blue is the dark azure color used in association with the University of California, Los Angeles (UCLA). It is described as a deep sky blue and is accompanied by a sun gold, UCLA Gold. Both are colloquially referred to as "blue and gold."

Russell Athletic is an American clothing manufacturer based in Bowling Green, Kentucky. Currently a subsidiary of global company Fruit of the Loom, Russell Athletic was the main brand of Russell Brands, LLC. until its acquisition in 2006.

The 1954 UCLA Bruins football team was an American football team that represented the University of California, Los Angeles (UCLA) in the Pacific Coast Conference during the 1954 college football season. They played their home games at the Los Angeles Memorial Coliseum and were coached by Red Sanders. It was Sanders' sixth season as the UCLA head coach; the Bruins finished 9–0 overall, and were Pacific Coast Conference Champions with a 6–0 record. In nine games, UCLA outscored their opponents, 367 to 40.