True Light Girls' College (TLGC, Chinese :真光女書院) is a Christian girls' secondary school in Kowloon, Hong Kong. It was founded in 1973, to commemorate the centenary of the first True Light Middle School, which was founded in 1872 in Canton by the American missionary, Harriet Newell Noyes. [1] It is run by the Kowloon True Light Middle School Management Board with the assistance of the Hong Kong Council of the Church of Christ in China.

The school is an aided EMI secondary school. Since it was built according to the standards of 30 years ago, much effort has been made to improve the basic facilities of the school premises to meet the needs of the a changing society. A new annex was completed in Autumn 2005, [2] providing four more classrooms and some special rooms in addition to the 20 classroom in the main building. There are a total of 24 classrooms, 16 special rooms, a hall, a covered playground, a canteen, a library, a student activity room, a gymnastics room, a badminton court and two basketball courts. Student TV and a School History Gallery were established in 2013 to celebrate the school's 40th Anniversary. Later on, an E-learning Centre was built in 2014 to facilitate students' learning with the convenient use of gadgets and easy access to the Wi-Fi network. [3]

Thou art the light of the world（Matthew 5:14）

The school uses a cheongsam as the student uniform, and was the first Hong Kong secondary school to adopt the garment as such. [4] 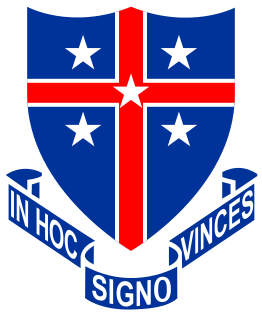 Wah Yan College, Hong Kong also referred to by its acronym WYHK is a private, Catholic, all-boys, grant-in-aid secondary education institution run by the China Province of the Society of Jesus in Wan Chai, Hong Kong. It was founded by Tsui Yan Sau Peter (1889–1980), a lay person on 16 December 1919. It was a non-sectarian school when it was founded. It is now a Roman Catholic secondary school as the Jesuits took over the operation of the school in 1932. Subsidized by the Government of Hong Kong, WYCHK is a grammar school using English as the medium of instruction. There are around 60 teachers and 800 students. It is a sister school of Wah Yan College, Kowloon

Baptist Lui Ming Choi Secondary School (BLMCSS) is a secondary school in Sha Tin, Hong Kong, near Lek Yuen Estate. It was established in 1978 by the Hong Kong Baptist Convention. Situated in the new town of Sha Tin, the school is a co-educational grammar school offering education at the first to sixth form levels education in Hong Kong. English is the major medium of instruction whereas Cantonese are used for subjects like Chinese Language, Chinese History, Chinese Literature, Liberal Studies, Visual Arts, Physical Education. In junior forms, Mandarin Chinese is also taught. The school has mission in providing an all-round education based on Christian values by nurturing their moral, intellectual, physical, social, aesthetic and spiritual skills, knowledge and attitude. It is a band 1 school.

King George V School (KGV, pronounced "K-G-Five"; is a co-educational international secondary independent school of the English Schools Foundation, located in Ho Man Tin, Hong Kong. The school has 1740 students and is one of the oldest schools in Hong Kong. Students take IGCSEs/GCSEs followed by the International Baccalaureate Diploma or the British BTEC programme. There is a Learning Support Centre for students with learning difficulties. The campus has an area of 10.2 acres. The school is one of three ESF secondary schools in Kowloon and the New Territories, the others being Sha Tin College and Renaissance College.

Ho Lap College, HLC, is a band-one grant-aided co-educational grammar school in San Po Kong, Kowloon, Hong Kong. Founded in 1969, it is a well-established secondary school in the area. In particular, HLC enjoys the status of one of the few "English as the Medium of Instruction" (EMI) school in the Kowloon district.

Kiangsu-Chekiang College (Shatin), abbreviated as KCCS or KCCST, is one of the secondary schools in Sha Tin District, Hong Kong. The school campus is next to Shatin Pui Ying College.

Kowloon True Light School is a Protestant girls' secondary school situated in Kowloon Tong, Kowloon, Hong Kong. It is supervised by The Hong Kong Council of the Church of Christ in China. Ths school is conveniently located near Kowloon Tong station.

Yew Chung International School, is a private international school in Hong Kong for boys and girls aged 6 months to 19 years. The campus is situated in Kowloon Tong, and in Kowloon City District, offer a through-train education from Kindergarten to Secondary. The school is operated by Yew Chung Education Foundation.

Hong Kong Community College (HKCC) was established in 2001 and is a subsidiary of The Hong Kong Polytechnic University. HKCC offers associate degree and higher diploma programmes spanning the domains of arts, science, social sciences, business and the specialised areas of design and health studies for secondary school leavers. Initially located on the PolyU campus, HKCC now has two campuses separated from the university.

Methodist College is a co-educational Methodist Grant School on Gascoigne Road in King's Park, Kowloon, Hong Kong. It was established in 1958 by the then Governor of Hong Kong, Sir Robert Black, K.C.M.G and is the city's oldest Methodist secondary school. The school curriculum uses English as the medium of instruction in all subjects, with the exception of Chinese-related subjects. 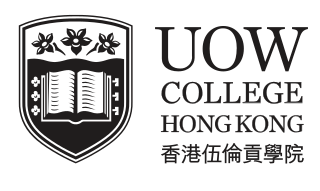 UOW College Hong Kong (UOWCHK) is part of the global network of the University of Wollongong (UOW) in Australia, one of the world’s top 200 universities. Its heritage stems from the Community College of City University (CCCU), established in 2004 under the City University of Hong Kong (CityU), which has a long history of providing higher education to the Hong Kong community. 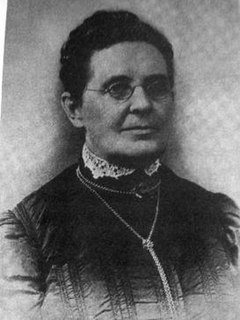 Harriet Newell Noyes was an American Presbyterian educator, writer, and missionary for fifty years. She founded the True Light Middle School, the first women's school in Guangdong Province, China, and is credited with establishing the first generation of professional women of that province.

Pooi To Middle School was founded in 1888 by the Southern Baptist Convention. As one of the few Hong Kong schools with over a hundred years of history, it aims at nurturing young women to "speak confidently and think critically in bilingual learning environment".