Ignacious "Ignace" Tirkey is an Indian field Hockey player. He plays as a Fullback and has captained the Indian team. 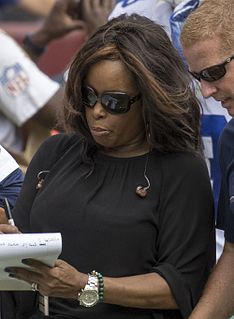 Pamela Donielle Oliver is an American sportscaster known for her work on the sidelines for various National Basketball Association (NBA) and National Football League (NFL) games.

The Illinois Fighting Illini football program represents the University of Illinois in college football at the NCAA Division I Football Bowl Subdivision level. The Fighting Illini are a founding member of the Big Ten Conference and compete in its West Division. Illinois claims five national championships and 15 Big Ten championships. 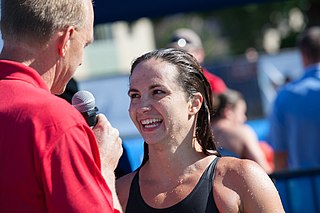 Eric Lamaze is a Canadian showjumper and Olympic champion. He won individual gold and team silver at the 2008 Beijing Olympics, riding his famed horse Hickstead. Lamaze has won three Olympic medals, as well as four Pan American Games medals and one World Equestrian Games bronze. He is considered one of Canada's best showjumpers.

Johan Clarey is a French World Cup alpine ski racer. He specializes in the speed events of downhill and super-G.

Andorra sent a delegation to compete in the 2010 Winter Olympics held in Vancouver, British Columbia, Canada, from 12 to 28 February 2010. Andorra has never won an Olympic medal, despite appearing at every Winter and Summer Games since 1976. The Andorran delegation to these Olympics consisted of six athletes, four in alpine skiing, one in cross-country skiing, and one in snowboarding, the last being Lluís Marin Tarroch, the first snowboarder to represent Andorra at the Olympics. He placed 34th in his only event, and failed to advance to the quarterfinals as a result. Francesc Soulié, the first Andorran cross-country skier to compete at the Games, made his second Olympics appearance, achieving a 47th place finish in the best of his three events. The four alpine skiers that competed recorded six DNFs in their thirteen combined events, though Mireia Gutiérrez recorded a team-high 24th-place result in her best event.

Branden Oliver is a former professional American football running back. He played college football at Buffalo and signed with the San Diego Chargers of the National Football League (NFL) as an undrafted free agent in 2014. He played in the NFL for the Chargers and in the Alliance of American Football for the Salt Lake Stallions.

Oliver Köhrmann is a German handball player. He was born in Oldenburg. He competed at the 2008 Summer Olympics in Beijing, where the German team placed 9th.

Ildar Hafizov is an Uzbek-American Greco-Roman wrestler of Tatar heritage, who competes in the featherweight category. Before his change of domicile to the United States in 2014, Hafizov represented his native Uzbekistan at the 2008 Summer Olympics, and has picked up the silver medal in his respective division at the 2011 Asian Wrestling Championships, coincidentally in his home city Tashkent, losing out to Kyrgyzstan's Arsen Eraliev. 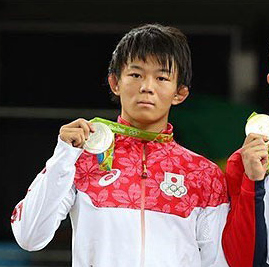 Rei Higuchi is a Japanese freestyle wrestler who won a silver medal in the 57 kg division at the 2016 Olympics.