Mørk was born in Bergen, Norway to a cellist father, John Fritjof Mørk, and a pianist mother, Turid Otterbech. [1] His mother began teaching him the piano when he was seven. Mørk also played the violin, but soon switched to the cello, taking lessons from his father.

Mørk began his studies with Frans Helmerson at 17 at Edsberg Music Institute. An admirer of Mstislav Rostropovich and the Russian school of cello, Mørk went on to study with the Russian cellist Natalia Shakhovskaya.

In 1982, Mørk became the first Scandinavian musician to reach the finals of the Tchaikovsky Competition in Moscow since Arto Noras in 1966, and won the sixth prize. [2] He subsequently went on to win second prize at the 1986 Naumburg Competition in New York City and, in 1986, the Cassado Cello Competition in Florence. In 1989, he embarked on his first major concert tour, soloing with many of the finest orchestras of Europe. In 1994, he toured the United States with the Oslo Philharmonic, including debuts at Carnegie Hall and the Kennedy Center.

Mørk's discography includes an award-winning recordings of the Shostakovich Cello Concertos and of Bach's Suites for Solo Cello. He has recorded for such labels as Virgin Classics and harmonia mundi. [3] Mørk's interest in chamber music led to the foundation of the International Chamber Music Festival of Stavanger.

In April 2009, Mørk experienced an infection of the central nervous system, presumably caused by a tick bite he received in the United States in 2006, with subsequent encephalitis, and paralysis in the shoulder muscles of the left arm. In the autumn of 2009, he expressed concern that he might never be able to perform again. [4] After 18 months away from concert activity, during which time he was awarded the 2010 Sibelius Prize, [5] Mørk resumed his career.

Mørk holds a Professorship at the Norwegian Academy of Music, Oslo. For more than 30 years, he performed on a rare Domenico Montagnana cello (Venice, 1723), whose scroll was made by Stradivarius. Norway's SR-Bank purchased the cello, and loaned it to him. The instrument was recently bought by the Dkfm. Angelika Prokopp Privatstiftung, which now loans it to cellist Harriet Krigjh. 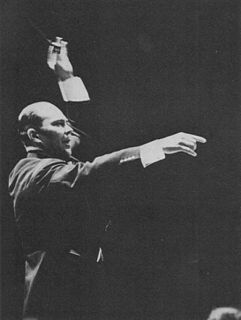 Håvard Gimse is a Norwegian classical pianist from Kongsvinger, and the brother of the cellist Øyvind Gimse. He has received the Griegprisen (1996) and the Steinway Award (1995). Gimse has done several recordings for Naim Audio, Naxos Records, Sony Classical Records, Chandos Records and Simax. 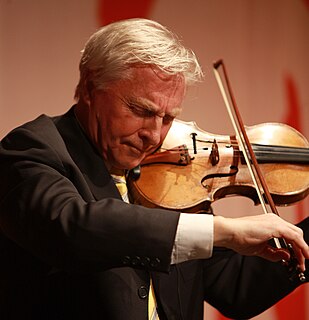 Alisa Weilerstein is an American classical cellist. She was named a 2011 MacArthur Fellow.

Solveig Kringlebotn, better known outside Norway as Solveig Kringelborn, is an internationally known Norwegian operatic soprano. In April 2006, she created the role of Refka in the world premiere of Kaija Saariaho's opera Adriana Mater at the Opéra National de Paris. 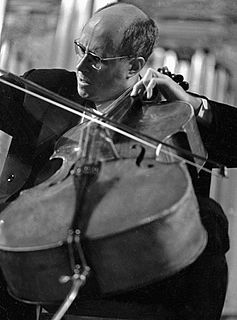 Tout un monde lointain... is a concertante work for cello and orchestra composed by Henri Dutilleux between 1967 and 1970 for Mstislav Rostropovich. It is considered one of the most important 20th-century additions to the cello repertoire and several major cellists have recorded it. Despite the fact that the score does not state that it is a cello concerto, Tout un monde lointain... has always been considered as such.

Det Norske Kammerorkester or The Norwegian Chamber Orchestra is a chamber orchestra based in Oslo. 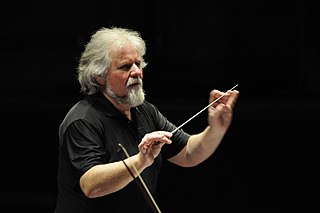 Towards the Horizon is the second cello concerto by the Finnish composer Einojuhani Rautavaara. The work was commissioned by the Minnesota Orchestra under the direction of Osmo Vänskä. It was first performed by the cellist Arek Tesarczyk and the Minnesota Orchestra conducted by Osmo Vänskä in Orchestra Hall, Minneapolis, on September 30, 2010. The piece is dedicated to the cellist Truls Mørk, who was originally scheduled to perform the world premiere, but had to drop due to health concerns.