This disambiguation page lists articles associated with the title Trumai.
If an internal link led you here, you may wish to change the link to point directly to the intended article.

Chinese can refer to: 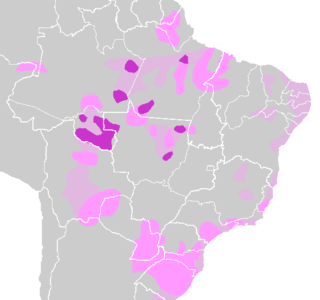 The Tupi or Tupian language family comprises some 70 languages spoken in South America, of which the best known are Tupi proper and Guarani.

A question is an utterance which typically functions as a request for information, which is expected to be provided in the form of an answer. Questions can thus be understood as a kind of illocutionary act in the field of pragmatics or as special kinds of propositions in frameworks of formal semantics such as alternative semantics or inquisitive semantics. Questions are often conflated with interrogatives, which are the grammatical forms typically used to achieve them. Rhetorical questions, for example, are interrogative in form but may not be considered true questions as they are not expected to be answered. Conversely, non-interrogative grammatical structures may be considered questions as in the case of the imperative sentence "tell me your name."

Luiz Roberto de Barros Mott or Luiz Mott in São Paulo, is an anthropologist and a gay rights activist in Brazil.

The Bororo are indigenous people of Brazil, living in the state of Mato Grosso. They also extended into Bolivia and the Brazilian state of Goiás. The Western Bororo live around the Jauru and Cabaçal rivers. The Eastern Bororo (Orarimogodoge) live in the region of the São Lourenço, Garças, and Vermelho Rivers. The Bororo live in eight villages. The Bororo are an ethnic group in Brazil that has an estimated population of just under two thousand. They speak the Borôro language and are mainly of animistic belief. They live in eight villages in the central areas of Mato Grosso. A famous exponent of this group is Cândido Rondon, Brazilian army official and founder of Fundação Nacional do Índio . Bororo's culture was closely studied by French anthropologist Claude Lévi-Strauss during his expedition to Amazonia and Mato Grosso (1935–1936), described in his famous book Tristes Tropiques (1955).

Je–Tupi–Carib is a proposed language family composed of the Macro-Je, Tupian and Cariban languages of South America. Aryon Rodrigues based this proposal on shared morphological patterns. 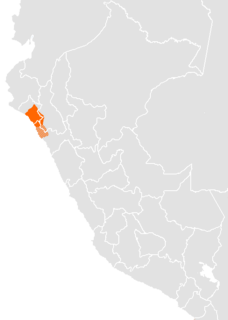 Mochica is an extinct language formerly spoken along the northwest coast of Peru and in an inland village. First documented in 1607, the language was widely spoken in the area during the 17th century and the early 18th century. By the late 19th century, the language was dying out and spoken only by a few people in the village of Etén, in Chiclayo. It died out as a spoken language around 1920, but certain words and phrases continued to be used until the 1960s. 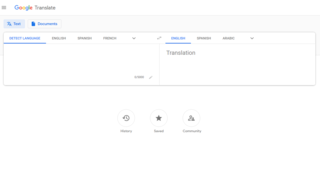 Google Translate is a multilingual neural machine translation service developed by Google, to translate text, documents and websites from one language into another. It offers a website interface, a mobile app for Android and iOS, and an application programming interface that helps developers build browser extensions and software applications. As of May 2021, Google Translate supports 109 languages at various levels and as of April 2016, claimed over 500 million total users, with more than 100 billion words translated daily. 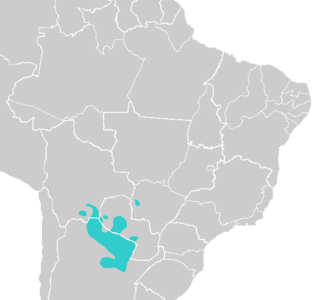 Mataguayo–Guaicuru, Mataco–Guaicuru or Macro-Waikurúan is a proposed language family consisting of the Mataguayan and Guaicuruan languages. Pedro Viegas Barros claims to have demonstrated it. These languages are spoken in Argentina, Brazil, Paraguay, and Bolivia. 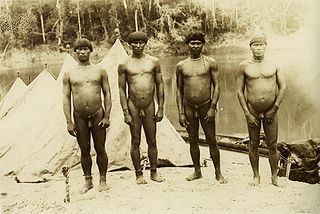 Xingu peoples are indigenous peoples of Brazil living near the Xingu River. They have many cultural similarities despite their different ethnologies. Xingu people represent fifteen tribes and all four of Brazil's indigenous language groups, but they share similar belief systems, rituals and ceremonies.

The Xingu Indigenous Park is an indigenous territory of Brazil, first created in 1961 as a national park in the state of Mato Grosso, Brazil. Its official purposes are to protect the environment and the several tribes of Xingu indigenous peoples in the area.

Buell Halvor Quain was an American ethnologist who, after graduating from University of Wisconsin–Madison and studying as a graduate student at Columbia University, worked with native peoples in Fiji and Brazil. He published a total of four books, three of them posthumously.

Macro-Otomákoan is a proposal linking three small language families of the Amazon: The Harákmbut (Tuyoneri) family, the extinct Otomakoan languages, and the Trumai language isolate. It was proposed by Kaufman (1990) and slightly modified in Kaufman (2007).

Trumai is an endangered language isolate of Brazil. Most Trumai are fluent in languages of wider communication, and children are not learning it well.