Trump Tower at City Center is a 35-story condominium located in the city of White Plains in Westchester County, New York. [1] It was completed in 2005, and it opened on September 21 of that year with 212 residences. The Trump Organization (partnered with Westchester developer Louis R. Cappelli) led the development, sales, and management of the building. [2] The building is attached to a municipal parking building whose rooftop holds the outdoor amenities for the Trump Tower residents. Rooftop amenities include two tennis courts, a putting green, playground, a basketball court, and a 20-meter swimming pool (maximum depth of 4 feet, 8 inches), which is claimed to be "olympic size" in combination with the pool deck and lounge area. [3] On August 5, 2021, the condo unit owners voted to rebrand the building and remove the Trump name. A new name will launch likely by January 2022.

OneEleven is a luxury rental apartment tower located in downtown Chicago, Illinois. The building is located between LaSalle Street and Clark Street, adjacent to River North and directly on the Chicago River.

Trump Plaza New Rochelle is a 40-story luxury residence located in downtown New Rochelle, New York. It was built by Cappelli Enterprises, the same developer that built Trump Tower at City Center in nearby White Plains. Trump Plaza was the tallest building in Westchester County and the tallest building between New York City and Albany until the completion of the 44-story, twin-towered Ritz-Carlton hotel in White Plains. 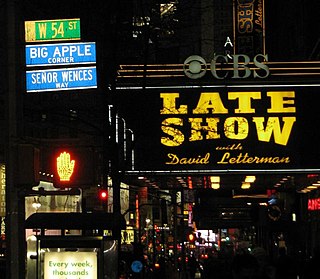 Manchester Grand Hyatt San Diego is a high-rise hotel complex in San Diego, in the U.S. state of California, composed of two towers. The towers are the third- and ninth-tallest buildings in the city. Developed by Doug Manchester and owned by Host Hotels & Resorts, the taller tower is the tallest building on the waterfront on the West Coast, and with 1,628 rooms, it is Southern California's largest hotel. Because of its proximity to the waterfront, as well as its amenities, the Manchester Grand Hyatt is referred to as a spa and resort.

Prudential Financial, as it is known today, began as The Widows and Orphans Friendly Society in 1875. For a short time it was called the Prudential Friendly Society, and for many years after 1877 it was known as the Prudential Insurance Company of America, a name still widely in use. Based in Newark, New Jersey, the company has constructed a number of buildings to house its headquarters downtown in the Four Corners district around Broad and Halsey streets. In addition to its own offices, the corporation has financed large projects in the city, including Gateway Center and Prudential Center. Prudential has about 5,200 employees in the city.

252 East 57th Street is a mixed use modernist style residential skyscraper in Midtown Manhattan, New York City, developed by the World Wide Group and Rose Associates, Inc. Construction started in 2013, 252 East 57th Street is part of a redevelopment of 57th Street into a luxury residential corridor called Billionaires' Row. The residential tower rises to 712 feet (217 m) with condominiums starting on the 36th floor, and is the 63rd tallest building in New York. The complex also houses two new schools and 78,000 square feet (7,200 m2) of retail space, in addition to a Whole Foods Market. The residential tower and additional retail portions were anticipated to open in late 2016, and the project was largely complete by 2017.